A defect immediately appeared on the eye-catching white stripes of the arachne’s abdomen. A large hole had appeared from which yellowish fluids sprayed out like a gush of rain.

Such an injury was indeed serious but not to the point where it would threaten its life. The arachne possessed tenacious vitality and could regenerate even if its entire abdomen was cut off. However, Qianye’s physical bullet just now was instilled with his blood energy which, after entering the wound, immediately began to gorge itself on the abundant darkness origin power.

Qianye calmly ran to another position.

The machine gun on the cargo truck spewed out flames as it swept randomly, spraying bullets through the air like rain. This scene caused Qianye to shrug his shoulders—it was meaningless to fire from such a range. Barring the vampires, there were few among the dark races who could snipe from a range exceeding 500 meters, and these werewolves and arachne were no exception. This granted Qianye a home-field advantage.

Qianye arrived at the next vantage point and aimed his Eagleshot at the arachne climbing out of the other cargo truck. At a range of less than 500 meters, the latter’s large body was like an easy target. Killing this arachne would leave Bernt the Brave as the only rank five warrior of their group.

There were, however, a large number of lower ranked werewolves remaining, and the wargs and swordspiders could also prove to be quite troublesome. But the battleground was rather secluded and there shouldn’t be any passersby in the short term. There was sufficient space for Qianye to slowly chip away at these scattered troops.

As expected, that arachne also fell under Qianye’s gun—the Eagleshot’s firepower could be discerned from the former’s fate. Its whole abdomen had disappeared, leaving the upper body barely alive but likely not for long, judging from the way it was squirming weakly.

Next up was Bernt.

The tall werewolf had finally realized that holding their position would make them easy targets. He stood on top of the car and let out a long howl while beating his chest. He then crouched down, arched his body, and leapt toward Qianye’s position at lightning speed.

All the werewolves were dauntlessly following behind him. To them, a distance of a few hundred meters could be crossed within the blink of an eye. The werewolves shuttled left and right, advancing in a zig-zag fashion. It almost seemed as if these movements had little effect on their speed.

Human snipers had always been a great threat to the dark races because, due to racial characteristics, none of them were proficient in the use of origin guns. The only exception was the vampire race. However, the dark races had long since developed their own ways of dealing with human snipers.

The werewolves relied on their sprinting speed and evasion abilities to engage in a direct attack. The arachne would spit out spiderwebs toward the sniper’s relative position and slowly seal off the latter’s escape routes, eventually turning them into swordspider food.

But this time, the werewolves weren’t facing an ordinary human sniper.

Qianye locked onto Bernt with relative ease and pulled the trigger on this gigantic brown-furred werewolf. The origin power bullet whizzed out once again, its destination was to Bernt’s left. The werewolf shifted to the side to evade but found himself colliding with the incoming bullet.

Half of Bernt’s body vanished, sending what remained of his injured body tumbling through the air for quite the distance before crashing onto the ground. Although the unyielding werewolf was struggling and his cries were still vigorous, the injuries he had sustained were apparently unsalvageable.

The remaining werewolves didn’t cower after losing their leader. Only when they reached a point within 100 meters did Qianye put down his Eagleshot and, drawing the Twin Flowers, aimed rather casually.

Two more werewolves fell in a puddle of blood as the illusory flower blossomed mid-air. Every shot from the Twin Flowers at full power was lethal to these rank four werewolves.

After two shots, ten werewolves had already surrounded Qianye, and there were even more wargs and swordspiders rushing over behind him.

Cruelty and carnivorous craving appeared within their eyes. To them, a captured human sniper was a delicacy with abundant origin power. Human snipers were notoriously weak in melee regardless of their rank. The werewolves didn’t notice the gaze with which their supposed prey was looking at them—it was the gaze of a hunter.

Qianye calmly returned the Twin Flowers to their holsters and drew the Radiant Edge, into which he poured a mixture of origin and blood energy. The patterns on the vampire dagger lit up once again. This time, however, its radiance bore the dense color of blood which lingered on its edge and emanated a desolate aura.

A strong gale carrying the stench of blood arose from behind Qianye as he lowered his body and spun around, swinging his sword arm to attack. The brilliance of the Radiant Edge instantly intensified as it drew a bloody arc in the air.

A werewolf rushed past Qianye’s side. However, it didn’t land safely afterward and instead rolled away as if it had lost control. On the way, its head dropped off, followed by a front paw, then another—the cut edges were incomparably bright and clean.

Qianye looked down at the blade in his hand in surprise. He had felt very little resistance from the slash just now even though he had cleanly cut through the wolf's head and claws. How sharp!

As a dark race champion level weapon, this kind of grade five melee weapon would only be able to reveal its true might in the hands of vampire viscounts. Qianye didn’t expect his blood energy to unleash the weapon’s true power.

Fallen werewolves were soon strewn across the battleground. A swordspider appeared before the fervent Qianye who, with a flash of his dagger, cut off its two front limbs before stabbing at its disproportionately small brain. Only after all of this did he remember that he wasn’t here on a hunting mission and had no need to bring back these dark race body parts.

The two fortunate werewolves who had survived the fight had already lost the courage to fight. They slowly edged back and suddenly turned to flee.

Qianye didn’t pursue them and only muttered, “A bunch of idiots who think they can benefit from this trade! Look at yourselves!” Qianye’s voice wasn’t loud but the werewolves, with their sharp senses, certainly heard him loud and clear.

Qianye had released traces of his blood energy while he was investigating the trading camp in order to add a layer of disguise. A brilliant idea came to his mind when he saw the definite suspicion and fury in their eyes while brandishing the Radiant Edge. Thus, he added the last few words in order to strengthen his misdirection. As for how the two surviving werewolves would report this matter or what kind of disturbance it would create, none of those was the target of his concern.

However, Qianye didn’t expect much from an instigation of this level—it wasn’t his forte to begin with—he quite preferred to meet enemies in open battle.

Cleaning up the wargs and swordspiders was only a matter of time. He also sent the dying arachne on their way. After cleaning up the battlefield, he was finally able to inspect the merchandise.

He approached the storage compartment on one of the cargo trucks and crushed the lock on it—what he saw inside stunned him immediately.

There were over a dozen people within the rectangular compartment, young men and women to be precise. One could sense the superior vitality within them although they were downcast and listless. Qianye even saw a few prisoners who had been restrained with special handcuffs. Could these origin shackles mean they were fighters who had awakened their origin power!?

“Come down and line up beside the car. Don’t move about randomly. Did I make myself clear!?”

The voice with which he issued orders wasn't particularly loud and his tone was calm, but it was still able to compel the people's obedience completely. They jumped down from the compartment one by one and swiftly fell into formation beside the car. The speed was almost comparable to that of the regular army.

A certain uncomfortable premonition rose in his heart. He frowned and stopped a rather well-built man and tore the latter’s sleeve off from his shoulder, revealing a tattoo depicting a bayonet, a helmet, and a poisonous snake.

Qianye was no stranger to his pattern. He whispered, “The 65th division?”

The man forced a smile and replied, “I used to be. But now… as you can see, I’m just a merchandise.”

Qianye nodded. He went on to open up all the other storage compartments and had everyone come down. Apart from two cars which contained 8 to 12 years old children, the rest were all good-looking men and women below 30.

What surprised Qianye was that he found some rather familiar faces among these people—the people he had saved from vampire territory.  They had actually appeared once again on a truck bound for the dark race territory.

“How did this come about?” Qianye inquired.

The youth apparently remembered Qianye. He bitterly laughed amidst his surprise. “Successfully passing the quarantine wasn’t enough. We didn’t know anything else besides growing plants and could only find some odd jobs to do. Gradually, many of us could no longer hold on. It was at this time that some gangs found us. They told us that a ranch on the outskirts was recruiting skilled individuals. However, they captured us all once we were out of the city.”

This kind of situation wasn’t too surprising. Many among the massive low socioeconomic population had no fixed income. The most important thing they had to do every day was to earn the next meal. These people comprised a major source for the slave trade. Many people would mysteriously disappear each year, but the city administration would mostly turn a blind eye as this lessened a fair bit of potential trouble for them.

That youth continued, “It’s said that a certain vampire marquis asked for us by name. We were to become the main dish for a blood feast of vengeance.”

The youth replied, “That is indeed his name. I heard the werewolves mention this matter many times.” 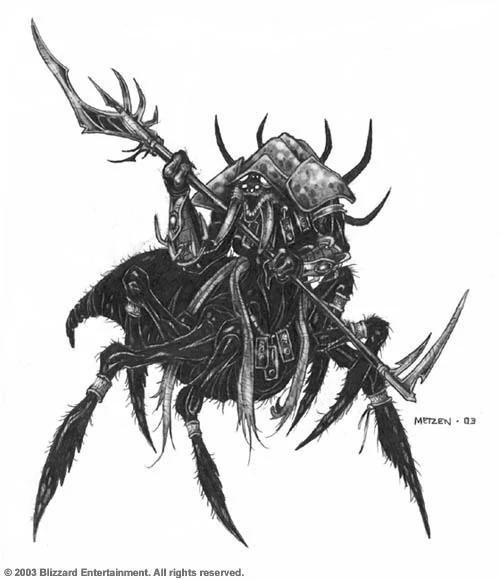 UPDATE: I've more or less recovered now. Thanks for the well-wishes and understanding ^_^ You guys are the best!

UPDATE: Thanks for all the well-wishes. I'm still working little by little when I feel okay, but progress has been very slow. I hope to be able to...