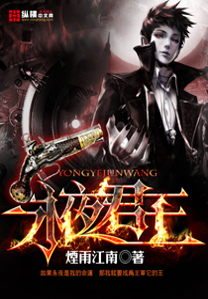 Monarch of Evernight is a steampunk fantasy novel with Western fantasy elements like vampires, werewolves, arachnids, and a sniper protagonist. The story is mature, dark, and involves deep intricate plots centered around large-scale wars and politics. It's largely different from traditional wuxia in that it has a faster pace, frequent action, and little to no fillers.

The story starts with the protagonist as an abandoned child and follows him as he survives a cruel, spartan education to finally enlist as a proud elite of the empire. There, one day, an accident befell him that would change his entire life, strain all of his beliefs, and challenge everything he was taught to hate. An imperfect human being, we follow him as he matures both in strength and as a person, gaining allies and enemies alike as he marches onward. As to where that path would take him, however, is something we shall discover along the way.

The story picks up at volume 2 and increases in pace thereafter. Volume 1 is more or less a long prologue.

The percentage completion towards the next goal (9 chapters/week) can be checked in the widget bar.

(Note: The widget is manually calculated and updated, so it doesn't work in real time. I'll try to update it at least once or twice a week, or if there are significant changes in number.)

Zongheng Synopsis: Qianye rose from hardship but was felled by betrayal. From then, one man, one gun; he tread the path between Evernight and Daybreak and became a legend. Even if Evernight was destined to be his fate, he still intends to become the ruler who dictates.