Loud sounds came from behind Xing Beichen’s back as Yin Yanan let out pained screams, as if she had suffered heavy blows.

The fiery clouds Qiao Yunxi had created with her Nine Yang Pearls were torn to shreds like a piece of canvas as they descended on the storm of sword lights.

At the same time, a terrifying gravitational force was born within the storm of sword lights, where Xing Beichen was.

Many small rocks in the surroundings were attracted and flew towards Xing Beichen from all directions.

As soon as they fell into the storm, they were chopped up and became flying dust that filled the sky.

Nie Tian couldn’t see Yin Yanan, who was blocked from sight by Xing Beichen. However, he could see Qiao Yunxi’s face turning red as she did her utmost to fight the strong gravitational force.

Qiao Yunxi’s garments were suddenly ripped from her, leaving only a tight suit of armor.

The suit of armor was as thin as cicadas’ wings, and seemed to be made of the skin of some fire-attributed spirit beast. It matched her curves perfectly, and somehow managed to stay on her without being ripped to shreds by the strong gravitational force.

She looked very anxious, yet didn’t know what to do. She turned to look at Nie Tian repeatedly, hoping he could somehow match Xing Beichen’s terrifying battle prowess.

Originally, she had been the farthest away from Xing Beichen. However, under the irresistible gravitational force, she couldn’t help but stumble towards the storm of sword lights, as if she was eager to charge into it and turn herself into mangled flesh and bones.

At this crucial moment, Nie Tian once again launched a secret magic he had learned from the titans. “Primal Chaos!”

However, since he couldn’t use his soul power, the Primal Chaos was less mighty than it should have been.

As the Primal Chaos spread with Nie Tian at its center and came into contact with the storm of sword lights, numerous spots of light seemed to be attracted and started swarming towards Xing Beichen, along with a mysterious force that could twist heaven and earth and render all other forces disordered.

Xing Beichen gasped upon seeing this.

Numerous spots of light exploded like fireworks after entering the storm of blade lights. Xing Beichen’s gasp turned into a muffled groan.

In the next moment, Nie Tian saw every bit of the power of the Primal Chaos flying uncontrollably into the storm of sword lights, along with every dashing light and shining spot.

The hovering sword lights, which had been vested with spirits by the Seven Ultimate Soul-splitting Sword Formation, instantly fell into chaos.

Originally, they had never collided with one another, even though there were thousands of them.

However, now that Nie Tian’s Primal Chaos had ‘merged’ with the storm of sword lights, the sword lights started flying into one another, giving rise to loud clunks.

Because of this, not only did the storm of sword lights instantly fall apart, but Xing Beichen also suffered a severe backlash.

One sword light after another rapidly shot uncontrollably in every direction.

Soon, he was covered in blood.

Yin Yanan also let out sharp screams, as she apparently suffered from the same situation.

Qiao Yunxi, however, scrambled backwards as soon as the storm of sword lights fell apart and the gravitational force disappeared. Since she was the farthest from Xing Beichen, she managed to escape in time, and didn’t sustain any serious wounds.

As the flying sword lights crashed to the ground, Xing Beichen’s figure once again appeared.

He was still holding that black spiritual sword in hand, though blood was now flowing from the corners of his eyes and rolling down his cheeks, giving him a sinister look.

Panting heavily, Xing Beichen fixed Nie Tian with a bewildered gaze. “Such a strong field power… You’re only at the Worldly realm. How did you come to master such a strange field power?!”

After hearing her exclamation, Nie Tian and Qiao Yunxi also quickly noticed that the strange force that had restrained their soul awareness had disappeared.

The Flame Dragon Armor instantly flew out and descended on Nie Tian, giving a strong boost to his aura.

“Master, I’ve overconsumed my power by taking you to that other place and refining those souls,” The Flame Dragon Armor’s soul said weakly. “I’m afraid I won’t be of much help to you.”

That was when the Bone Blood Demon and the Star Boat also flew out of his ring of holding.

Qiao Yunxi let out a sigh of relief as she rapidly took out new garments and put them on before she dashed towards the Flame Bird.

Regret filled Xing Beichen’s face as he said, “It’s hard to believe that I actually lost this battle, but never mind. I’ll have plenty of opportunities to deal with you in the future.”

“There won’t be any future for you!” Yin Yanan said, every word filled with bone-piercing coldness. “You’re truly insane. I can’t believe you actually dared to try to kill Qiao Yunxi and me. Even your status as the chosen one of the Trisword Sect won’t save you now!”

“See you guys,” Xing Beichen said with an expressionless face.

The seven spiritual swords of different colors suddenly flew down from the sky and rapidly interwove into a mysterious formation.

Xing Beichen jumped lightly onto the sword formation, where he stood and flew away at a shocking speed.

In Nie Tian and the girls’ eyes, the sword formation was like some sort of escape magic, and its speed was even faster than the Flame Bird’s.

Just as Qiao Yunxi hoped to chase after him on her Flame Bird, she saw the sword formation disappear and reappear from time to time as it flew farther and farther away.

Every time it reappeared, it would be in a place several kilometers farther away. Within seconds, it disappeared completely from their sight.

Yin Yanan gritted her teeth as she said, “I can’t believe he can actually use those spiritual swords as a means of escape!

“That man is as cunning as a fox. He had a flying means that’s faster than the Flame Bird in his possession all along. Yet he fooled us with his Broken Sword!”

Qiao Yunxi gazed in the direction Xing Beichen had disappeared in and chimed in with an angry expression, “He didn’t harbor good intentions towards us this whole time. But that sword formation isn’t an air-transportation spiritual tool. It’ll inflict a backlash on him to use it. He’s only using it because he’s out of options.”

Nie Tian remained silent, but he was well-aware that the sword formation Xing Beichen used was similar to his long-range Starshift.

Such escape magics could allow the casters to instantly extract themselves from the battlefield, yet they would usually inflict a backlash on the casters as well. Adding in that Xing Beichen had been injured by the Primal Chaos, he would definitely remain off the grid for some time.

Still in disbelief, Qiao Yunxi asked, “Is he insane? How did he dare to make an attempt on our lives? Didn’t he worry that even the Trisword Sect wouldn’t be able to protect him if things somehow leaked?”

Yin Yanan pondered briefly before saying slowly, “I’ve heard that he’s not from the Domain of Heaven’s Boundaries. The sectmaster of the Trisword Sect brought him to our domain from some other place. Perhaps for this reason, he doesn’t have a sense of belonging with the Trisword Sect, and never treated the Trisword Sect his home.

“He doesn’t even attach much importance to the sect that provides him with everything he needs. It’s only natural that he doesn’t care about our status.

“I’m guessing the domain he’s from is more powerful than the Domain of Heaven’s Boundaries. And he’s only with the Trisword Sect for the time being.”

Qiao Yunxi was shocked. “How do you know all that?!”

While the two of them talked, Nie Tian sat down in silence and started recovering his spiritual power with spirit stones.

He had almost died in this battle against Xing Beichen, and had consumed too much power by launching Titan’s Wrath and Primal Chaos. He needed to recover as soon as possible.

Besides, he’d suffered serious injuries, and needed to heal the bloody holes all over him with Heavenly Wood Heal right away.

After realizing that Xing Beichen’s sword formation was actually an escape magic, Yin Yanan also gave up on summoning the Frost Blood Python to chase after him.

As she noticed that Nie Tian had already started healing himself and recovering his strength, she ended her conversation with Qiao Yunxi and jumped back to the meteor where the Frost Blood Python was, bearing the pain from her wounds.

Clearly, she feared that Xing Beichen would return later, and believed that she would be the safest by her Frost Blood Python’s side.

As Yin Yanan turned around and left, Qiao Yunxi reminded Nie Tian, sounding as if she still hadn’t recovered from the near-death experience, “You’d better not put that puppet of yours back in your ring of holding again.”

Nie Tian opened his eyes and nodded at her. Then, he threw a soul crystal to her and said, “Recover as quickly as you can.”

Qiao Yunxi grabbed the soul crystal, a hint of gratitude appearing on her face. However, she didn’t say anything, but rather sat down and started recuperating.

Yin Yanan suddenly turned back and stretched her hand towards Nie Tian. “Give me one. My true soul was injured by the Seven Ultimate Soul-splitting Sword Formation too. We fought enemies side by side. You wouldn’t be so stingy as to turn me down, right?”

Our lucky winner has received the folding fan, and he seems to like it.

Also, from the look of it, this fellow cultivator must also practice with spiritual alcohol too. 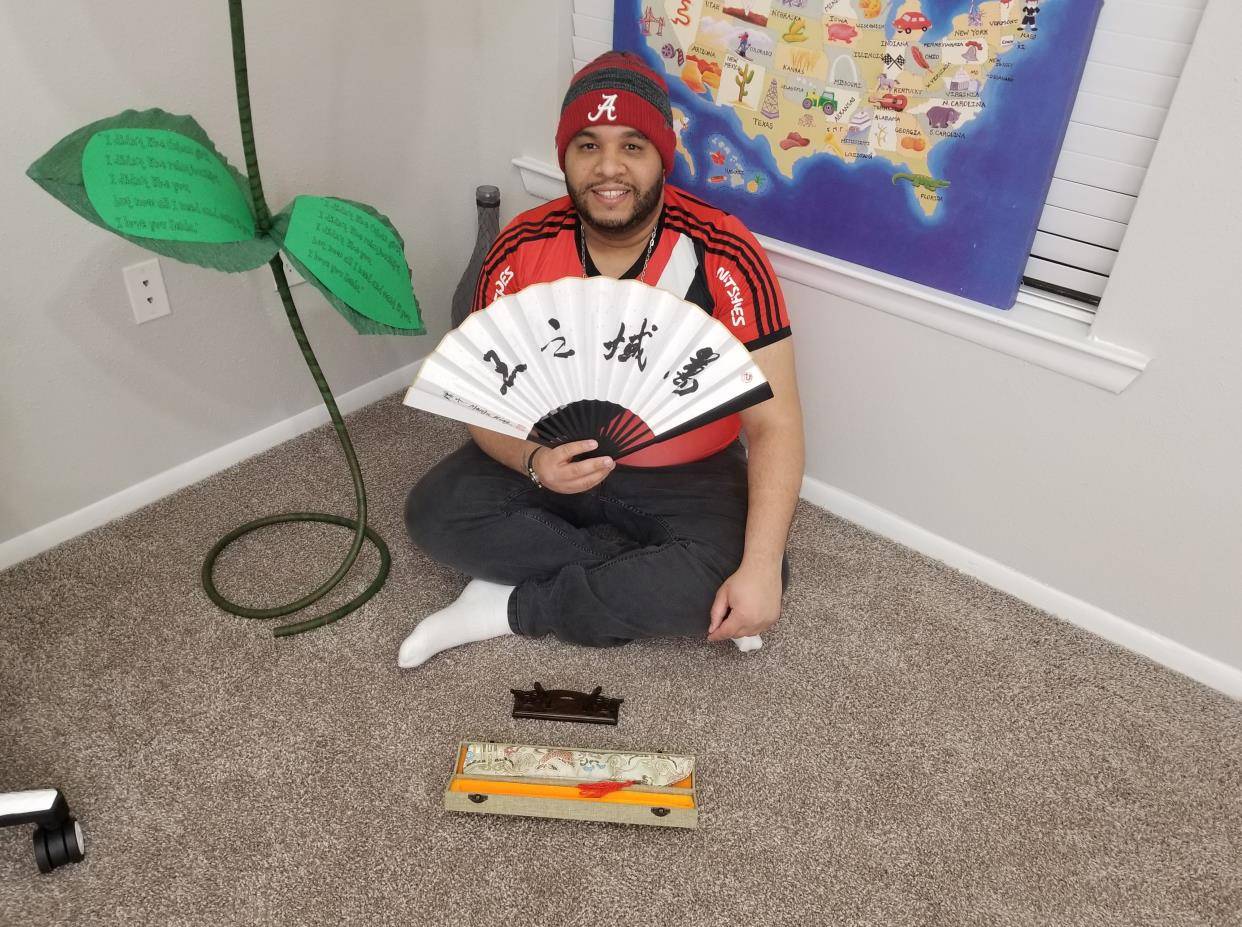 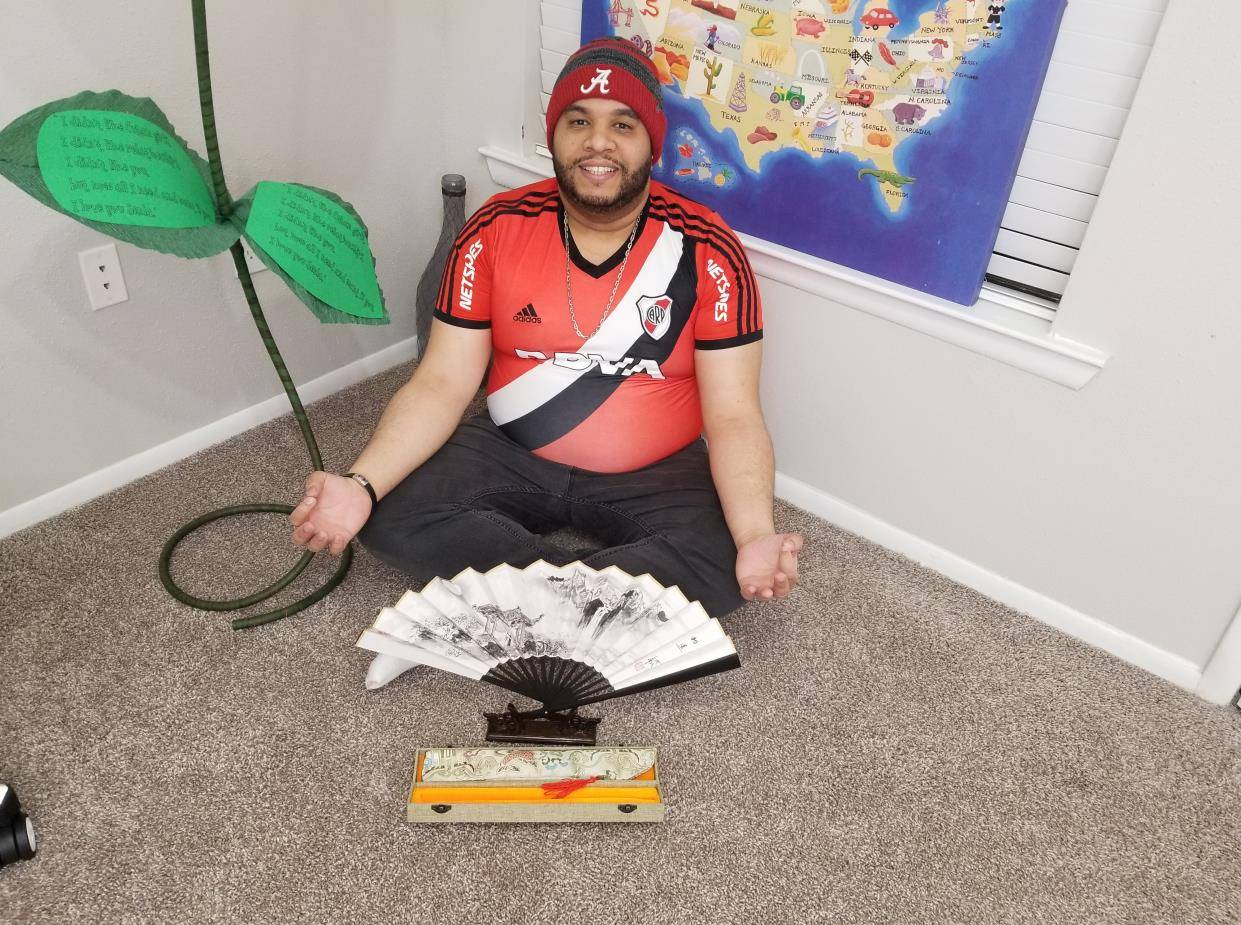