Just letting you know that a new version of the webtoon for Ranker's Return has been released. It is different from the old one and has just recently started. Even if you can't read Korean, you can check out the chapter icons for character designs. Be sure to check it out at the link below:

My surgery date has been changed from July 19th to 4th August and it requires a stay in the hospital. Therefore, chapters the week of July 19th will be normal but for the week of August 4th, the chapters will definitely either be on Sunday or will be included in the next week's tally. Please be aware of this when subscribing to advance chapters.

Surgery July 19th, Chapters Might be Delayed to End of the Week

I'm going to have minor surgery on July 19th to fix an airway problem that I've been having. It requires an overnight stay at the hospital but recovery should be fairly quick. I am going to try and translate chapters in advance so I don't have to skip that week, however, I probably won't have the energy to upload straight away after the surgery.

For that week, expect chapters more toward the end of the week than the start. They might even be all on Sunday.

I know I was planning to start releasing 7 chapters a week next week but I had a bit more catch-up work then I expected coming back from my work trip. Fortunately, I have cleared most of it up so I should soon be back on track. Unfortunately, it does mean I will have to push back the weekly 7 chapters by one week and it will now start on the 13th April.

Sorry for the bad news. There will be no RR chapters in the week of the 22nd to 28th March. I have to go on a work trip to a rural area in that week which means spotty/no Internet and being extremely busy and exhausted. Updates will resume as normal once I come back.

Sponsors, please be aware of this when subscribing or renewing your subscription.

Some slightly better news? Since EYEM is finished, I do plan to slightly increase the release rate of RR to 7 chapters a week. Was hoping to do more but work is getting busier. The change in schedule will probably be implemented on the week starting with the 5th of April to give me time to rest and recover from the work trip.

Voting has closed and the results have been tallied. Thank you for everyone who participated and congratulations to those who won! Winners, please email me with your preferred payment method such as paypal, ko-fi donations etc.

All fanart and fanfiction will be added to a page that will be linked at the bottom of each chapter. 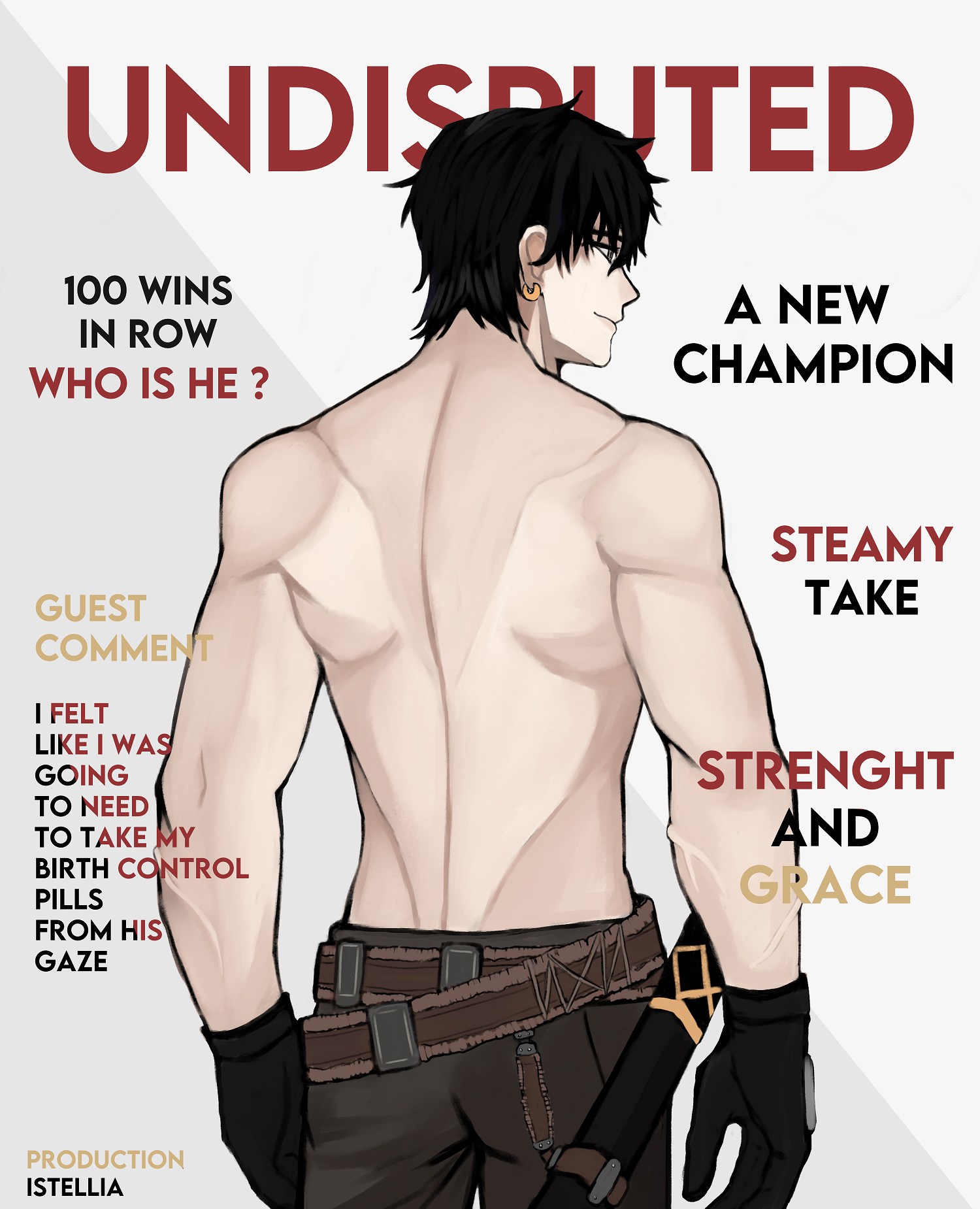 Minor change but I've received confirmation that Gang Junggu and Kim Seokjung probably speak Korean with Hyeonu so I'll be making some changes to the honorifics and how they are called when talking.

Hyeonu = calls both Kim Seokjung and Gang Junggu by Brother so far. I'll probably change it to 'hyung-nim' (older brother) from now on.

You can check out the glossary of common Korean terms linked in the chapters if you ever feel confused about any of these terms.

Please check out this page for all the details.

The OG event is also open for voting and you can see all the details here.

Hi guys, it will soon be the sixth anniversary of when I started translating on December 7th. To celebrate, I have decided to hold a fanart and fanfiction competition for all my novels where you can gain the chance to win some cash prizes. Since I know that Overgeared will probably have an overwhelming number of entries if I join all my novels together, I have decided to hold two separate competitions. One for just Overgeared and one for Ranker's Return and Everyone is Young Except for me.

Since RR and EYEM are both newer novels, I am a bit worried about the number of entries. Therefore, I have decided to increase the prize for the EYEM and RR competition.

The submission date for this event is November 15th, 11:59 p.m. (GMT +10). All entries have to be submitted by this date to be considered valid. After this, there will be a voting period and the results will be announced on December 7th.

Please fill out this form to submit your fanart or fanfiction

Feel free to create any artwork...

RR - No Chapters Next Week

My dog that I've had for over 10 years suddenly died today and I'm far too devastated to translate. The chapters for this week are already scheduled, so they won't be affected. However, since I won't be translating for a while, there will probably be no chapters for next week (starting from Monday). Chapters should resume the week after that, hopefully.

For those who read my other novels, this will apply to EYEM as well. For Overgeared, the chapters have already been translated so chapter release should still be normal for that one.

The author has made some slight changes to certain parts in the first 25 chapters. I will include the chapters where changes were made at the end of this post and give a general gist of the changes made that I got from the publisher.

Changes: The parts that might raise some questions about the relationship between some surrounding characters and the main character in the beginning of the novel were changed.

- Jung Dahui; She treated the main character as if she had known him for a long time. She also intervenes in the tutorial and gives off a nuance as if she were manipulating a game. These parts have been adjusted.

-Gang Junngu and Kim Seokjung: As major characters, they maintained a close relationship with the main character until the end of the novel. But they were described as committing negative acts at the beginning of the novel. Therefore, the act was corrected to be committed by others without the two figures knowing it.

Due to work and other personal matters, I will be changing RR's release schedule to 6 chapters a week from the 1st of June.

Ughh sorry for the multiple posts about this. Seems people don't like dao because it is more of a Chinese term and it is easily mixed up with the other dao that is seen a lot on wuxiaworld due to all the cultivation type novels.

I did consider other translations like saber, but I didn't want to use them because they seem more limiting on the type of weapon, while 도 encompasses many types. In the end, the 도 is literally a single-edged sword so that's what I'll be using from now on.

Small interesting fact, the common word that is used for sword in these novels is 검. Meanwhile, the word used for the Hyeonu's weapon is 도. They both typically mean sword so I’ve been using the term generally. However, after some googling, I’ve found that 도 is more typically used for single-edged swords (also can be known as a dao) while 검 is for double-edged swords.

Hyeonu's main weapon is a single-edged sword/dao. Since there are future instances where his weapon is changed from sword to a dao, I will be making things clearer by changing all instances of Hyeonu's weapon and his sword energy to dao and dao energy. People other than Hyeonu generally use the common 검 character and it will be kept as sword.

RR No Chapters for a Week

Sorry guys, I need to take a one week break.

In fact, I've been worrying a lot the last few days because I've been gradually getting sick. I took the coronavirus test and fortunately, I just received news today that it is negative. I just have the common cold or flu. However, I am still sick and exhausted from overworking. These last few weeks or so have been a trying time for people in the health field. As a result and on the advice of my doctor, I am going to take a one week break to rest, get better and recharge my batteries.

The remaining chapters for this week have already been done and scheduled to be automatically posted. There will be no chapters starting from Monday and will hopefully only be a week. I'll be sure to let you know if anything has changed.

Edit: If you're a sponsor then you can email Wuxiaworld to ask for a partial refund if required.

Hey everyone, I have made a page for the official artwork for Ranker's Return. They are mainly of bears but there might be a few spoilers in there.

In addition, I've changed Taeng's name to Tang-E. Please let me know if you still find any references to Taeng in the chapters and I'll change it.

by rainbowturtle one year ago
Recent Chapters