This is probably the third most important Chinese festival of the year, whose importance is only surpassed by Spring Festival and Mid-Autumn Festival. Since we have lots of fun activities on this day, I decided to create a little fun activity for you too: DOUBLE RELEASE.

Thank you for your love and support.

P. S. The following are some contents about this festival. I think you'll find them quite interesting.

The Duanwu Festival, also often known as the Dragon Boat Festival, is a traditional holiday originating in China, occurring near the summer solstice. It is also known as Zhongxiao Festival, commemorating fealty and filial piety. The festival now occurs on the 5th day of the 5th month of the traditional Chinese calendar, which is the source of the festival's alternative name, the Double Fifth Festival. The Chinese calendar is lunisolar, so the date of the festival varies from year to year on the Gregorian calendar. In 2017, it occurred onMay 30th; and in 2018, on June 18th.

The story best known in modern China holds that the festival commemorates the death of the poet and minister Qu Yuan (c. 340–278 BC) of the ancient state of Chu during the Warring States period of the Zhou Dynasty. A cadet member of the Chu royal house, Qu served in high offices. However, when the king decided to ally with the increasingly powerful state of Qin, Qu was banished for opposing the alliance and even accused of treason. During his exile, Qu Yuan wrote a great deal of poetry. Twenty-eight years later, Qin captured Ying, the Chu capital. In despair, Qu Yuan committed suicide by drowning himself in the Miluo River.

Dragon boat racing has a rich history of ancient ceremonial and ritualistic traditions, which originated in southern central China more than 2500 years ago. The legend starts with the story of Qu Yuan, who was a minister in one of the Warring State governments, Chu. He was slandered by jealous government officials and banished by king. Out of disappointment in the Chu monarch, he drowned himself into the Miluo river. The common people rushed to the water and tried to recover his body. In commemoration of Qu Yuan, people hold dragon boat races yearly on the day of his death according to the legend. They also scattered rice into the water to feed the fish, to prevent them from eating Qu Yuan's body, which is one of the origins of zongzi. 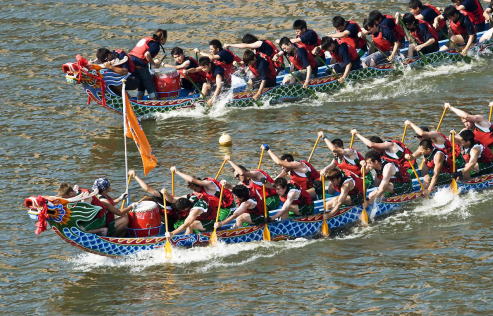 A notable part of celebrating Duanwu is making and eating zongzi with other family members. People traditionally wrap zongzi in leaves of reed, lotus or banana which give a special aroma and flavor to the sticky rice and fillings. Choices of fillings vary depending on regions. Northern regions in China prefer sweet or dessert-styled zongzi, with bean paste, dates and nuts as fillings. Southern regions in China prefer savory zongzi, with a variety of fillings including marinated pork belly, sausage and salted duck eggs. 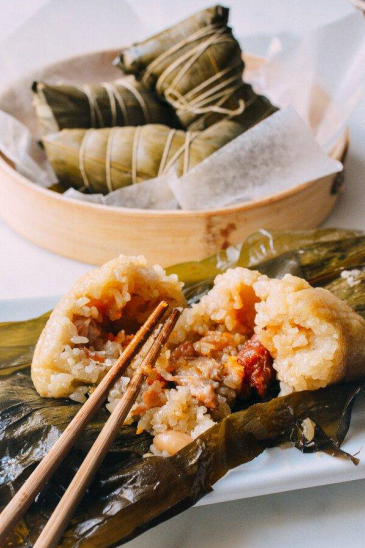 Realgar wine or xionghuang wine is a Chinese alcoholic drink that is made from Chinese yellow wine dosed with powdered realgar, a yellow-orange arsenic sulfide mineral. Realgar is often used as a pesticide against mosquitoes and other insects during the hot summers, and as a common antidote against poison in ancient Asia. (This is my favorite activity of the day.   ) 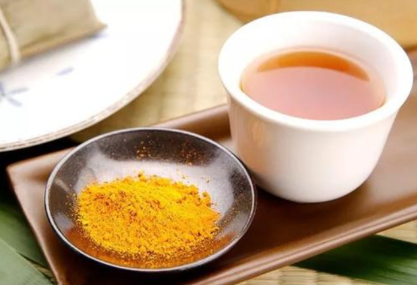 Here's a a pretty detailed introduction video of the festival.

Here's a funny rap version of the story behind the festival.

Lord of All Realms

Something good just happened in my boring little life, so double release for today.

Also, my plan is to increase the weekly releases again in two weeks. Hopefully, things will go smoothly.

Your love and support means everything to me! Thank you! �...