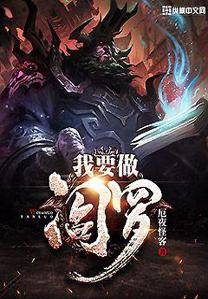 Yama Rising, also known as 'I Want To Be Yama' 我要做阎罗, is a Zongheng novel written by Nocturnal Stranger, 厄夜怪客.  It is an eclectic yet thrilling mixture of multiple genres, including dark fantasy, dark cultivation, kingdom building, horror, and humor, but with a very unique twist - our protagonist Qin Ye is an accidental immortal in modern day Cathay, and to make matters even bizarre, ghosts have begun to invade the mortal realm after a great upheaval in Hell.  Qin Ye's responsibility is to purge these vengeful, tragic spirits, but even more importantly, to fix what has happened in Hell.  To do that, he must become the next king of the netherworld... hence the book's name, Yama Rising.  At times funny, poignant, and thrilling, it really is an incredibly exciting series which translator Minotauruz will be the lead translator for, and which Wuxiaworld founder RWX will be playing a support role in.  Come read Yama Rising now!

The Emissaries of Hell have arrived.  Spectral rabble, disperse!

The youthful Qin Ye was born almost a century ago, but thanks to immortality granted to him by the 'fungus of aeons' he can pass for a high schooler.  He planned to live an eternal, reclusive life as a happy otaku, enjoying World of Warcraft and his favorite MOBA games, but Fate had other plans in store.  Hell has broken down, and vengeful revenants stalk the mortal realms.  With ghosts running amok throughout all of Cathay, Qin Ye must reluctantly adopt the mantle of 'hero' and bring peace to both the living and the dead, while rebuilding Hell.  But this, of course, isn't something a mere Netherworld Operative can do.  For that, he'll need to become more.