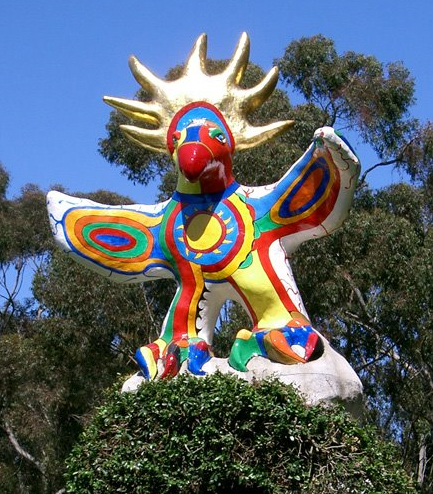 Cale did not open his closed eyes. However, Alberu did not say anything about it.

It was because he knew that he was asking for a lot by asking Cale to not just meet a Dark Elf, but to go to the Dark Elf village.

Alberu was busy getting stronger using the dead mana while the Dark Elves helping him were under disguise getting things done.

Although this item was made by an expert, it was a one-time use item that would activate as soon as it came into contact with someone who had even a bit of Dark Elf blood. That was why it was only possible to be transported by beings who did not have the darkness attribute, like humans or animals.

Cale slowly opened his eyes and leaned back onto the rocking chair.

Cale’s casual posture was one that the king would probably consider treasonous, but Alberu could only frown.

Crown prince Alberu chuckled like he found his own words to be funny. He noticed that his true personality started to show up more and more the longer he spent with Cale.

‘He knows my weakness.’

But ironically, that was the reason Cale Henituse was the only person he could trust. Cale had at least kept his secret for the past two months.

“If it is difficult for you to move right now, couldn’t you tell your subordinate to pick it up later?”

Cale knew that Alberu had many subordinates under his command.

Alberu let out a small sigh. He was currently secretly using the video communication device with the help of a Dark Elf mage instead of a mage from the palace.

‘The Empire? The crown prince of the Roan Kingdom needs to go to the Empire?’

This was something that did not happen in the first 5 volumes of, ‘The Birth of a Hero.’
Cale did not know about this celebration.

The Sun God Twins were a Holy Maiden and a Saint who were said to be the embodiment of the Sun God.

They were the Holy Maiden and Saint that were always a part of any decent fantasy world.

Cale was suddenly at a loss for words.

The Holy Maiden and Saint, who were said to be extremely good and treated as the symbol of sacrifice in normal fantasy worlds, were kind of special in, ‘The Birth of a Hero.’
Their level of, ‘good or bad,’ depended on the god they represented.

The Dark Elves were despised on the Western Continent. As someone who had even a portion of Dark Elf blood, he would immediately be removed from the crown prince position.
Furthermore, he might even die.

Cale could not respond to that.

The Sun God, as the representation of the sun, hated creatures of the dark. It was because they roamed the darkness where he did not exist.

His way of dealing with these creatures that he hated was to burn them to death.

These twins carry the Sun God’s teachings, so they would definitely rush to kill him if they ever found out his identity.

That was their definition of justice.

‘I have a bad feeling about this.’

The chill he was feeling this time was much worse than when he had heard the term, ‘Dark Elf.’ His entire body was covered in goosebumps. Cale subconsciously stated to speak.

Cale was at a loss of words for a moment after hearing Alberu’s casual remarks.

“…Aren’t you being too casual in front of me now, your highness?”

Alberu shrugged his shoulders and responded back.

That was correct.
The reason Cale had an ominous feeling was because he knew that the imperial prince did not like the Church of the Sun God.

The imperial prince wanted to be the one in control of the Empire in the future, so he grew his strength by pushing alchemy. Why would someone like him appreciate the Church of the Sun God that he could not control?

Furthermore, the Church of the Sun God also knew that the current Emperor and imperial prince were trying to push them out of the Empire.

Cale let out a gasp.

“The Church of the Sun God allowed them to celebrate alchemy at the same time?”

It definitely felt that way.
Either that, or there was a hidden agenda for this celebration.

One of the themes of fantasy worlds was religion. Cale was not interested in religion and did not think much about it.

‘I just don’t want to get involved with them. It’ll be annoying.’

It would be fine as long as he wasn’t being dragged left and right.
Cale’s gaze headed past the video screen and toward Raon.

Raon tilted his head wondering why Cale was looking at him.

‘If religion or anything else tries to boss me around…’

‘No, it is impossible for that to happen.’

Something like that should not happen as long as he was with Raon, Choi Han, and Rosalyn. If all else fails, Cale thought that he could just blow it up like he did with the island. Cale was a bit more courageous now than before.

However, feigning ignorance did not work against the crown prince.

Cale did not immediately respond to Alberu’s sincere request.

Alberu probably agreed to go to the Empire because his position did not allow him to send the second or third prince. Cale finally started to speak after a while.

“Your highness, the star of our kingdom.”

Alberu held back a sigh. It sounded like Cale was going to reject him. However, the continuing words made Alberu start to smile.

No matter how much Cale thought about it, he was the only one, other than the few people helping the crown prince in the dark, that could be trusted enough to do this.

Which meant that he had no choice.
He could not let the crown prince die.

It was one of the 5 Forbidden Regions.

“The Dark Elves live in the Land of Death?”

It was where the necromancers of the past waged the final battle with their skeleton armies.

Cale had heard that the Land of Death, a desert, was so hot that even plants could not survive.
And it was currently summer.

A slightly gentle voice came out of Alberu’s mouth. He was not pretending nor strategizing, it was his honest voice. Cale cautiously asked his question.

Silence filled the room for a moment.
Cale then nodded his head.

It was obvious what kind of guide he was going to get.

Cale nodded his head with a serious expression. He seemed so sincere that Alberu even felt sorry for Cale.

Cale asked many questions at once. Alberu quietly observed Cale before giving him an answer.

Cale started to smile as he responded back.

“I’m sure you are already aware, but I always complete my tasks with 120 percent efficiency, so I expect an even greater reward.”

Cale and Alberu discussed a few more things before ending their call. The light disappeared from the video communication device before Raon and Hong approached him.

“Human, are we traveling again?”
“The desert is very hot! You can’t faint!”

Raon looked at Cale with a serious expression after hearing Hong’s words. Cale didn’t care as he pointed back to the video communication device and gave Raon an order.

“Reconnect the video communication device.”
“Again?”
“Yes, but somewhere else.”
“Where?”

Raon could see Cale smiling at his question.

There was another strong religion other than the Church of the Sun God in this world. It was a very strong church.

It was the Church of Eternal Darkness, an existence that made people never see the sun ever again.

Death. Death was stronger than the sun.

“Connect me to the Stan estate.”

The crown prince probably knew about the power of death, but he could not speak to the Church of Death because he could not trust them and didn’t want to risk his identity being revealed.

“Are you bored these days?”

Cage observed Cale for a moment after hearing his question before finally shaking her head.

Cale had heard as well.
Taylor Stan, the eldest child of Marquis Stan had recovered his position and would soon be announced as the official successor.

The crazy priestess smiled as she asked Cale.

“We need to go to the Land of Death.”

Cage did not seem to hesitate at all, even after he said that they were going to the Land of Death. She really was the type who would put her life on the line for her best friend Taylor. Cale now understood why the God of Death would continue to bless her, even after she was excommunicated. She embodied something that was even greater than death.

He smiled once more before the communication ended. Cale then immediately got up.

“Human, good! You need to move to be healthy!”
“… What are you talking about?”

Cale walked past Raon and opened the door. He could see Hans coming down the corridor with a tray of fruits.

Cale didn’t know that the Dark Elf Village was in the Land of Death, where the necromancers were last seen. It gave him a feeling that he might find the necromancers there too. Of course, he was only 50 percent sure about it.
But wouldn’t it be better to be prepared, just in case?

“Yes. Tell everyone to come, since we are heading out.”

Two days later, Cale headed out of the Henituse territory after only getting to enjoy the slacker life for a month. Cale’s crew’s two carriages were heading toward the capital.

I'm sure most people didn't understand the teaser. That is a statue named Sun God.