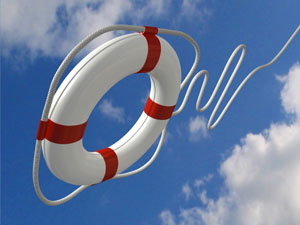 Swish, swish.
The sticky black threads started to shoot out at fast speeds.

The Bears flinched at the sudden change. The Bears’ bodies suddenly swerved at that moment.

The swerving Bear’s gaze went toward his wings.
One of his wings was tilting.

The wing that was scratched by the wyvern’s claw. Those scratches started to become dyed black.
The mid-level administrator Bear subconsciously looked toward Choi Han when that happened. The sword master who was standing calmly and balanced started to speak.

“You can’t stick dead bones in front of a necromancer.”

Crack.
The metal connecting the different bones of the wings started to break.

There was a simple reason for it.
The bones that were connected by the black threads were starting to move on their own. Those sudden movements made the connecting joints made of metal break apart.
In the end, the bones became free from the rest of the wings.

Screech, clunk. Clunk.
Those bones followed the black threads and gathered together.

Click. Click.
The white bones started to gather on top of the black wyvern as if they were gears fitting together. The wyvern’s body started to grow in size.

The corners of the Bear’s lips were shaking.
However, he could not stand still.

The wings of the Bear that had the most wyvern scratches had suddenly lost about 50 percent of it’s bones. The Bear administrator’s subordinate’s body started to tilt.

Only falling was left for those who had lost their wings.
They would fall directly into the dark blue fire.

The Bear administrator quickly started to move. He reached out his hand. He was trying to catch his subordinate before he fell into the dark blue fire. However, he could not approach the Bear.

The black aura cut between himself and his subordinate.

The Bear grabbed his hand that was cut by the aura. Once he turned his head, he could see that Choi Han’s chilly gaze was directed toward him. He heard his subordinate’s scream at that moment.

It was the sound of him falling.
Although they had not fought properly, the subordinate who had lost his wings instantly fell to his death.
He was not the only one.

Click, click.
The bones continued to gather together in order to make the black wyvern larger at the same time.
The person who was standing on top of that wyvern’s head.
That person's violent aura was directed at the Bear administrator.

The administrator could only watch his falling subordinates. The Bears who had lost their wings to the Tigers all fell as well.

Choi Han started to move once fear filled the air.
His gaze was directed toward the Bears and the Flame Dwarves.

With both Raon and Lock out of commission, it was his duty to kill the enemies.

He could see the scared individuals.
Choi Han was only aiming for the leaders among them. The Bear administrator retreated to the back.

The other Bears tried to get in his way as he chased after the administrator, however, Choi Han and the wyvern ignored them and pushed forward. The violent black aura cut through the wings while the wyvern opened its mouth in order to rip the wings off of the Bears with bites. The wyvern that was wearing a white skeleton armor had nothing to fear.

Another wing was ripped off and the original owner of the wing fell while screaming.

The Bear administrator could not believe how Choi Han and the wyvern managed to kill all of his subordinates on their way to him.
He had flown until he got to where the Flame Dwarves were gathered together. The frightened Flame Dwarves could be seen taking out their weapons in fear.
Although he would normally curse these cowards who could not even run away, he could not do so right now.

Shaaaaaaa.
The black aura brushed by his side again.

He might die.
The Bear felt a sense of fear.

There were no obstacles in the air.
That was why there was nowhere to escape when someone was chasing after you.

‘Do I need to go back to the ground?’

The Bear’s mind was currently chaotic.
His tribe members and subordinates were falling into the wall of fire, however, he did not want to fall in there himself.

He continued to swear. It was at that moment.

He heard the king's message.
The Bear administrator stopped moving.

Choi Han who was following behind the Bear administrator did not wonder why the Bear had suddenly stopped as he swung his sword right away.
However, something happened before the black aura could hit the Bear.

The Bear’s dirty laugh stuck to Choi Han’s ears.
At the same time, Choi Han suddenly got the chills.

A sense of danger.
In other words, the instincts of a weakling who has met a strong enemy.

Choi Han, who realized the identity of this chill, immediately grabbed onto the wyvern’s neck and shouted at it.

“Return! We need to return!”

‘He’s here.’
Choi Han had a good idea about who this Bear was respectfully talking about.

The wyvern and Choi Han urgently changed directions. They started to fly toward a single direction.
Lock, Raon, and Cale. They were flying toward where the weakest members of their group were currently located.

A quiet noise was caught by Choi Han’s senses as he cut through the wing in order to head to the ground.

It was the sound of a magic spell being cast.
He also felt an existence that caused his instincts to tell him that it was dangerous.

Choi Han, who had come down to the center of the pillar of fire, looked up.

The dark blue wall of fire.
Someone appeared on top of that wall.

The man with white gold hair and a pale expression had a smile on his face as he appeared on the battlefield.
Cale started to frown after seeing that the Dragon half-blood had appeared.

Cale ended the call. He then passed the video communication device over to Rosalyn and called out some coordinates.

Rosalyn’s expression became serious. As a genius mage, she could feel the strength of the Dragon half-blood better than anybody else.

It was because the Dragon half-blood was not hiding his strength right now.

Rosalyn was a human who had watched Eruhaben teach Raon. The unique aura of a Dragon that was revealing its presence, the vibration of the mana could be felt from that person. Her lips started to dry up quickly.

She heard Cale's voice at that moment. It was extremely clear, as if telling her to snap out of it.

“Miss Rosalyn, hurry. It is our lifeline.”

Lifeline.
Rosalyn knew exactly who Cale was trying to call. She started to connect the call with shaking hands.
Cale was looking at the Dragon half-blood mage that was floating in the air as she did that.

The Dragon half-blood seemed to be extremely amused.

“I didn't think you'd prepare such a wall of fire.”

He felt the strength of a higher being coming from the dark blue fire. He licked his lips and looked down at Cale.
He was originally not planning to come here.
Those stupid Flame Dwarves threw a fit about how they would take care of it.

However, he had come after receiving an urgent request for help.
But he was satisfied after coming here.

“Wow, you know how to make things like this too, little bro?”

Little bro.
Those words made Cale start to frown.

‘Crazy bastard, when did I ever become your little brother? And why are you saying such a thing so loudly?’

However, Cale could not respond before slowly starting to move. The Wolf boy, Lock, flinched. It was because he saw Cale coming toward him.
It was at that moment.

“You're not my little bro. You're just a human. That is the Dragon.”

He used amplification magic in order to speak again and his voice echoed throughout the area. However, he was speaking to Cale.

“What a perfect time to kill him, no?”

He really wanted to kill it if it was a real Dragon.
Half-bloods like him that had useless blood mixed inside always hated the full-bloods.
The corners of the Dragon half-blood's lips started to curl up even higher.

Lock subconsciously hugged Raon even tighter after seeing that. However, Raon was still unconscious and breathing heavily.

Lock could see someone's back in front of him.
It was Cale.

“From this moment, you are to look at my back and only my back, no matter what.”

Cale looked toward the Dragon half-blood.

“Hehehe, this is really fun.”

He could see the Dragon half-blood laughing.
Cale looked around.
Lock, who was behind his back, was unable to fight.
Rosalyn had overused her powers to the point that she was bleeding.

Mary and Choi Han were fine, but they were not as strong as the Dragon half-blood.
The Tigers were injured as well and were having enough trouble dealing with the Bears.

That meant that there was only one option left. Cale could see the people approaching him.

“…Young master Cale! That person is-”

Witira closed her mouth after seeing Cale put his hand on her shoulder.

“Witira, Whales need water in order to go berserk, right?”
“…It is impossible with a small amount of water made from magic.”

Whales were creatures of the ocean. It was only natural that they needed water in order to go berserk and that the amount of pure water they needed was impossible to fill with magic.
Of course, they could create a significant amount of water with magic, however, Witira’s expression did not look good after taking a look around.

“Miss Rosalyn is weakened right now, and the Breck Kingdom’s mages have a limit to their powers.”

Crackle, crackle.
Cale looked at the orbs of light being created around the Dragon half-blood mage and started to think.

But it would be difficult for Paseton, the half-blooded Whale.
Witira and Archie.
The future Whale Queen and the current strongest warrior of the Whale tribe.
He needed them.

But they were not enough.
His gaze headed toward the destroyed cliff and the wall of fire underneath the Dragon half-blood.

It was not enough with a small amount of water created by magic.
In that case…

“Is a tsunami the width of that destroyed cliff and height of the wall of fire enough? Will you be able to go berserk even for just a little bit?”

‘… A tsunami the height of that wall of fire?’
Witira thought about the wall of fire that was multiple kilometers long. If it was that much pure water…

“…It will be worth trying.”

She could see Cale starting to smile while looking at the wall of fire.

Someone who could persist against the Dragon half-blood.
He needed a battlefield for them to run wild.

Cale slowly grabbed the necklace around his neck.
He needed to use what was inside this jewel.

The Dominating Water.
It was made of pure water and was a perfect match for the Whales who were the rulers of the ocean.

This was the only method.

He looked toward Witira and started to speak.

“I will create a tsunami for you.”