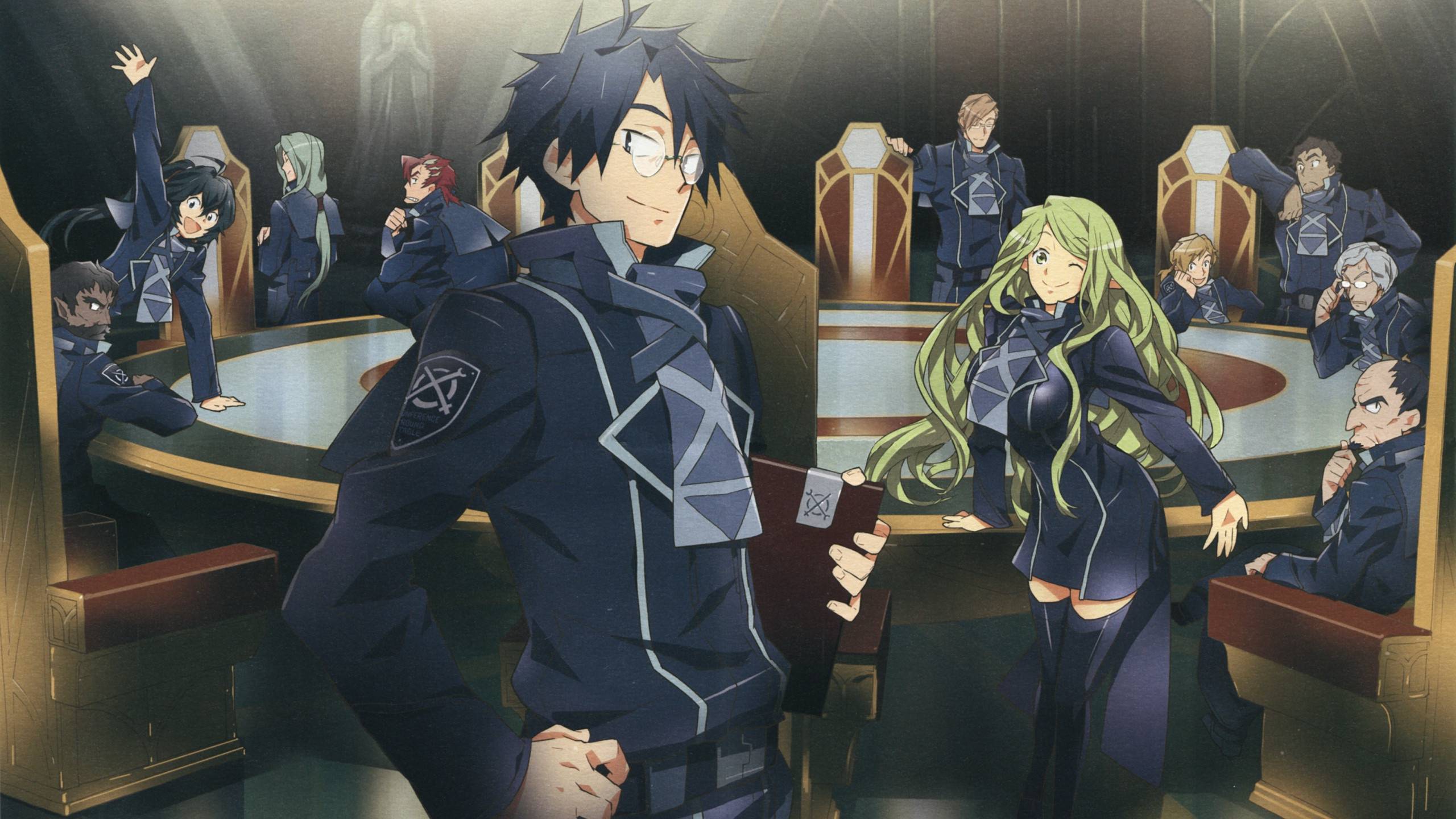 “Yes, you should relax after a victory. You need a long break.”

You need a long break.
Someone might think that he was being nice, but Cale was thinking that this two-faced man was telling him to die so that he could get a long break.

Imperial Prince Adin was pretending to be a good person.
Cale peeked at Adin while observing the others at the same time.
He saw a few guard knights behind the Imperial Prince, as well as some of the Caro Kingdom's people with awkward expressions.

‘I guess they weren't expecting the Imperial Prince to show up.’

It was obvious if he thought about it.
If Imperial Prince Adin was the one who was bringing the reinforcements, the Caro Kingdom would have informed crown prince Alberu.

“That is why I was shocked that you responded to this request. I thought that you would be resting.”

Adin didn't expect Cale to personally come to the Caro Kingdom. He expected him to relax after his victory.
The Imperial Prince was speaking as if he was wary of the Caro Kingdom, and Cale responded back in a similar way.

“I also did not expect to see you here, your highness.”

Why are you here?
What are you scheming and what are you trying to prevent?
That was what was on Cale’s mind.

Someone walked into the teleportation room at that moment.

Cale had never seen him before, but he had heard enough descriptions about this person that he was able to recognize him.
Valentino. The Caro Kingdom’s crown prince.

“I heard that you were in the office, but why are you here?”

“I am here because I heard that our Empire’s hero was showing up.”

The Imperial Prince smiled and pointed to Cale just as Valentino reached his hand out toward Cale.

“Nice to meet you. Thank you for coming to help our Caro Kingdom. I was coming to greet you, but it seems this friend beat me to the punch.”

Crown prince Valentino was famous for not caring much about positions and etiquette. That was why he was able to extend his hand out first to a foreign nation's commander.

Cale shook Valentino’s hand and showed him just enough respect, as deserving of a crown prince. Valentino smiled at Cale's response.
“My type of person. I prefer it like this. I prefer people who are not overly respectful.”
“Is that so?”

Cale let go of Valentino’s hand as Valentino looked him over.
Cale noticed this, but pretended as if he had not. Instead, he was curious about something else.

‘Does crown prince Valentino really trust the Empire and the Imperial Prince as his close friend?’

Cale had heard a good amount about the Indomitable Alliance from that slightly crazy bastard, Clopeh. The Caro Kingdom was not included in the Alliance.

The Northern Alliance, Arm, and the Mogoru Empire.
The Caro Kingdom did not know about their relationship. If they did, there was no way that they would have sought reinforcements from the Empire.

‘However, they may not know all of the sides of the Empire.’

The Empire had purchased many slaves for the Alchemists’ Bell Tower to experiment on.
Was it possible that the Caro Kingdom did not know about the Empire’s evil-doings?

‘I guess that I’ll find out eventually.’

Cale did not think much about it. The Caro Kingdom would lean toward one side or the other soon enough.

“Alright, we should not stand around like this. I’ll lead the way.”
“Your highness, that is my…”
“No need.”

Crown prince Valentino waved away the Caro Kingdom’s administrator as he stepped forward in order to personally guide them. Cale had been watching this extreme friendliness as Imperial Prince Adin started to speak.

“I got to see your face and I got to see our young master Cale's face, so I should head back now.”
“I thought that you were going to stay until the military meeting tonight?”

“I feel worried about leaving the Empire for so long, but Duke Huten is here, so isn’t that enough?”
“I guess that is true.”

“I pray for your victory. I am not saying this as the Imperial Prince of the Empire, but as your close friend.”
“…Thank you.”

“Duke Huten, soldiers, the Empire’s Knights Brigade, and the Empire’s mages. I know how much you've done for me. We will definitely win.”
“Yes! That sounds like the friend that I know!”

The Caro Kingdom’s people and the ones from the Roan Kingdom who did not know about the Empire watched the two heirs share their bond of friendship with smiles on their faces.
However, one person did not fall for it.

Cale's expression had turned stoic without anybody noticing.

Imperial Prince Adin was acting weird.
‘Why is he acting so friendly?’

He felt chills on the back of his neck and had an ominous feeling.

He had sent pretty much everyone except the Alchemists.
The Empire was being extremely benevolent to the Caro Kingdom.

‘See. Our Raon noticed it as well.’
Cale looked toward Adin with even more suspicion. It was at that moment.

“It was nice seeing you again.”
“It was my pleasure, your highness.”

The rest of the people from the Roan Kingdom watched Cale and the Imperial Prince’s conversation with a smile. The fact that Cale seemed close to the Empire’s Imperial Prince made him seem reliable.
Their smiles turned even brighter soon enough.

“Are you the Roan Kingdom’s newest and youngest sword master?”

However, one person did not fall for it.
Cale suppressed the corners of his lips from going up.

The Imperial Prince’s gaze was on Choi Han and Mary, however, he spoke to Choi Han instead of Mary, who had her head down.

“I didn’t know that the guard knight from before was such a strong person.”

“The birth of the youngest sword master. Can I shake your hand?”

The Imperial Prince looked toward Choi Han with a gentle expression that was full of admiration.
Cale scoffed internally while watching him.

‘Was his reason for coming here to scope out the enemy?’

How could he not be?
On the surface, the Empire and the Roan Kingdom were currently extremely close to each other. They both shared the pains of being hit by magic bomb terror incidents, while Cale had even received the Empire's Medal of Honor.

However, things started to go awry from Cale’s territory.
Cale could imagine how much anger was underneath the Imperial Prince’s mask.

Cale could leisurely watch the Imperial Prince while knowing that this person who wished to control everything would not have his way. However, he suddenly felt his cheek being itchy.
In fact, his left cheek felt quite itchy.

‘Hmm?’
Cale turned his head.
He could see Choi Han staring at him. Furthermore, he could still see the Imperial Prince reaching his hand out.
Cale had sternly spoken to Choi Han and Mary before they teleported to the Caro Kingdom.

‘The two of you do not need to act. If the situation calls for it, report to me first.’

One was a terrible actor while the other was so innocent that she would probably tell them everything.
Cale recalled what he had said before looking back toward Choi Han.

Cale felt extremely refreshed for the first time in a long time.
Choi Han really was a good bastard.

“My, my, you really are Commander Cale's loyal subordinate.”

He patted Choi Han’s shoulder as if it was extremely funny. In some ways, it could have seemed as if Choi Han was being disrespectful. Cale interjected in order to gently continue the conversation.

“He is still rusty with etiquette, so I had warned him before coming here. It seems that he took me too literally. I thank you for being understanding, your highness.”
“No, it was nothing. It’s understandable from someone who is not a noble. To be able to reach this level of sword mastery at this age is not possible if you pay attention to any other things. Isn’t that right, Choi Han?”

‘Is someone in the Roan Kingdom's palace a mole for the Empire?’

A cold gaze brushed by Cale’s eyes.
It was at that moment. Choi Han responded back to the Imperial Prince.

“You are correct, your highness. In order to create our leg, mm, our history, I believe I need to focus on sharpening my skills even more.”

Our history. The Roan Kingdom's people felt a sense of pride.
The black robe moved as Mary looked toward Choi Han’s back.
Our, ‘leg.’ The end of that word was probably, ‘end.’ Only Mary had understood and clenched her fists.

Choi Han's terrible acting did not come out as he spoke the truth.

“Hahaha, indeed. What a wonderful young man. The necromancer behind you as well. Both of you are destined to be heroes. Why doesn’t our Empire have such individuals?”

“I know, right? I'm sad that the Caro Kingdom doesn’t have them either.”

The two heirs laughed as they slowly ended the conversation.

“I'll be heading back now.”

Imperial Prince Adin and his guard knights walked toward the teleportation magic circle and returned to the Empire.

There were only a few people sitting around this small round table.

However, he did not show any animosity toward Cale nor Mary. He just smiled like a proper priest when he made eye contact with Cale.

Cale recalled what crown prince Valentino had said to him earlier.

‘The churches within the kingdom have agreed to help us. There shouldn’t be anyone provoking your subordinate. They said so themselves, and we've been very stern with them about it as well.’

Cale was satisfied with how the Caro Kingdom had paid attention to things he may need. As war was on the horizon, the churches finally seemed to be able to differentiate between our side and the enemy.

There were only a few people at this small round table, however, there were many people standing behind these seated individuals.
They were all the guards for each of the individuals, with Mary, Choi Han, and Vice Captain Hilsman all standing behind Cale.