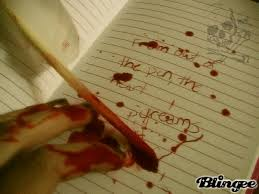 Alberu Crossman.
The man on the other side of the call did not look to be doing well.
The man who used to look majestic and spotless was currently leaning back on his chair with his hair in a mess.

“My heart is hurting seeing you like this, your highness.”

The crown prince was about to say something else before he saw that Cale didn’t look too good either and chose not to say it.
Instead, Alberu got down to business.

Paerun, Norland, and Askosan.
These were the names of the three kingdoms in the Northern Alliance.

The informant sent to Norland was one of the crown prince’s Dark Elves.

Alberu smiled at Cale's response before returning to the topic at hand.

Askosan was the closest kingdom to the Breck Kingdom, with the Gorge of Death between them.

“It seems likely that the Paerun Knights went to Askosan as well.”

That was why Alberu found it to be odd.

There was a reason that the Roan Kingdom and the Breck Kingdom had prepared for the attack in spring. Although Askosan and Norland were at the bottom tip of the north, they were still further north than the Roan Kingdom in the northeast.

Their shores were still likely to be frozen.
This was especially the case because it was currently early February, one of the coldest times of the year.

‘If the knights are moving, the soldiers will soon move as well.’

The Roan Kingdom might have thought that they were just doing some training drills if they did not know about the Northern Alliance’s goal.

So why move now?
Does the Northern Alliance want to start that war that quickly?

Alberu bit down on his lips.
The Northern Alliance’s decision was surprising. Sending tens of knights to both kingdoms was easy for the other kingdoms to notice.
The fact that they still chose to do it so openly meant that there was something they were confident about.

He then thought about the Roan Kingdom’s northeast shores. The construction of the naval base. This information had already spread throughout the continent. They kept it under wraps for as long as possible, however, something like that was difficult to contain indefinitely.

However, the majority of the people believed that the naval base was in its initial stages.

They would be wrong.
They had completed tens of ships and had been preparing for war by having mages keeping them hidden with magic.

‘All of that is thanks to this punk too.’

Alberu looked toward Cale.
Cale’s subordinate, the mix-blooded Dwarf Rat. Although he had returned to the Henituse territory now, he had stayed at the Ubarr shores for a while in order to look over their blueprints.
Thanks to that, they were able to start building the ships earlier than expected.

But their plans that were aiming for spring time had to change.
Their informant was discovered as well.

One thing.
He realized that there was an unknown factor that he had missed.
He couldn’t resolve the thoughts in his head without knowing this crucial factor.
Alberu loosened the tightly tied tie on his neck.

Alberu asked in a frustrated voice.
Cale was the only one he could show this frustration to, and he had called Cale while thinking that Cale's usually calm demeanor would help calm him down.
However, he let out a laugh of pity.

Alberu stopped laughing.
Cale could see Alberu almost staring at him with a piercing gaze through the screen.

“The Wyvern Knights Brigade has been revived.”

The Guardian Knight of the Paerun Kingdom’s legend and the Wyvern Knights Brigade that he led.
Alberu felt his mind clearing up.

They were not using ships.
No, there would be ships. However, they would come via the sky first and then via ships later.

But what can we do about the sky?

Cale casually shrugged his shoulders.
That action made Alberu, who had been sighing, realize something. Cale seemed too calm.

Alberu could see the corners of Cale’s lips twitching.

Cale had waited a long time for this.

He had been flustered at first because it was different than what he had read in the novel, however, this was a completely different world compared to the novel already. That was why he had prepared and prepared again for the upcoming days.

There was no reason to wait any longer.

“Your highness.”
-Yes.
“Please prepare an order to give me command of the Northeast region’s military.”

“Ha.”
Alberu let out a laugh.
Cale was asking for such a big thing in such a casual way.

‘Yes, it should be like this. This is the Cale Henituse I know.’

“Please also prepare a Knights Brigade and one of your Mage Brigades as well.”

“And then just wait.”

Alberu brushed his hand across his eyes.

‘This crazy bastard. Just wait? So he’s going to defend it on his own?’

He smiled as he asked Cale a question.

Contrary to his choice of words, crown prince Alberu was smiling brightly. He brushed his messy hair as if he was combing it.
At the same time, he also realized what he needed to do.

Alberu, who seemed to finally be back to his usual self, started planning on a way to push forward the plan he had with a clear mind. Alberu was deep in thought and missed Cale suddenly flinching.

Raon's voice echoed in his head.

Click.
He hung up without any notification.
Cale leaned back on the couch and looked toward the video communication device.

He had a lot of things to do again.

Cale immediately headed back home the next day with the Wolf King's remains.

The father-son duo who had not seen each other in a while did not seem to be happy.
Count Deruth drank some warm tea in order to calm himself. He had already heard the information from Cale through a call.

“The Paerun Knights went to Norland?”
“Yes sir.”
“And you think they are going to invade on wyverns?”
“Yes sir.”
“They’ll also enter the Breck Kingdom and our Northwest side via Askosan?”
“Correct.”

Tap.
He placed the teacup on the table.
Count Deruth then looked toward the territory’s flag in the office.

He could see the golden turtle, the Henituse family crest.
He then said one word to his son.

Deruth was not a warrior, but he knew how to handle a sword and had not forgotten the way of martial arts. Why else would he work so hard to create a Knights Brigade in a remote territory like this one?

The Golden Turtle.
You needed to be thoroughly prepared in order to live a long and peaceful life.

He looked toward his son who had his mother’s red hair, the only one with red hair in the household.

“The affairs of the territory are my business, and helping my son is my business as well.”

He recalled the things Cale asked for in their call.
Deruth reached his hand out to his son.

His son had said this to him sometime in the past.

His father had not forgotten about it.
He had focused on building up the number of the territory's soldiers ever since late last Fall, and he had filled up the warehouses with food as well.
He also made sure that the castle walls, as well as all of the territory's lands, were well-equipped and ready to defend.

Cale could hear Deruth’s response through that firm squeeze his father gave his hand. That was enough.
There was nothing else he needed to tell Count Deruth right now.

That was why Cale immediately headed out of the castle and toward the Forest of Darkness.
He stood where the Black Swamp used to be and looked down at the dry ground.

“It has been a while since I've been here. This is great. I missed it so much.”

The black robe wearing necromancer Mary started to speak while standing next to Cale. The mechanical voice had the slightest bit of joy in it.

“Is that so, Mary? I like seeing this place with you and the weak human as well! Our front yard truly is the best.”

The movement of the Paerun Kingdom’s knights.
Cale had not said much since he had heard that information. Raon thought about that as he started to scrunch his nose. Raon started to speak.

However, someone cut Raon off.
Choi Han, the Tiger shaman Gashan, and the Wolf boy Lock were all heading toward the Black Swamp.

Cale had called them over.
They all had grim expressions on their faces after hearing what was about to happen. Of course, Gashan had a bit of anticipation as well.

The three of them headed toward Cale, who did not even turn around as he continued to look down at the Black Swamp. Cale seemed to have no intention in turning around.

Gashan called out to Cale. Cale finally turned around.

The confident Choi Han, the belligerent Tiger Gashan, and the hesitant Wolf Lock.

Cale's gaze headed toward the west.

“We are going to the Gorge of Death. Get ready.”

Cale then turned toward Lock.
Lock flinched the moment their eyes met, however, he had a more confident gaze than before. He looked nervous to move with Cale for the first time in a while.

Cale could see that Lock had gotten stronger after training with Choi Han.

However, it was still not enough.

The Wolf tribe considered the pack and their family as important.
However, Wolves only grew when they were alone.

Cale recalled the item in his pocket.

It was a diary.
But this diary was written in blood.

Cale started to speak to Lock, who was nervously waiting for his orders.

The Wolf King needed to spread his name around the world once again.

Lock flinched and took a step back. His eyes were focused on the center of the Black Swamp.
The shaman Gashan let out a gasp and started to mutter in disbelief.

A Dragon corpse, a set of white bones, appeared in the center of the dry swamp.
The large ancient Dragon was giving off a lot of pressure even though it was just a set of bones.

This was the Dragon corpse that Cale had seen when he found the Dominating Aura two years ago.

Mary let out a gasp. Her gaze turned back toward Cale. Cale was looking at her as well.
He started to speak.

He gave the necromancer Mary an order. The Black Robe answered with confidence after a few seconds of silence.

Mary clenched her fists after seeing Cale responding as if her response was expected.

Cale looked up at the sky.

The Dragon would eat up the wyverns and dominate the Eastern sky.

1. I think the author likes using black robe and black dragon together because he likes the repeating, ‘black.’ We already know both of their names …