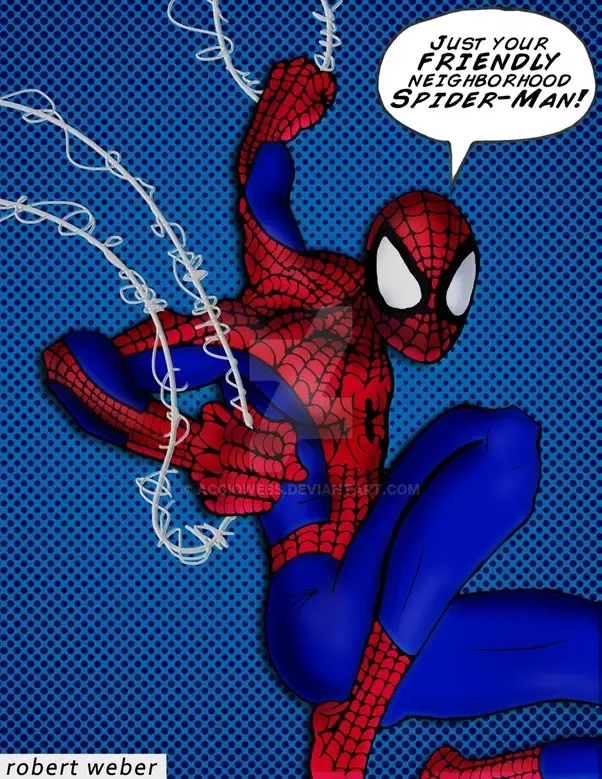 2 years ago.
That was when Kim Rok Soo had become Cale Henituse

The World Tree was able to see a bit of the flow of the world. However, there was a time when it could not see any of it.

And now, the number of things that the World Tree could see was slowly decreasing.

The World Tree recalled when it had no choice but to create the snowstorm and take over the north.

That was the first time it had ever felt fear.

Cale focused on the fact that there were people like him in the past.

If there were other transmigrators, he was curious about their futures.

However, the World Tree quickly dispelled Cale's thoughts. A completely different explanation was given.

‘…I feel like I know who it means when it says rock for brains.’
Cale recalled the owner of the Scary Giant Cobblestone.

He also started to think about the time when there were many people with ancient powers.
He was thinking about the ancient times.

It has been said that darkness had fallen on the world during the ancient times. Furthermore, it stated that the darkness disappeared and peace was restored.
However, nothing mentioned just exactly what the darkness was.

“What is the darkness?”

Raon and the priestess who had been looking at Cale tilted their heads in confusion at Cale's question. However, the World Tree understood what Cale was asking and responded back.

It was saying that it could not answer Cale's question.
It then added one more thing.

Cale had a bad feeling at this moment.

‘…Looks like things will become an even bigger mess.’

It was already a mess, but the upcoming future would be even more of a mess. Cale was disappointed that the World Tree did not know the true identity of Arm.

The World Tree came to a quick conclusion.

It asked one more time. Cale calmly responded back.

“Our human is not average! And he is weak!”

‘What is he talking about?’
Cale let Raon's comments in through one ear and out the other. However, he could not ignore the World Tree’s comment.

Cale had thought that the World Tree would care a lot about its body, so the fact that it was saying this gave him an ominous feeling. Although the tree was smaller than Cale had expected, it was taller than Cale and the branches looked quite thick and strong.

‘Why would it throw them away?’

Cale opened his mouth to speak. However, the World Tree started to speak first.

The World Tree was planning on saying something it did not have permission to say.
During the time when darkness had descended on the world. Many lifeforms fought against each other at the time and the word, ‘peace,’ was nonexistent.
The Dark Ages were also called the Warring Ages.
It was a time when a person would happily kill someone else for their own benefit.

‘It is not me if it is just three of them. There is someone else who is collecting ancient powers? Why?’

People currently saw ancient powers as just mediocre powers to have on the side.
This was because ancient powers had limitations. A power that could not develop could not reach greater heights.

“Why is someone trying to gather-”

However, he could not finish his sentence.

Cale heard a loud noise at that moment. The ground also started to shake.

Cale tried to open his eyes.

The World Tree was telling him not to open his eyes.
He also heard the young priestess Adite’s voice at that time.

Adite called out to the World Tree as if she was screaming. He heard Raon's voice after that as well.

“What is going on? World Tree, one of your large branches rotted and fell to the ground! Are you hurt, World Tree? Are you not well?”
“Raon-nim, you cannot approach them!”

The young priestess prevented Raon from heading toward the World Tree. She was stomping on the ground while not knowing what to do. She then weakly responded to Raon, who was looking at her with an expression that seemed to be asking why she was holding him back.

Raon did not say anything else before returning to his original spot. However, his eyes were full of concern. His gaze was focused on Cale, who was right next to the fallen branch.

On the other hand, Cale's mind had become even more complicated.

Cale had planned on looking into this at some point in the future.

Another large branch fell down.

He could hear the extremely concerned Elf's voice. However, Cale's mind was already complicated by what the World Tree was saying.
He continued to focus on the World Tree’s words.

There was still one thing left.

‘…Now what the heck is it talking about?’
Cale had a thick frown on his face.
It was at that moment.

Crack.
Cale heard something breaking from above his head. His body was pushed away at that moment.

A hard and round rock seemed to push his body to the side. At the same time, a small and round front paw supported his back.

He looked toward the spot he had originally been standing at. There was a large branch that had turned black and was leaking a red fluid.

Cale looked toward the Black Dragon who had pushed him to the side and then supported him. Raon stuck his head out from behind Cale. Cale calmly started to speak.

“You could have moved me with magic.”

Cale would not have felt the impact from Raon's head that was as hard as a rock if he had done that.
Raon’s pupils started to shake before they returned to normal and he started to speak.

Drip. Drip.
The sounds that he had missed because he was focused on the World Tree could now be heard. Three large branches had broken off.
There were red fluids that looked like human blood flowing out of them.

‘I thought it was normal, but I was wrong.’

He had never seen a tree that, ‘bled,’ like this. Cale slowly put his hand back on the trunk of the World Tree.

A weak sigh could be heard.

The World Tree’s voice started to get quieter.

Right.
Cale had no plans about getting stronger at all.

The World Tree did not wish for strength. It did not care for power or fame.
It just wanted a peaceful life.

However, it moved when it had a prediction that it would cause it to be difficult to have that peaceful life.
It had covered the North with a snowstorm in the past and this time it had thrown away three of its branches in order to give a couple of pieces of advice for this human that it could not see.

It had protected the humans it could not see in the past as well.
It believed that it would do the same again.

Cale could not hear the World Tree's voice anymore. He took his hand off the trunk and looked toward priestess Adite. The young priestess continued to cry as she started to speak.

“The World Tree-nim said that it must sleep for a long time and said that you should chat later along with the fruit.”

Fruit.
That was the item Cale needed to gain from the World Tree. He still did not know what abilities the World Tree’s fruit had. He just assumed that it was something good by the fact that Eruhaben wanted the World Tree to give it to Raon.

The Elf caressed the blackened branches with sad eyes as she continued to speak.

“It also said that it was disappointed that it could not chat with Raon-nim, but asked to push that until next time as well.”
“I am disappointed as well, but that’s okay! Hey World Tree, is there something I can help you with?”

Raon approached the World Tree with a concerned expression. The young priestess shook her head.

“Recovery is something the World Tree-nim will take care of alone. All we need to do is wait.”

Shhhhhhh-
Cale listened to the rustling of the leaves and started to think.

‘The person who has collected three ancient powers and is looking to gather more.
‘The traces of Raon's parents.
‘The judge who ran away to the Eastern continent.’

Cale brushed his face with both of his hands.

‘Just when will I get to rest?’
He started to feel sad.

However, that sadness disappeared a few days later.

Cale was chilling in the warm Elf Village underneath the frozen lake while enjoying fresh cherries.

“…Should I just live here?”

‘That is true.’
Cale was agreeing with Raon’s statement, but still felt more relaxed than ever. Paseton was watching this with a blank expression on his face.

Only Paseton and Raon were by Cale's side right now.
They were currently under a cherry tree with trays of fruits and drinks around them. The cushion that Cale was sitting on seemed very comfortable as well.

Cale was receiving the VIP treatment in the Elf Village.
How was this possible? Paseton was amazed.

However, he soon needed to stand up at Cale’s command.

Cale watched Paseton leave in order to gather the group as he stood up.

Rosalyn and Raon had finished reinforcing the defensive magic barrier and they were currently testing it with Choi Han today.
On and Hong were currently rolling around the snowstorm while having fun with Archie.

“Human, are we leaving now?”

Cale petted Raon's head instead of answering his question.

He had been contemplating the problems that the World Tree had handed him for the past few days.
He had now come to a conclusion.

Cale could see the priestess Adite running toward him from the distance. The young Elf seemed to be struggling with the loose priestess robe as she ran.
She then started to catch her breath in front of Cale.

“Those punks with ancient powers were all lunatics. Do whatever you want.”

The priestess Adite was shaking as she had never heard the World Tree speak so roughly before. She heard Cale's voice at that moment.

Adite opened her eyes and looked toward Cale.
Cale was smiling brightly.

“Tell it not to worry. I plan to do whatever I want anyway.”

He was someone who never planned on doing whatever other people wanted him to do. Raon approached him and asked.

“Human, is it time to go set things on fire?”

The priestess flinched. Paseton returned with Rosalyn and Choi Han at that moment. They looked toward Cale after hearing Raon’s question.

However, Cale was thinking about another existence.

‘Cale, do you believe that legend?’

Eruhaben laughed at Cale's statement and said that it was nonsense.

“Human, why are you not responding? Are we going to do something else instead?”
“Yes. We're going to steal some things.”

The Elf priestess became nervous after hearing Cale say that he was going to steal something.
Raon started to speak.

The Elf priestess winced even more than before.
Cale did not care as he pointed to himself for Raon, who was tilting his head in confusion.

“Yes. There is a thief inside of me.”

Cale just laughed even though everybody else looked shocked.

If the God's Tears really were the tears of a, ‘god,’ then it would roll over to him on its own.