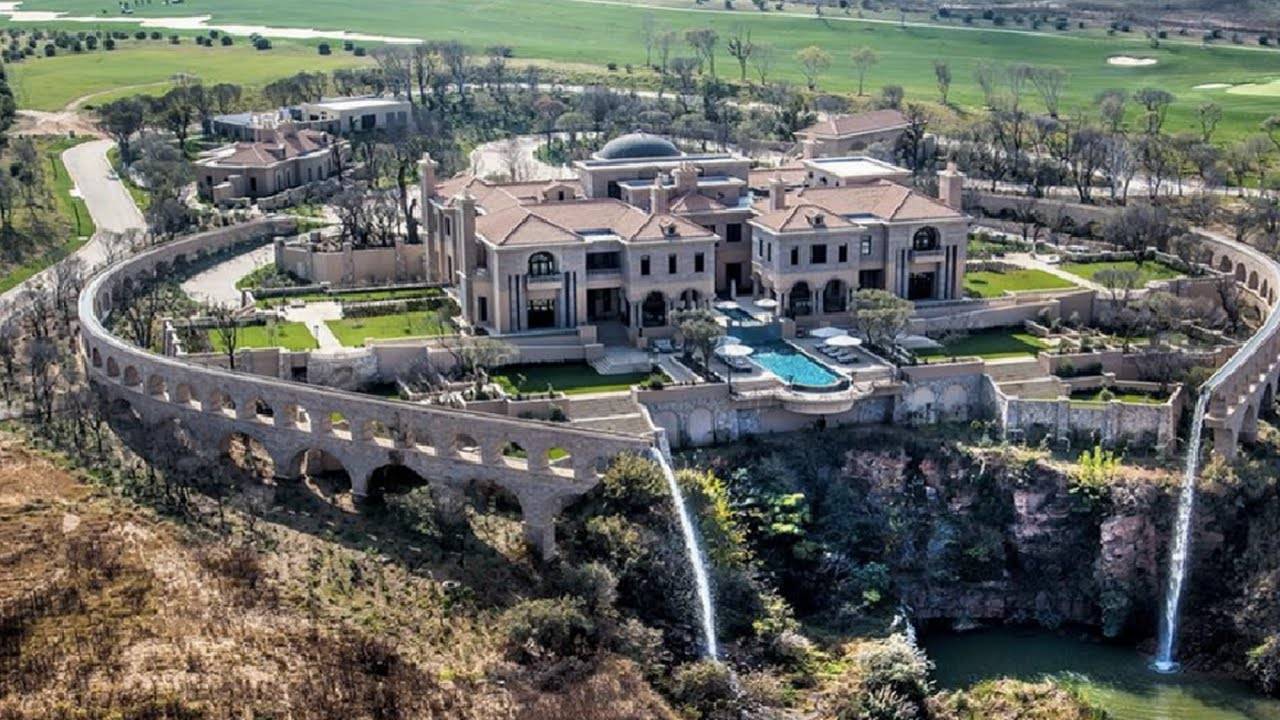 Hilsman looked at Cale, who was suddenly introducing himself, with confusion. However, there was someone grabbing his shoulder and pushing him back.

Raon was next to Eruhaben and holding his head up with his short paws as he observed Cale.

‘Our human is in a weird state.’

All sorts of different powers of nature were surrounding Cale right now while the power of earth was coming out from between the cracks in the boulder.

Eruhaben also noticed this and moved back.

Ancient powers had to be earned on your own. Others could not intervene to help. They could stand guard in order to protect the person, but Eruhaben didn’t think a Dragon should stoop down to the level of guarding a human.

Of course, there were always some exceptions.

Eruhaben ignored Raon, who sighed before taking Hilsman to stand guard around Cale with him.

The boulder continued to crack as they did that.

The boulder that was cracking on its own looked odd.

A shocked voice was speaking to Cale inside his head while that was going on outside.

The voice was full of shock and disbelief, however, Cale just focused on the cracking boulder.

‘This was an entrance.’

He could see darkness through the cracks in the boulder.

The darkness was headed downward and leading to an underground area.

Although it could have been difficult to take a step into that pitch black darkness, Cale did not hesitate to walk inside.

There was no reason to hesitate when the home-owner gave him permission.

Cale disappeared into the darkness.
Raon mumbled while watching Cale walk in.

“Goldie, should we follow him? Our weak human is extremely weak.”
“Aigoo, what did I do to deserve this?”

Eruhaben let out a sigh before pushing Raon down to the ground. Raon started to flail around.

“Stop it! How dare you do that to a great and mighty Dragon!”
“Little kid, I’m also a Dragon. Just be a good boy and wait here.”

Raon pouted and wrestled out of Eruhaben’s grip. He then calmly observed the cave that appeared once the boulder cracked.

Cale had disappeared into the darkness and was no longer visible.

However, Cale was not having any issues with going in the right direction while inside the darkness.

‘The earth is showing me the way.’

It was an interesting experience.
An unknown language showed Cale the way every time he took a step forward. This allowed him to have no fear as he continued to walk. [1]

He continued to walk farther into the darkness.

‘I wonder what they left behind.’

These were things left behind since ancient times. Cale’s feet felt as light as a feather.

At that moment, he heard the voice of the Super Rock.

Cale crossed his arms and quietly listened to the voice.

Cale started to walk once again.
There was no reason to pay any more attention to what the voice was saying.

The owner of the voice was different.
He was very different compared to Cale.

Cale considered himself and his people to be more important than others. As for dying while protecting someone else? He didn’t have any inclinations toward something like that.

‘There’s no reason for us to be similar.’

Cale could see a faint light at the end of the darkness.
He started to walk faster.
The light soon seemed to be right in front of him.

He could see once again.
At that moment, the profound voice started to speak once again.

A wide area appeared with orbs on the ceiling lighting up the entire area.
Cale was shocked.

He could see a five-story grand villa made with marble pillars.
The walls, pillars, and roof were simple, but they were placed in a way to make it look cool. The window frames, doors, and doorknobs all looked like an expert had spent numerous nights carefully carving them.
It was fancier than the Henituse Estate, no, even the crown prince’s palace.

There was a garden in front of the villa as well. Although there were no trees, there were many eye-catching sculptures. There was also a fountain made of marble, even though there was no water flowing through it.

‘Little? This is extremely nice. This person was surprisingly materialistic.’

However, the smile disappeared as soon as he saw something to the side of the villa.

He saw something that gave him an ominous feeling.

There was a large stone pillar surrounded by metal chains. Furthermore, there were papers that looked like talismans all around the pillar.

Not only that, but there was also a magic circle surrounding the stone pillar in the middle and glowing dark red.

It was easy to think this was a stone pillar that sealed a Demon, a ghost, or even a Demon Lord.

Cale slowly walked away from the pillar.
At that moment, the profound voice started to speak again.

Cale did not want to know.
However, as usual, Cale was not able to prevent the owner of the ancient power from speaking.

That was the same for the Forest of Darkness that Cale knew about.
There were monsters from the Eastern continent, as well as many mutant monsters.

Cale brushed his face with his hands.

He had learned about something useless once again.

Cale’s frown lessened a bit.
The ancient times were only 10,000 years ago.

Cale looked around the area.
There was a lot of space in here next to the villa and the garden.

He had a thick smile on his face as he headed toward the villa.
He had no choice but to do so.

The Fire of Destruction had been pointing toward the villa ever since he arrived. It was the same for the Sound of the Wind, the Indestructible Shield, and the Vitality of the Heart.

The home-owner was telling him to enter as well.

The door that was at least 10,000 years old was still functioning properly.
How was this possible? That was the thought on Cale’s mind as he entered.

The floor was made of marble.

Cale walked past an elegant lamp and all sorts of sculptures before looking around the empty first-floor hall and looking up. He could see a staircase that led up to the fifth floor.

Cale stepped onto the stairs. There was a lot of dust on them, but the beauty could not be hidden.

There were empty rooms and a beautiful terrace on the second floor.

Cale hurried up to the third floor.

There were multiple rooms on the third floor as well.

Cale headed toward the farthest rooms and stood in front of the first room’s door. The door opened once he pushed, allowing him to see inside of the room.

He could see a glass display case full of jewels.

Cale headed to the next room.

Cale headed to the next room after taking a look through the crybaby’s room.

‘He kept everything. How could there be such a good person?’

Cale could laugh without any reservations for the first time in a long time.

At this moment, he had forgotten about the Northern Alliance, Arm, and everything else.

All three doors were opened and Cale could see inside.

Cale brushed his face with his hands again.

There were jewels, gold coins, and even some odd items in the things that the Super Rock Guardian had casually collected.

‘Was his hobby collecting things?’

“You are really amazing! How did you collect all of these things?”

One person’s clapping echoed in the dusty but fancy villa.

Cale continued to clap in admiration as he headed toward the fourth floor. There was nothing on the fourth floor except the building itself, which was fancier than even the Henituse Estate.

That was enough to make Cale happy as he walked up to the fifth floor.

There was only one room on the fifth floor.

Although it was only one room, it encompassed the entire fifth floor, including a study, a bedroom, and an office, which were all connected without any walls between them.
Cale could see a marble altar at the center of the room. It was about as tall as Cale’s waist.

The altar was straight with many beautiful images inscribed on it. Furthermore, it was decorated with many jewels.

And on top of that altar…

There was a small rock that was smaller than a baby’s fist.
It was obviously the Scary Giant Cobblestone.

‘…It was a power that I could earn so easily?”

Cale felt like it was too easy to earn this, ‘Scary Giant Cobblestone.’ All he had to do was grab that rock in order to earn the power.

At that moment, the profound voice started to shout.

Cale stopped walking toward the altar.

The person seemed to have changed as the owner of the ancient power shouted with vigor.

The Super Rock’s owner was shouting.

‘He really wants me to chew it?’

It was an ominous voice that seemed to be saying that he’ll end up being dragged into all sorts of annoying things if he earned this power. However, Cale had no thoughts about doing that.

‘I just need the earth affinity.’

He could gain the affinity without using the power.
That was his goal.

Cale picked up the rock.

‘…All of these ancient power owners are weird.’

Cale debated it for a moment.

However, he did not have to debate it for a long time.

Cale put the rock in his mouth and started to chew.

The rock broke like a potato chip as soon as Cale bit down.

Cale felt a vibration under his feet before the power started to rise up inside of him.

The owner of the ancient power started to speak.

His voice slowly started to sound like it was coming from further away.

Raon could see someone walking toward them from within the darkness.

It was Cale.
Raon instantly flew toward Cale.

“Human, human! I can feel the power of earth in you! You’ll be fine now!”

Raon sniffled and looked toward Cale with admiration.

Eruhaben sighed at Raon before approaching Cale with a happy expression. Raon raised his voice, although his expression seemed happy.

Cale cut Raon off.
Raon felt something odd while looking at Cale who called his name.

Raon’s head tilted to one side.

Cale started to speak to all three of them.

Cale walked back into the darkness. He then observed the expressions of the three that arrived at the area at the end of the path.
Raon looked at the villa that seemed to be more luxurious than most palaces before turning to look at Cale.

Cale nodded his head and responded back.

Raon flew in a circle with excitement.

“Your luck is oddly good.”

Cale did not have a reason to deny it.

1. This is what the raws say so I’m guessing it is speaking in his mind so that even though he doesn’t understand the language, he still knows how to go.