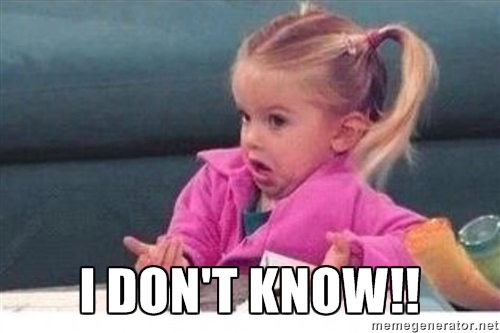 Cale could hear the voice of the owner of the, ‘Fire of Destruction.’ The voice sounded like it was looking at a crazy person.

It was even better since it was someone else’s money. He would never get a chance like this again.

Silver coins continued to fly as Cale grabbed handfuls and threw them toward the golden pig sculpture.

“T, this can’t be! I don’t know how to feel! I shouldn’t feel this way! But this is so refreshing to watch!”

The 5-year-old Raon fell into a state of chaos. Cale didn’t care as he watched the silver coins float up to create a path for him.

The, ‘Fire of Destruction,’ really couldn’t be called lava or fire. It was more of a, ‘liquid flame,’ since the fire was in a liquid-like state.

< The, ‘Fire of Destruction,’ that appeared on the third peak of the Ten Finger Mountains did not go out until it destroyed the entire peak. Nobody could do anything about it until an Elf that had a Fire Elemental earned the ancient power. >

< However, people did not think about throwing money into the lava. This flowing fire could not burn money. >

Both Cale and the owner of the ancient power were laughing. Silver coins continued to fly into the lava as they laughed. Raon took his piggy bank out of his alternate dimension and held it close. He looked back and forth between Cale and his piggy bank with a serious expression.

“What are you looking at?”

Cale looked odd as he suddenly stopped laughing and stoically stood there. A path of silver coins was shining on top of the boiling lava. That silver light meshed well with the red-haired Cale.

Furthermore, he had two hundred thousand of these silver coins, courtesy of the crown prince.

The warrior who was the former owner of the, ‘Fire of Destruction,’ was said to be very greedy for money. He didn’t want power or fame, living in poverty during his childhood made him want money above all else. [2]

Cale was now taking out entire bags of money and just pouring it in front of him as he walked.

The voice of the former owner was shaking.

Cale started to smile. The golden pig sculpture was shining even brighter now.

A red vapor started to rise from the lava. Raon flew up higher in order to avoid the vapor. It was vapor that had fire inside of it.

The Indestructible Shield and its wings covered Cale’s body.

‘This is no better than manual labor.’

Cale was getting tired of this repetitive procedure. Even throwing money around got boring after a while.

Cale clicked his tongue and started to pour the money even faster. He was able to soon arrive in front of the golden pig sculpture in the middle of the lava pit, as the pit was not very wide.

The voice started to speak again once Cale was in front of the sculpture.

He was still far away from using all two hundred thousand silver coins.

The owner of the ancient power could not hide his admiration. The pig sculpture started to vibrate even stronger the more the owner shouted with joy.

The entire peak started to shake.

More of the red vapor started to rise into the air and headed toward the pig sculpture. Cale did not care about any of this, as he continued to pour out all two hundred thousand silver coins with indifference.

The owner of the ancient power was now at a loss for words.

Cale straightened his back after finally pouring out all of the silver coins. He was sweating.

“This is hard work.”

Cale looked toward the shining pig sculpture as he said that. The red vapors were surrounding the golden pig sculpture.

‘Friend’s power? Was he friends with the thief that was the owner of the Sound of the Wind?’

Cale felt like he learned something useless again. He then started to frown at the owner’s next words.

The ancient power started to float toward Cale. The golden pig sculpture that was surrounded by red vapor was now in front of Cale’s nose.

‘He’s cheaper than I expected.’

He didn’t know that this would happen with only 2 billion gallons. Cale slowly reached his hand out toward the golden pig sculpture. He would have powers for defending, regenerating, escaping, and attacking once he got this power.

At that moment, the owner started to speak again.

It was a hint about another ancient power.

Cale was fine with what he had already. He also had the Fire Suppressing Water and the Dominating Aura. There were probably no other human beings who had so many ancient powers.

Cale’s expression did not seem to be good as he heard about the land of boulders, the Roan Kingdom.
Why did it have to be a Giant Cobblestone? Cale had a bad feeling about this. Cale did not respond to the ancient power who did not say anything else, and just touched the golden pig sculpture.

Cale’s hand touched the vapor, but he did not get hurt.

The tips of his fingers touched the pig sculpture. A mix of gold and red light rushed toward Cale.

The voice of the ancient power’s owner slowly disappeared. Cale lifted up his shirt to see that there was now a rose gold thunderbolt on the silver shield on his chest.
Cale was relieved.

The pig sculpture earlier was cute, but he didn’t want such a tattoo. Cale reached his hand out.

Raon was amazed at what was happening.

A loud sizzle noise appeared as the silver coins disappeared into silver vapor.
At the same time, the red lava sizzled and formed into an orb in front of Cale’s hand. Cale clenched his hand into a fist, as if he was trying to grab the orb.

The lava orb disappeared with a quiet noise. Only a wide pit was left on top of the third peak.

“Human, is that power from earlier yours now?”
“I guess so?”
“You are as strong as half of my pinky toe now! You are now a very extremely tiny amount stronger.”

Cale smiled after receiving Raon’s approval. A cool breeze swept past him. Now that the heat from the lava was gone, the top of this peak was returning to being cold.
At that moment, Raon approached him with his piggy bank still in his paws.

“But human.”
“What?”
“I waited to tell you this because you seemed to be focusing.”

Raon was smiling widely. Cale suddenly felt an ominous feeling. Why was Raon being like this?

“The magic spearman is nearby.”

Cale temporarily forgot who it was.

“He just arrived recently. I can sense his location.”

Cale remembered the magic spearman of the secret organization. They had met at Hais Island 12. The magic spearman had been marked by Raon’s mana arrow before he ran away with the blonde sword master.

Raon was stronger after becoming a year older, but he still had short stubby legs. One of those short legs pointed toward the spot between the seventh and eighth peaks.

“I can feel him over there!”

Cale covered his face with both hands.

There was a village hidden by illusion magic between the seventh and eighth peaks.

Naturally, it was the Elf Village. It was said to be similar to a fairytale land, with a small lake and trees that were hundreds of years old.

As expected, this incident was not described in the first five volumes of, ‘The Birth of a Hero.’

Cale felt like he knew the people that put the Elf Village in enough danger for five Elves to come to a human village. Would the magic spearman have come for no reason? The Elves must be fighting against Arm right now.

Raon then added on.

“Oh, and the dude from last time is coming!”

Cale lowered the hands covering his face. He had seen so many people that he didn’t know who Raon was talking about.

Cale wished Raon would tell him things like this faster. Raon was staying quiet in order to not interrupt Cale while he was getting an ancient power, but this was more important to Cale.
He had a bad feeling he knew who it was now.
It always happened like this.

Cale could hear the sound of someone approaching.

He couldn’t help but sigh as he slowly turned around. Cale was standing in the middle of the pit as he looked up at the individual that arrived.

“I remember there was-!”

The visitor looked around in shock. He had seen lava here a few days ago. This extra issue was annoying while they were dealing with a major headache, but he had seen some hope within that power.

The man who was looking around made eye contact with Cale. Cale’s red hair made it seem like the lava had disappeared and turned into a person.

The visitor, Pendrick the Healer, remembered the red-haired man in front of him. He was the person the Guardian Knight had stopped in the restaurant.

‘Who is that man? Why did you stop him?’
‘…I am not certain either. It is better for us to not know that senior.’

It was the first time that the Guardian Knight had said something like that about a human. Pendrick stopped talking after seeing the indifference in the man’s face. In contrast, the man who was standing tall in the middle of the pit started to speak.

It was a cold voice.

Cale was feigning ignorance more than ever.