Friends and readers, we have two new series!  The first is a Korean novel from Breathe, Duke Pendragon, which is being translated by new Wuxiaworld translator DanTheMan; please join me in a hearty Wuxiaworld welcome for him!  The second is Magic Apprentice, a 17k Western fantasy novel translated by Wuxiaworld veteran Deceptioning, who also did USAW for us!

Duke Pendragon:  Duke Pendragon tells the story of Raven Valt, a young man shackled into the demonic army where the worst of the worst gather. In a series...

A huffing rope burst out.

The rope then angrily charged toward Chloe alongside Seol-A and Irene.

It almost looked as if it was flying.

The rope tightly bound Chloe up. It looked as if it would bite her head off if it had teeth.

Irene and Seol-A grabbed onto Chloe as well.

“Chloeeee! You told me you weren’t interested in younger men! How can you do this?!”
“Mr. Ju-Heon, wake up. Mr. Ju-Heon!”

Irene tried her best to wake Ju-Heon up.

However, Ju-Heon seemed to be deep asleep as he would not wake up.

He would just frown for a moment…
Before falling right back asleep.

The two of them thought this was cute before realizing it was not the time for such thoughts!

“Please hold on a minute. Something is weird with Mr. Ju-Heon! He’s unable to wake up…!”

Seol-A then switched to grabbing Chloe from behind.

She almost had Chloe in a choke hold.

“Chloe! Did you feed the Captain-nim some weird drug? There’s no way you would do that, right?”

Jaeha then pointed around the bed.

There were lots of mysterious medicines scattered around the bed.

There were brown pill bottles. There were also bottles of medicine used to fill syringes!

It looked as if Seol-A and Irene’s eyes were burning with rage. Chaotic auras started bursting out of their bodies.

Their Heirlooms jumped out as if they were responding to the two women's emotions.

However, at that moment…

He had been blanking out at this steamy scene but finally came back to his senses.

He urgently rummaged through a drawer to find something before shoving a candy in Chloe’s mouth.

That candy was a risk removal artifact medicine that Chloe created all the time.

Chloe groaned and grabbed her forehead after eating the candy.

She came back to her senses and opened her pretty eyes wide.

She looked around and then flinched.

That was to be expected.

Chloe seemed to realize something as she turned red and grabbed Ju-Heon by the collar.

"Seo Ju-Heon, get the hell up right now!”

Chloe let out a fake cough and quickly put her shirt back on.

Ilya sighed in disappointment and Seol-A smacked him in the back.

Seol-A then asked a question.

“What the hell happened?”

“Why were you jumping the Captain-nim?”

It was normal to do that to give Ju-Heon a shot, but the rope who had no idea about how that worked was raging in anger.

Chloe groaned and recalled what had happened.

Chloe had been about to give the giant shot to Ju-Heon as well. And as she was about to lower Ju-Heon’s clothes…

The rope had burst out and bound Chloe up.

It must have thought that Chloe was trying to harm Ju-Heon.

Ju-Heon had sighed and calmed the rope down.

But at that moment…

Just as Ju-Heon was releasing Chloe from the rope…

She didn’t know which risks they were, but she knew it would be bad no matter what it was.

Seol-A or Irene would have instantly felt their hearts beat wildly.

She instantly suppressed Ju-Heon with a frown on her face.

“Whining about not wanting the shot will not work.”
“Tsk.”
“Okay, hand over your butt.”

Ju-Heon turned around, but once Chloe pulled down his pants…

The risks became even worse in Ju-Heon's body and the Crow's aura suddenly released. That Crow's aura then headed toward Chloe's medical bag of reagents.

Those reagents were no ordinary medicines. As someone known as the Doctor of Punishment, Chloe could use a person's risk and return it to them.
These bottles were full of risks that Chloe had drawn out from people!

Ju-Heon then broke one of the bottles with the Crow's aura.

Chloe had been directly affected by the risk coming out of the bottle. Ju-Heon was also affected because they were in the same area.

The risk bottle Ju-Heon had broken was the risk called < Forgotten Desires >.

It made Ju-Heon sit at the computer and start downloading a video while making Chloe jump Ju-Heon.

That seemed to be why Chloe was extremely shocked.

There had been a time in the past when she had some positive feelings about Ju-Heon when she didn’t even know what he looked like. But those feelings had been destroyed in a week thanks to Seol-A.

That was why Chloe seemed quite ashamed of her actions.

“So tell us, why were you wrestling with the Captain-nim?”

Chloe let out a fake cough.

“The Captain ate a bad artifact. The side effect risk activated.”

They wondered if it meant that people around Ju-Heon would try to ravage him if he eats a bad artifact!

Ju-Heon groaned and opened his eyes at that moment.

Chloe smacked him on the back as soon as he woke up and had to hear Seol-A and Irene's naggings.

Irene and Seol-A seemed to be growling at each other.

They looked at Ju-Heon before running out of the room. They then started shouting at each other.

“Miss Irene, I know that you and the Captain-nim were close when I wasn't here. But I was by Captain-nim's side in the past life!”

She knew about the past life because she had heard from the team members.

To be more specific, it was the story of the future that happened in the past. Ju-Heon said that they could tell her anything as long as it wasn’t something useless.

It would be weird for Irene if she heard the conversations between the other team members who had their memories back without knowing about their past. It was his way of not making her feel left out.

Anyway, Irene knew a good amount about what happened in the future. Of course, hearing about it and remembering things for herself were completely different.

Seol-A confidently shouted at her.

Seol-A and the other team members had been with Ju-Heon for over 10 years.

“I will give up if the two of you were in that kind of relationship.”
“……Umm, uhh that.”

"Were you two dating?”

She had pushed back hard with courage she didn’t even know she had, but she had been worried that they really would have been lovers.

Irene continued to speak since she pushed forward with courage anyway.

“And even if you were dating, the past is the past and the present is the present. The situation is completely different.”
“……!”
"So Mr. Ju-Heon is mine.”

Irene then quickly started running back to Ju-Heon. Seol-A shouted at her saying it doesn't work that way.

“No! The Captain-nim is mine!”

But at that moment…

The rope timidly interjected as well.

That was probably the reason.

“Oh is that so? Then let’s do it like this! We pick the same day and the same time! We both ask the Captain-nim for a date and the person he chooses to have a date with is the winner! The loser will give up on him!”
“That sounds great!”

The rope seemed to want to be in on this date Ju-Heon competition but the two women didn’t even care.

“So you’re saying that this thing might be a portion of that Majesty's Treasure thing?”

Ju-Heon seemed flustered while looking at the artifact Julian was handing him.

It was the artifact he had gotten from the tomb at the gallery.

“I can’t be certain with my appraisal, but I can tell that it is a special artifact that is stronger than the SS-Grade artifacts.”
“!”

‘Was that why Chairman Kwon suddenly became so much stronger after taking it?’

Ju-Heon picked up the mirror Julian handed him. It looked like a regular mirror at a glance.

He couldn’t even touch it in the past because he didn't have a Heirloom.

The artifact released a bright light and infused Ju-Heon with a strong power.

[You do not meet the necessary conditions for activation.]
[You are unable to use the artifact.]
[Unable to detect the location of the Majesty's Treasures.]
[Unable to transform into sword or bell form.]

Ju-Heon chuckled. The changes he had felt in his body were amazing.

But he seemed to be unable to use the whole artifact.

“What is this artifact anyway?”
“Probably the Seals of Heaven.”
“!”

Ju-Heon was shocked.
The Seals of Heaven were three types of divine items featured in the Danjun Myths. Basically, they were items that allowed someone to rule over humanity.

“I'm sure Chairman Kwon used this to gain enough power to become one of the Four Emperors in the past.”

“But that means that the old bastard knows the conditions to activate this artifact.”

Ju-Heon mumbled after becoming crazed by that thought.

Ju-Heon was going to do it sooner or later. He had been having a lot of fun messing with Chairman Kwon until now, but… The person Ju-Heon really wanted to kill was Chairman Kwon with the memories of the past.

He wanted to make him suffer the same indignity.

‘I originally said that I would get to where he had been before restoring his memories.’

Unfortunately, he was lacking just a bit of time to do that. The leaders of the artifacts were already aiming for Ju-Heon and the enemies were right on his tail.

‘They said that you can make all artifacts submit to you if you become the Monarch among Monarchs.’

That was why he had to make it certain that he would be number one and not lose the position to anybody else.

That thought led to this answer.

“But first are the 7 Great Tombs. The remaining two tombs are important so how come only the precursors have shown up and they haven't opened?”

Something happened at that moment.

We have recently passed 300 chapters, which means we are almost 3/4ths of the way done with the novel! I debated doing a character poll to celebrate but it's obvious the rope is going to win...and I recently received this rope fan art so let's see your 'best' rope art xD

Can you outdo the author?!

Irene! Go! Fight for your boo! 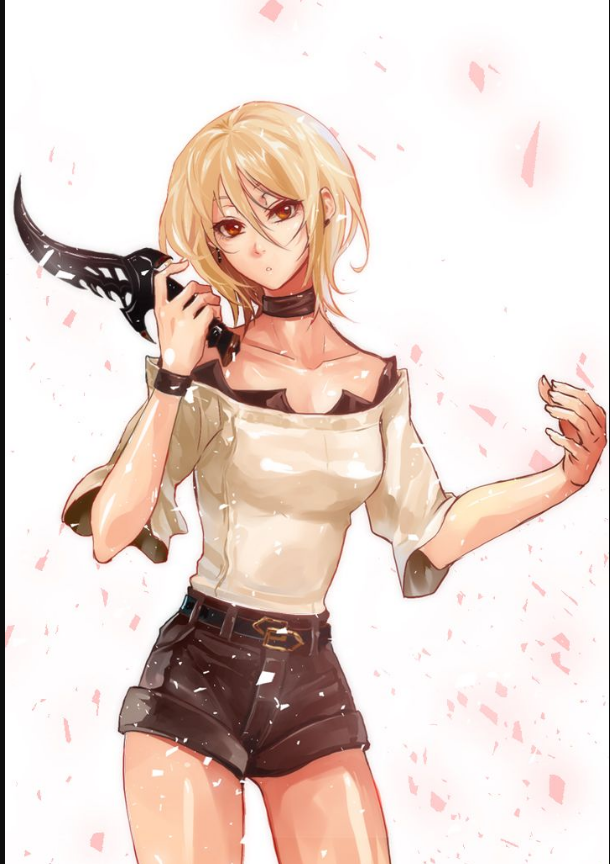 We have recently passed 300 chapters, which means we are almost 3/4ths of the way done with the novel! I debated doing a character poll to celebrate but it's obvious the rope is going to win...and I recently received this rope fan art so let's see...