Above Your Head & The Sovereign's Ascension Now Live!

Hi everyone, two very popular licensed novels are now launching going from VIP only to live!  The first is Above Your Head, a Korean novel originally published by Chungeoram (which also published Trash of the Count's Family), which is now being translated by GodSeth.  The second is The Sovereign's Ascension (previously translated elsewhere as 'The One and Only'), a Chinese novel originally jointly published by Zongheng and 17k that is now being translated by veteran translator thyaeria!

Chapter 228: The one who cries because of their memories (5)

“Please hold on a minute. Captain-nim! I really don’t know anything! I don’t know what he is talking about……”

“Don’t worry. I will be the one to decide that.”

Ju-Heon then used an artifact.

It was an artifact to restore memories.

It happened in an instant.

Ju-Heon had taken out the Raven’s Tears and activated it.

‘I will restore this bastard’s memories with this.’

Of course, doing this came with a risk.

This bastard was a headache compared to the others.

Furthermore, he might be a traitor as Julian mentioned.

There was just one reason for doing this.

He wanted to know the information after they died!

The information was probably not that important, but Ju-Heon was the type who could not handle curiosity well.

‘What Yang Chen said was interesting too.’

The corners of Ju-Heon’s lips started to twitch.

The moment the Raven’s artifact was about to descend on Yoo Jaeha!

Yoo Jaeha clenched his head and started to scream. Getting these memories of the past seemed to cause quite the headache for everyone.

‘He should fare better than the others though.’

The others would vividly remember their deaths but Yoo Jaeha wouldn't have that.

However, something weird happened at that moment.

Yoo Jaeha barfed and was in serious pain.

He looked toward Ju-Heon in terrible pain after who knows what he had seen.

‘Good he remembered. Yes. Hurry up and tell me.’

He wanted the information! Information none of the others knew about!

‘Jaeha. You'll have no choice but to tell me the information.’

He would now be able to tell whether Yang Chen was telling the truth, what TKBM's secrets are, and what this ‘revenge’ thing pertained.

Yoo Jaeha's hand was shaking as he grabbed Ju-Heon’s hand that was holding the Raven’s artifact.

Yoo Jaeha was still gagging as he apologized to Ju-Heon.

“………To be honest with you, the artifact you just used was fake……”

Yoo Jaeha fainted as soon as he said that.

A blank Ju-Heon soon returned to his senses.

“Hey. What the fuck did this bastard just say?”

Julian felt as if he would die if he didn’t tell the truth.

Julian looked toward Ju-Heon with an awkward expression.

"That…… Now that I'm looking at it, it really is a fake. But didn't you already realize it before you used it?”
“Then are you saying he fainted from the side effects of using a fake?”
“Yes.”

His chaotic Dominance started to fill the area and the team members started to shake in fear.

But Ju-Heon didn’t care and grabbed Jaeha, who had fallen unconscious while foaming at the mouth, by the head.

Yoo Jaeha then fainted once again.

‘My goodness. He changes to a fake on his own and faints as he wishes.’

The fact that Ju-Heon was able to destroy it with his Dominance was proof that it was a fake that Yoo Jaeha had made.

The pale Yoo Jaeha really seemed to be in pain, potentially from the side effects of using a fake.

He looked as if he was suffering from Appendicitis and Enteritis at the same time.

Ju-Heon clicked his tongue and got up.

“Ah, whatever. Let this son of a bitch sleep for now.”
“Huh, huh? Then what about the real tears?”
“I found it in his pocket. Shove that son of a bitch in a hospital for now.”
“Wait… Captain-nim! Where are you going…?!”
“Where else? You really don't know where?”

Ju-Heon viciously glared at Yang Chen before looking at the Monarch of Fate's destroyed camera.

Ju-Heon found the Monarch of Gluttony and Monarch of Fate who had come looking for Yang Chen to confirm the future to be annoying.

Their asses were probably on fire because there was a future they could not see, but……

He found them annoying.

“That motherfucking Monarch of Fate. I was letting him do as he pleases because I have some use for him in the future.”

But he kept getting on his nerves.

“I'm going to go teach him a lesson.”

While that was going on…

Joshua, the Monarch of Fate, was sleeping with a sleep eye mask.

His clients kept telling him to ‘please take care of Seo Ju-Heon.’
They went on and on about it that he even had to work overtime.

But the subordinate’s response was serious.

“Fuck, is it Seo Ju-Heon again?! Please stop! I left that situation to that woman, Zhen Cai Yuan!”

He didn't know why, but that woman seemed to be interested in Ju-Heon.

That was why he had even let her borrow his artifact to take care of Seo Ju-Heon.

“Seo Ju-Heon that bastard, he’s nothing if I can read the future……”
“What do you mean he’s nothing?! Seo Ju-Heon is moving extremely quickly! It's almost unbelievable!”

The Monarch of Fate didn't even snort after hearing that.

Who cared if it was an unbelievable speed?

“He must be on a plane or something. Where is he headed? Chairman Kwon’s house? A government building? A tomb? Who the fuck cares where that son of a bitch is headi-…”
“You can't be this calm, sir!”
“Ah why?! Did he go to a brothel or something?!”
“Fuck, no sir! He’s headed here!”
“W, what? To this building……?”

The Monarch of Fate, who had been confused as he was still half asleep, dropped his jaw in shock.
He felt as if he had been hit over the head with a hammer.

He jumped out of his bed.

“Prepare the defenses right away! Use that thing!”

They all became anxious at this unexpected emergency situation.

“Look at him sleeping so peacefully in such a situation.”

Seol-A clicked her tongue at Yoo Jaeha who was completely pale as he laid there unconscious.

It was fine that they got him admitted to a hospital, but……

“There’s nothing dangerous. He just got a stomachache.”

“Who told you to copy an artifact and switch it as you pleased?”

Even medicine can be bad for a person if taken incorrectly.

The other team members clicked their tongues at him, saying this happened because he was greedy for an artifact.

Seol-A cautiously looked at Julian at that moment.

“But Vice Captain-nim, do you really think that Jaeha…… Is a traitor?”
“Yes.”

Julian’s thoughts had not changed.

“There's no other reason for our artifacts being in such terrible conditions.”

Julian's gaze turned cold while looking at Jaeha. Seol-A flinched after seeing his gaze and turned toward Chloe.

She wondered how Chloe could come up with such a number, but Chloe was peeking at Yoo Jaeha.
She wasn't shaking in anger like Julian, but her gaze was still not nice.

“I was uncomfortable from the beginning when I found out that Yoo Jaeha was on this team. I also thought that Yoo Jaeha betrayed us.”
“W, what?! But……!”
“I just haven't said anything because it seemed that the Captain-nim trusts this guy.”

“Ju-Heon might not show it, but he’s a very affectionate person. He considers the team members as his family.”

That was the reason he tried his best to even tutor the employees that TKBM had called trash and help them get stronger.

Julian had even thought Ju-Heon wasn’t a bad guy at one point because he knew this side of Ju-Heon.

“But we still can’t accept a traitor.”
“Please don’t worry. The Captain-nim knows right and wrong as well.”

Chloe was not very worried.

She knew that Ju-Heon wouldn't be controlled by affection.

That was how he was.

Ju-Heon would definitely get rid of Yoo Jaeha if he really was a traitor.

If there was something Ju-Heon was worried about…

“It would be finding a restorer to replace him.”

There was no other restorer at Yoo Jaeha’s level in this world.

Actually, nobody in the world could replace any of the team members on this tomb raiding team.
Each person was worth about a thousand people. They were also subordinates who had developed chemistry with Ju-Heon.

“That might be why he is just trying to use his abilities without restoring his memories.”

Seol-A started to tap her feet after hearing what the two of them had said.

She could understand where the two of them were coming from.

Everybody on the team had been smacked in the back by Yoo Jaeha multiple times.

They had lost all of their money more than once, been betrayed, fallen into traps, and even felt that their lives were in danger.

He would then say some shit like, ‘it’s your fault for being tricked!’

‘This damn son of a bitch.’

There really was no way to deal with this punk, but……

‘Hey. Look at this! The Captain-nim bought my painting.’

‘Ho! You probably forced him to buy it again.’

‘Fuck, I didn’t! He's the only person who appreciates my painting!’

She didn't think that he would really have betrayed them……

Seol-A, who was waiting for Ju-Heon to contact them, asked a question.

“Umm…… Is it really okay to send the Captain-nim to the Monarch of Fate’s place on his own?”

Julian wasn’t very worried about that.

Ju-Heon wasn’t the type to be beaten up no matter where he went.

“It’s not like the Monarch of Fate has an artifact to make a person powerless.”

They knew all about the artifacts he had. That was why they knew how to deal with him as well.

Ju-Heon was the type who liked to move on his own from time to time.
Seol-A seemed to be worried even though she knew that was the case.

Chloe sighed while looking at her.

Chloe looked at Yoo Jaeha, who was still fainted, as she continued to speak.

Even Julian seemed to have been worried about Ju-Heon.

He didn't think anything would happen, but he was concerned as a friend.

“Let’s go meet Dan on the way and go with him.”

Chloe walked the two of them out and returned to the room.

The fainted Yoo Jaeha was now up.

Yoo Jaeha groaned and tried to go out.

“Sigh. The restroom is to the left.”

Chloe released the lock and opened the door.

Chloe then heard a voice by her ear.

“I’m relieved to see you again.”

She turned her head in shock to see Yoo Jaeha slam the door as if he had never been sick.

Chloe became flustered after instantly getting locked in.

She tried to open the door but he seemed to have used an artifact to make the door feel like concrete.

Yoo Jaeha laughed out loud as he started to speak.

"Stockfish. You stay here because it’s dangerous. I'll be back soon after seeing the Captain-nim.”

Chloe became shocked after seeing the familiar look in his eyes.

That gaze and what he called her…… she was certain!

‘This bastard! He was tricking us even though his memories had returned?!’

Happy thanksgiving! Enjoy time with your families if you celebrate and see you all tomorrow.

o.O how did his memories return? And why does he call her stockfish? 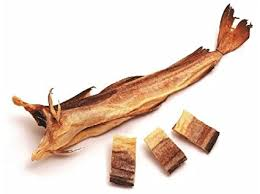 Happy thanksgiving! Enjoy time with your families if you celebrate and see you all tomorrow.