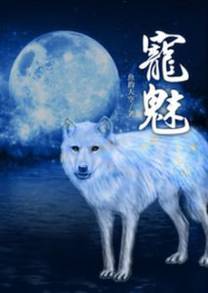 The Charm of Soul Pets

Are you sure you want to redeem the ebook for The Charm of Soul Pets using a voucher?

Many islands dotted the vast oceans of this world. However, some of these islands were a lot more sinister than the rest. These islands, known as Nightmare Islands, were true nightmares to all but the strongest and most fortunate. Children were kidnapped and thrown on these isolated islands by the Nightmare Palace. There, they were forced to sign soul pacts with evil soul pets: Nightmares. These devils slowly devoured the souls of their trainers to grow stronger. If the children did not cultivate fast enough, then their souls would be devoured whole, leaving only an empty husk behind.

Chu Mu, the protagonist, was an heir to the Chu Clan, but due to a plotted murder, he was thrown to the island, sentencing him to almost certain death. Dancing on the edge of life and death, he struggled to survive with a small Moonlight Fox he captured. When he finally escaped the devilish foremen on his island, he couldn’t help but let a breath out. But little did he know, the experience was only a beginning to a fated journey with his little Moonlight Fox…

Our protagonist, a soul pet trainer, had at first a young, mutated soul pet – a Moonlight Fox. In unending fights, it mutated into the stronger Evil Flamed Six-tailed Demon fox and the even higher leveled Queen Flamed Nine-tailed Firefox!Under the companionship of this soul pet, he walked on the path to become a king, catching precious and rare soul pets, and never ceasing his endeavor to becoming the very best!