The first prime was fully incensed. She knew that Jiang Chen had to be the one on the tenth island right now and how much trouble he was in.

However, the allotted time was far from being up yet. It was tremendously insulting to the Eternal Sacred Land to tally results right now, and she wasn’t going to stand for it.

In truth, the person who’d made the suggestion had only done so to provoke her.

Though it was nearly consensus that Jiang Chen wouldn’t be able to come back out, they still had to follow the rules. On the off chance that he did happen to return, they would be in a very awkward spot without doing so.

Thus, keeping up appearances was fully necessary, regardless of the unbroken curse upon the tenth island.

The factions on good terms with Eternal came over to comfort the first prime.

Puresmoke of the Martial Sacred Land offered her own perspective. “Daoist Qi, I perceive that Jiang Chen is favored by fortune. There are no omens of ill in his visage. We can take the rumor and history into consideration, but it’s not all conclusive. A genius like Jiang Chen is surely different from all the others. I’m certain he will evade every danger.”

The Martial Sacred Land was indebted to Jiang Chen, and Puresmoke herself rather admired the youth. If he hadn’t settled down with Huang’er long ago, she would’ve tried to get him and her disciple Yu Ling together.

The first prime struggled to smile. “I hope you’re right, my friend. If he gets out of this one, nothing can stump him.”

“The best geniuses always endure hardships that the mundane are exempt from. They are honed and strengthened through every trial, until they finally attain the pinnacle of achievement.”

The jade slip didn’t assign him a task for the tenth trial. Was there not one?

“This is strange. Is my job to just last the allotted time and survive?” he pondered.

As soon as he arrived, he felt a marked difference between this tenth island and all nine of the ones before.

Jiang Chen noticed no sense of danger here. There was an odd peacefulness and calm. The sparse plant life barely managed to hide much of anything.

The island itself didn’t look very big either. It was enshrouded in a faint sea mist, but that was nothing harmful.

“What mystery does this island hold?” Jiang Chen couldn’t understand. His consciousness detected no signs of life whatsoever all around him.

The occasional buzzing of insects aside, not a peep could be heard.

“Is this island unsuitable to life? From the looks of the sparse trees and grass, I guess that might be the case.”

Perplexed, Jiang Chen began to explore a bit more. The barren earth contained potent spirit energy, which didn’t quite match with the facts. There was a lot to think about.

He stayed put and slowly climbed the slope he stood upon. The incline was very gentle.

His conclusion was no different at the top. Nothing around here concealed a shred of danger.

This seemed pretty unlikely. There were only ten islands on Sandplain’s shores. The sacred lands wouldn’t get this much wrong!

Jiang Chen paced around, but made no new discoveries.

Sighing softly, he gazed into the distance. There was nothing to see save the waves.

The sky was perfectly clear and halcyon, as calm a sheet of azure as the sea beneath it.

How could this place be the place of the tenth trial?

“Ah, well. I might as well walk around a bit. Whether this is the tenth island or not, I can at least scope out my surroundings.”

There was no question that he would place squarely first in the competition. He ranked at the top for both rounds. Thus, he was in no hurry at all.

The island wasn’t big. It took less than thirty minutes to walk around its perimeter. Unfortunately, it turned out to be thirty minutes of wasted time.

The only thing Jiang Chen had confirmed was the nonexistence of life here. There was nothing more threatening than a few bugs and frogs.

They were such mundane pests that they couldn’t even hurt ordinary people, much less an advanced empyrean cultivator like him.

“What’s up with this place?” His mind full of questions, Jiang Chen sat down flat upon the ground.

As soon as he did, he felt his consciousness tingle. There was a tiny bit of trembling in the ground. ...had his senses deceived him?

No—there it was again! The ground had sunk for a brief moment.

Jiang Chen tried to tune into that sensation, but there was no more. He furrowed his brow; something was wrong.

His consciousness was sharp enough not to hallucinate. What he’d felt had been real.

How could an island shake though? An underground pulse, or a localized earthquake perhaps?

It really didn’t feel like it. There would be more activity if that was the case.

“I guess I really am hallucinating?” the young man ventured uncertainly. 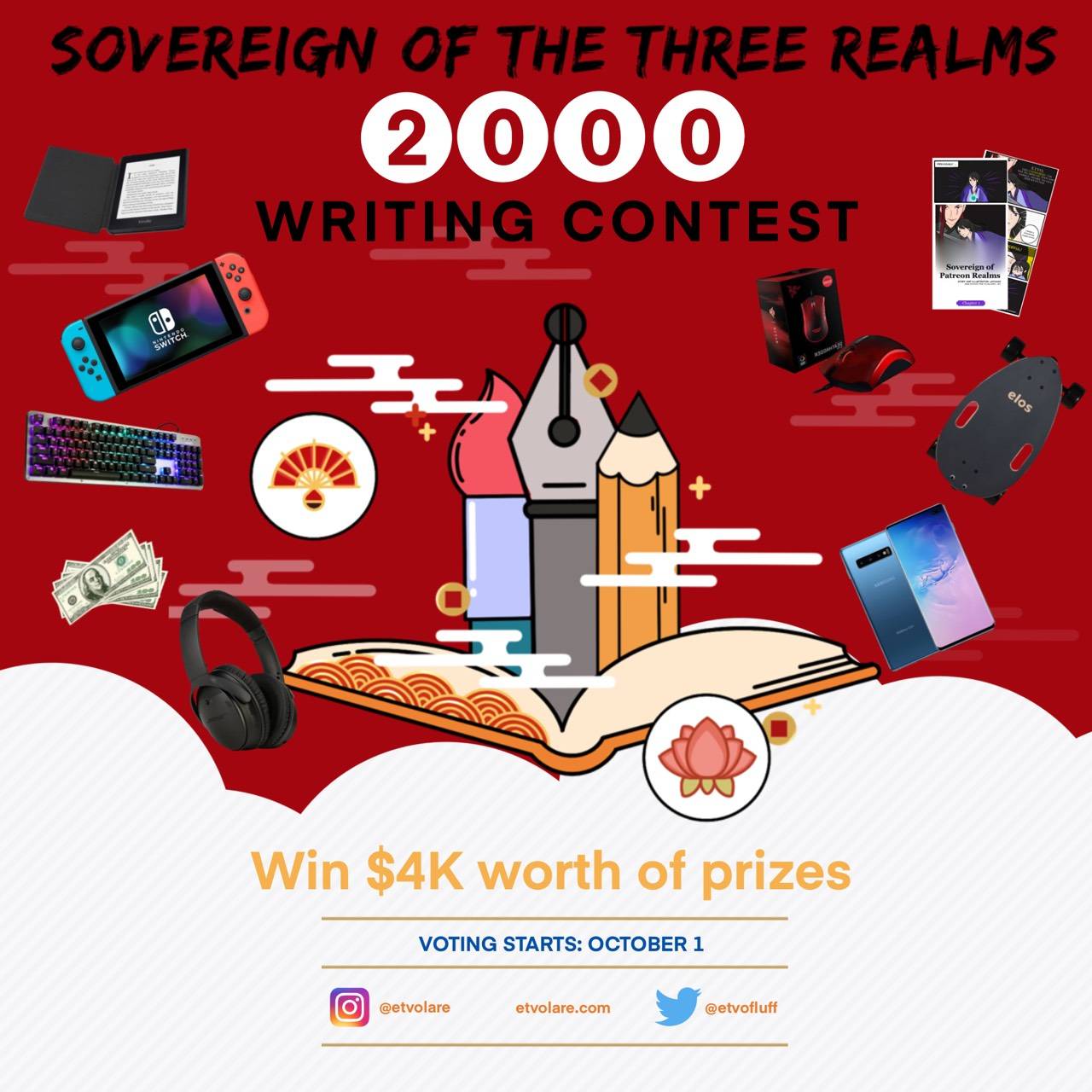 Reminder, two weeks left to vote in the writing contest!! Get your votes in for a chance to win prizes!

We've got some stories of what happened before the cataclysm, odes to various girls, and if the bad guys turned out not so bad after all. Fantastic spread of great stories and it's been amazing to read them all! Seriously, y'all are very talented and should write your own web novels!

Also, a shout out to Pegaz who so generously kicked in some money for the prize pool. Like LitRPGs? How about idle system games? Check out his series, out on Amazon!