More and more gathered to watch the spectacle.

The Polylore prime slightly regretted his previous words. He had wanted to win the confrontation through imposition and momentum alone. Alas, that wrong move had angered those from the Eternal Sacred Land.

“Alright, perhaps I misspoke. Little brother, you can at least spare five or ten for Polylore though, can’t you?”

Jiang Chen disliked the man’s greedy attitude. Was everyone from Polylore this grating? Did they not know how to talk like normal people?

“The Crowning Empyrean Pill is hard to produce. I have no plans to sell it to the public,” he retorted coldly.

The Polylore prime didn’t expect such an inhospitable response. He could accept being chastised by Puresmoke, but it was mortifying to be blatantly refused by Jiang Chen.

The first prime was stony. “Is it not common for the talented to hold themselves to a separate standard, Daoist Zhao? Why don’t we talk about how what you said was incredibly rude to a pill dao genius? The Crowning Empyrean Pill was invented by Jiang Chen. Any other empyrean pill sovereign would’ve lost their temper on the spot at what you said.”

This was absolutely true.

In the world of pill dao, many of the ancient pill sovereigns had difficult temperaments. One wrong word could lead to a huge disagreement. Which one of them didn’t have a short fuse? But rather than nature, it had been nurtured by those around them.

Pill sovereigns were rare to find, and those who were especially skilled in a unique field were even more sought after. As time went on, a demanding disposition naturally formed.

Therefore, every martial cultivator knew of the unspoken rule: never get on a good pill master’s bad side.

It was very unwise to upset such people, much less induce them to form a grudge. Once they did, there were countless methods of getting their enemy into trouble.

After all, too many people needed the services they could provide.

Someone from another sacred land smiled when they saw Polylore being met with a face full of dust.

“Daoist Qi, we’ve heard of the Crowning Empyrean Pill’s potency for a long time. We have no hard requirement for a specific number—we’d just like a chance to buy it. Myriad Abyss Island is made a better place by the existence of this pill.”

“Indeed, the Eternal Sacred Land’s research has benefited all of us. Please, offer a way to allow us to purchase the pill.”

“Young friend Jiang Chen has such remarkable pill dao talent despite his youth. He will surely become one of Myriad Abyss’s leaders one day. I have no doubt that someone as magnanimous as him wouldn’t hoard the pills for himself.”

While some flattered the Eternal Sacred Land, others focused their attentions on Jiang Chen.

The first prime was quite pleased to see this. “The pills were refined to be shared.” She laughed. “However, you understand that we have to recuperate the costs of the materials and manpower. The pill’s price must reflect this.”

“Of course, of course. There is no such thing as a free lunch! As long as the price is reasonable, we’ll buy as many as we can.”

“Quite so. A pill as amazing as the Crowning Empyrean Pill must have a price to match it!”

Because of their need, the crowd was uniformly well-behaved.

Jiang Chen had already planned to auction the Crowning Empyrean Pill before coming here. He cleared his throat upon seeing the passionate atmosphere.

“I did refine a number of Crowning Empyrean Pills before coming out here. I don’t have many of them, but I should be able to satisfy some of you. Because of the drastic difference in supply and demand, I may need to sell them through auction. If I didn’t desperately need a large amount of spirit stones, I would be loath to sell them in the first place. I have many friends and family who need these as well, and it’s very hard to gather the materials for them.”

Everyone grew excited when the young man affirmed his intent to sell the pills. The news that he was going to offer them at auction however, alarmed them.

The pills would definitely become much more expensive.

Those from the Flora Sacred Land looked on at Jiang Chen’s popularity with great distress.

Their enmity with the Eternal Sacred Land spanned across generations. With Shi Xuan losing the bet to Jiang Chen and becoming his pill slave, the Flora Sacred Land had been shamed by association.

Once upon a time, they had been foremost among the ten for pill dao. In fact, its attendees had prepared many varieties of pills in order to show them off at this event.

But now, their hopes had just gone up in smoke. The Crowning Empyrean Pill far surpassed whatever pills they had in store.

“Young friend Jiang Chen, I think now is a good time. Why not auction them off right away?”

“Exactly. We’re all fired up for them already!”

“Ah, hold on,” the first prime cut in hurriedly. “We’re gathered here for the competition of geniuses. We can’t let the Crowning Empyrean Pill lead us astray on such a big tangent. Let’s do what we came here to do first. If you’re all still interested after that, we have plenty of time for an auction later. The pills aren’t going anywhere.”

She wasn’t going to allow the Crowning Empyrean Pill to be sold now. The Eternal Sacred Land wanted to be the leader of the alliance.

The pill would be a big motivator in winning the other sacred lands’ support. If they played their hand too early, who else would support them then? The auction had to be delayed until after the vote.

Jiang Chen knew what the first prime was thinking of. “I am, of course, obligated to listen to my first prime.” He laughed. “Don’t worry. I said I would auction the pills. I won’t go back on that.”

That set the tone for what was about to come. It was unrealistic to expect the pills to be auctioned right at this moment.

“Ah, Holy Girl Yu Ling is truly blessed to have one gifted to her.”

“Haha, are the Eternal and Martial Sacred Lands planning to intermarry?” joked many.

Some of the sacred lands came up with a new idea. Why not have their best female geniuses interact more with Jiang Chen?

The holy girl was one of the sixteen golden hairpins, but the other sacred lands had girls who were among that number as well. For a young, virile man like Jiang Chen, perhaps seduction was the best way forward? 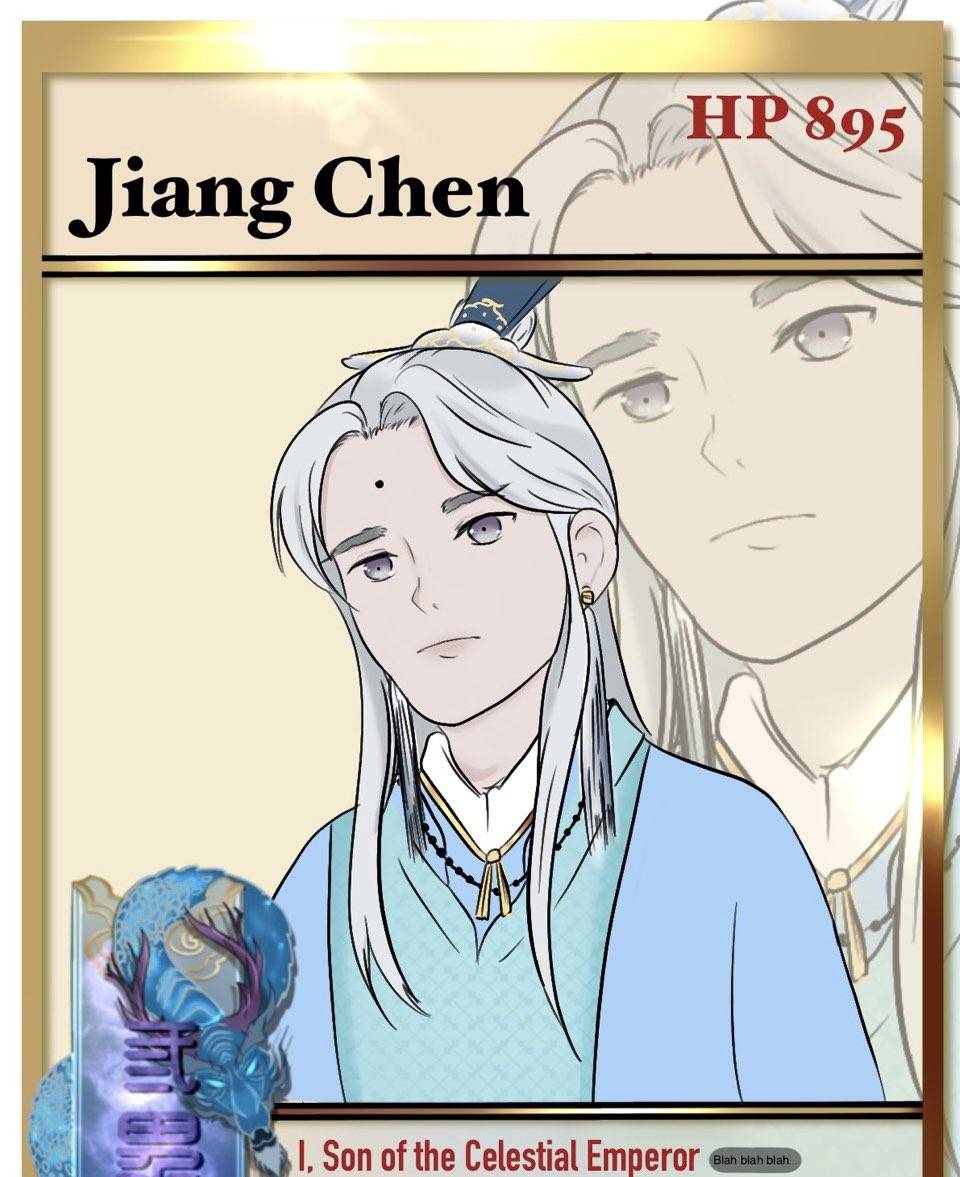 Ah, do none of them know that he has a dao partner? XD This will be amusing...

And, was inspired to do a SOTR trading card game this month lol. For deets and a sleepy etvo pin, please check out my Patreon!