Chu Xinghan was rather demure when he entered Jiang Chen’s room. He didn’t know what he was supposed to do or how to react.

Jiang Chen smiled as he looked over his old acquaintance. “Brother Chu, it seems you’ve advanced since our last meeting on Eternal Spirit Mountain. After you left with Elder Shun, I didn’t expect to see you again here.”

“You…” Chu Xinghan trembled. Astonished, his eyes glazed over as they fixated on the other man. For a time, he couldn’t even speak.

“You’re… Jiang Chen? And you’re Miss Huang’er?” Having followed Elder Shun for many years, Chu Xinghan realized the truth after a moment of lucidity.

“Indeed, it’s us. How have you been, Brother Chu?” Jiang Chen made an effort to speak as calmly and softly as possible. He knew that Chu Xinghan was very stressed right now.

After a long period of shock, Chu Xinghan finally came around. “Never in a million years would I have expected to see you here, Brother Jiang.” He smiled wryly. “Miss Huang’er, I’ve heard about what happened to House Yan after coming here to Myriad Abyss. If I may ask, how is my master now?”

Chu Xinghan had always wanted to go there to see for himself, but he remembered Elder Shun’s instructions. He was not to do so until he reached mid empyrean realm. Though he was a very loyal person, he could not disobey his master.

Yes, his current cultivation put him at the top of the human domain, but it wasn’t worth much in Myriad Abyss.

Even third rate factions here wouldn’t spare him a second glance. Empyrean realm was the most basic of achievements. It was difficult to get anywhere without first attaining that requirement.

Chu Xinghan’s strength had increased quite rapidly over the past few years. Given his origins, he owed a lot to Elder Shun’s painstaking guidance.

Of course, none of the sixteen kingdom alliance geniuses lacked talent. Rather, they lacked someone to show them the ropes, as well as an environment and resources to grow with.

When Chu Xinghan had found a new master in Elder Shun, the elder had helped him rebuild his constitution and meridians. He wasn’t much different from a Myriad Abyss genius now. That was why he had reached peak great emperor in the first place.

It would have been almost impossible for him to get to his current level otherwise. Even if he had, he would’ve spent more than ten times the time to do so.

“Elder Shun… his cultivation was crippled by the house.” Huang’er sighed softly. She was saddened whenever she mentioned this. The elder’s suffering had largely been due to her.

“Don’t worry.” Jiang Chen smiled. “Elder Shun is doing well now. Last time I visited House Yan, I brought him to the Eternal Sacred Land to help him recover. He should be as good as new in a few years – better than ever, in fact.”

“Really?” Chu Xinghan was delighted. “Master is alright, then?”

“I would say so, yes,” Jiang Chen nodded.

Tears welled up in Chu Xinghan’s eyes. Though he’d been considered a genius in the Purple Sun Sect, he had not been happy there. His travels with Elder Shun had been filled with much more joy in comparison. The elder had given him many things: tutelage, guidance, and care.

He had felt a paternal warmth during his time with the old man. From that time forth, he treated the elder as his own grandfather. He had cultivated like mad the past few years so that he might rescue his master one day.

Alas, this wish had always been limited by his cultivation.

Thus, he was very excited to hear that his master had already been freed.

Once Chu Xinghan recovered himself, he and Jiang Chen exchanged stories of their respective histories. The young man had heard a great deal about Jiang Chen’s exploits elsewhere, but his status as a wandering cultivator had prevented him from picking up on too much. Most importantly, he had lain low all this time in an effort to stay hidden.

His master had told him upon their departure to be careful. If House Yan found him, he wouldn’t be able to escape.

His indignant outburst had only been due to the Blue Eagle Guard’s contempt. Without Jiang Chen, he would’ve died here.

Their reminiscences elicited a wave of thoughtful sighs. From start to finish, Chu Xinghan didn’t ask after the Purple Sun Sect one bit. He was wise enough to know that it was too small to have survived the calamity.

He didn’t feel much for its destruction, anyway. Any lingering affection had long disappeared.

After all, he had almost died at the hands of his peers. Without Jiang Chen there to save him, he would be long buried.

“Brother Chu, we’re going back to Eternal Divine Nation tomorrow. Come with us. Elder Shun will be very happy to see you again.”

Indeed, his heart had already flown there when he heard that Elder Shun had regained his freedom.

“Brother Jiang, why not leave right now? I heard that there’ve been some changes around here in Bluesmoke. They seem to have found a new backer. Some say they’ve been motioning to create a new divine nation here, one to rival the Ten!”

“What did you say? A divine nation, here on Bluesmoke?” Jiang Chen frowned. “Does Bluesmoke have the strength and resources?”

He knew better than anyone where the Ten Divine Nations had come from. They’d inherited heritages from the ancient demon-sealing war. Having always been a second rate faction, was Bluesmoke daydreaming when it made a claim like this?

His brows remained furrowed when he thought of the implications of this.

“Maybe this is a smokescreen?” Huang’er laughed. “We know of their mediocrity firsthand.”

Jiang Chen did not agree. “The times are different. Myriad Abyss—no, Divine Abyss in general—is in the midst of chaos. Drastic changes are taking place all over. It’s hard to say that that isn’t the case here.”

Huang’er nodded a little at his analysis. Her encounter with the imperial family a few years ago had reflected their inability back then, but things could definitely be different now.

Guys, if I may take a second to reiterate the importance of reading on WW. I know all of you do, that's how we're all here talking! 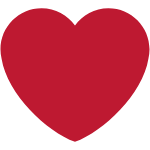 But maybe your friends don't, and with how much adblock/shitty ads/ads just suck these days, revenue from advance chapters is really more important than ever.
That won't even be a possibility if readers aren't reading on the legitimate site in the first place

So please, help us serve you. Read on WW and whitelist the site if you would please. And maybe throw a couple bucks at your fav translators.