Shi Xuan’s ominous foreboding had been proven right. The cauldron’s resonance was a curse upon him and pushed him to near breakdown.

No matter how confident he was of himself, he knew he’d never break that record. His mind blanked in this denial of reality. How could an inexperienced brat possibly do this?

Shi Xuan tensed, his expression contorted in a scowl. He knew better than anyone that he’d truly lost, and it was a loss that he couldn’t deny. His mind was in morass as he wondered how his failure came to be. Where did the sacred land even find this youth?

Even with countless eyes watching them, Shi Xuan was tempted to go back on his word, but his heart spasmed when he thought of the oath he’d sworn. His reputation would never recover from the damage it’d suffered today.

Jiang Chen didn’t rush his opponent. As it were, iit would take some time for the cauldron to cool down.

The spectators made for a collage of odd expressions. Those from the Eternal Sacred Land could barely suppress their joy, while delegates from the other factions were stunned that Shi Xuan had lost.

If they’d heard about the match rather than witnessed it themselves, they would’ve never believed the outcome.

Shi Xuan had built up his reputation through defeating pill dao figureheads at a young age. No one had ever foreseen he’d one day be humiliated in the same way he’d treated others, his pride ground into the dirt. They’d witnessed an unbelievable feat!

The cauldron was about cooled by now. Jiang Chen remarked faintly, “It’s important to win with integrity and lose with dignity, Shi Xuan. It’s your turn. Are you going to play dead, or are you going to break your oath?”

Shi Xuan turned beet red. He wanted nothing more than to bury his head in the sand, to leave the place where he had lost his pride.

There was no place for him to hide, and the heavenly laws wouldn’t allow him to break his oath. Nonetheless, he hadn’t tried his hand with the cauldron yet. He hadn’t lost, yet. There was still a chance.

He decided to give it a go. Maybe the cauldron was easier to heat up than usual?

Sadly, his attempt to comfort himself was completely unfounded. Although he was highly skilled in controlling fire, more than one third of the incense stick had burned when the cauldron rang. He’d taken almost two times as long as Jiang Chen had.

Most importantly, though his cauldron had resonated brightly enough, it was nowhere near as arresting and dramatic as Jiang Chen’s attempt.

Even those who knew nothing about pill dao could tell the difference. The sound signified the finesse of the heating process, and it reflected a pill expert’s mastery and control over a cauldron. It was undeniable that Jiang Chen had defeated Shi Xuan in every aspect.

Shi Xuan’s footsteps faltered. He itched to smash the cauldron to pieces and raze the entire sacred land, but neither was within the limits of his ability.

The bet was at an end. He had lost two rounds in a row, marking him the clear loser.

He’d claimed that the Taiyi Skymender Pill was the only thing he didn’t know. Now it was clear that some boasts were better left unsaid. His hubris had destroyed his reputation and even deprived him of freedom.

Applause slowly started up from the assembly.  It wasn’t a standing ovation, but many followed the crowd and clapped. The tide applause made a clown out of Shi Xuan, who stood at the center of the stage.

The middle-aged man from Flora Divine Nation exclaimed, “Wait, wait! This is a conspiracy! A conspiracy, I say! Think about it. Master Shi Xuan’s extraordinarily talented in pill dao! How old is this kid? How could he possibly have defeated Master Shi Xuan? This a trap carefully designed by the Eternal Sacred Land to set up my master!”

The man had to be Shi Xuan’s attendant. He hopped and hollered like the court jester, trying to overturn the bet.

But Yan Qingsang wasn’t going to let that slide. “Sounds like you’re going back on your bet. Be my guest! See if the heavens make you pay! How dare you call this a trap!? Is there a brain in that empty head of yours? How could Shao Yuan have set up your master? Do you think he foresaw how your master was going to brag and planned the bet beforehand? Do you honestly think that’s possible??”

He was no pushover either. He’d heard about Elder Zimu’s defeat and how it’d driven him to death from an inner demon. He’d quite wanted Jiang Chen to give Shi Xuan a taste of the latter’s own medicine.

The moment Shi Xuan lost, his fate was sealed as Jiang Chen’s pill slave, an utter catastrophe for someone as prideful as Shi Xuan. Of course he couldn’t accept it.

“I don’t care about all that nonsense,” the middle-aged man persisted. “I just know that no young genius in Myriad Abyss can beat Master Shi Xuan in pill dao. The Flora Sacred Land denies the validity of this bet!”

Shi Xuan couldn’t change his mind himself; naturally others had to do it for him. They didn’t care if they appeared base or embarrassed themselves in the process. The Flora Sacred Land couldn’t afford to lose Shi Xuan. Their foundations wouldn’t be impacted that much, but their development in pill dao would suffer greatly.

Jiang Chen wasn’t surprised by their reaction at all. He smiled. “You know how a heavenly oath works, Shi Xuan. Feel free to let your people argue you out of it. The heavenly law is inescapable. You don’t want to try your luck.”

Shi Xuan trembled with fury. He’d never been humiliated by his opponents like this in the past decades. He’d always been the one doing the humiliating, and he greatly enjoyed seeing his victims breaking down.

And now, retribution was here.

He was fully experiencing the despair and pain he’d once put his enemies through.

All eyes were on Shi Xuan, their gaze glinting with all manners of emotions. Some were delighted by his misery. Some lamented his fate. Others pitied him. And of course, there were those who wanted him to suffer more.

“You should admit your defeat, Daoist Shi Xuan. This is the unwritten rule of the pill dao world for many years. Besides, you’re bound by the heavenly oath.”

“That’s right. Don’t try to get out of this, fellow daoist. If the heavenly law senses your reluctance and punishes you, you’ll be in serious trouble.”

There were indeed such precedents. Shi Xuan didn’t dare repeat the mistakes of his forebearers. However, the middle-aged man refused to stop raising a ruckus.

“Enough!” Ziju Min snapped with a frown. “Just be frank if you can’t take the loss, Shi Xuan. Have this clown shut up. We feel ashamed for the Flora Sacred Land even if you don’t find him an embarrassment.”

When Elder Zimu lost to Shi Xuan, he’d also been angry to the point of madness, but he’d never questioned the result.

Shi Xuan, on the other hand, was dragging his heels to admit defeat. Of course people would disapprove of his reaction.

After all, the match had been an honest one. Nobody had cheated. Everyone was willing to offer their endorsement. Many criticized Shi Xuan for his reaction while some tried to placate him.

They knew the conflict could be traced back to the past, when Elder Zimu had lost to Shi Xuan. What’d happen next was clear.

If Shi Xuan went back on his word, It’d be an insult to everyone and even a show of disrespect to the rules of the pill dao world. It was the most fundamental principle to live with one’s defeat.

Shi Xuan couldn’t be more regretful with how things had turned out. Why had he let his greed get the better of him? Why had he lusted after the Taiyi Skymender Pill and ended up in the young man’s trap?

He regretted making the ridiculous bet at the young man’s prompting. He could’ve refused it on the basis that their stakes weren’t on the same level. But his overconfidence and pride had kept him quiet.

It was too late for him to argue now. What was done was done.

What he wouldn’t give to go back in time and take the first option proposed, to admit cheating in his match with Elder Zimu! That’d be a much better fate than the one awaiting him. Now, his dignity was the least of his concern. He was no longer a free person.

There was no pill for regret in this world.

His expression clouded with dejection, contorted with rage, and an overwhelming sense of despair.

“Fine, I concede. I’d been unrivaled in the pill dao world. I didn’t expect today’s match to be my downfall. What a mess...” 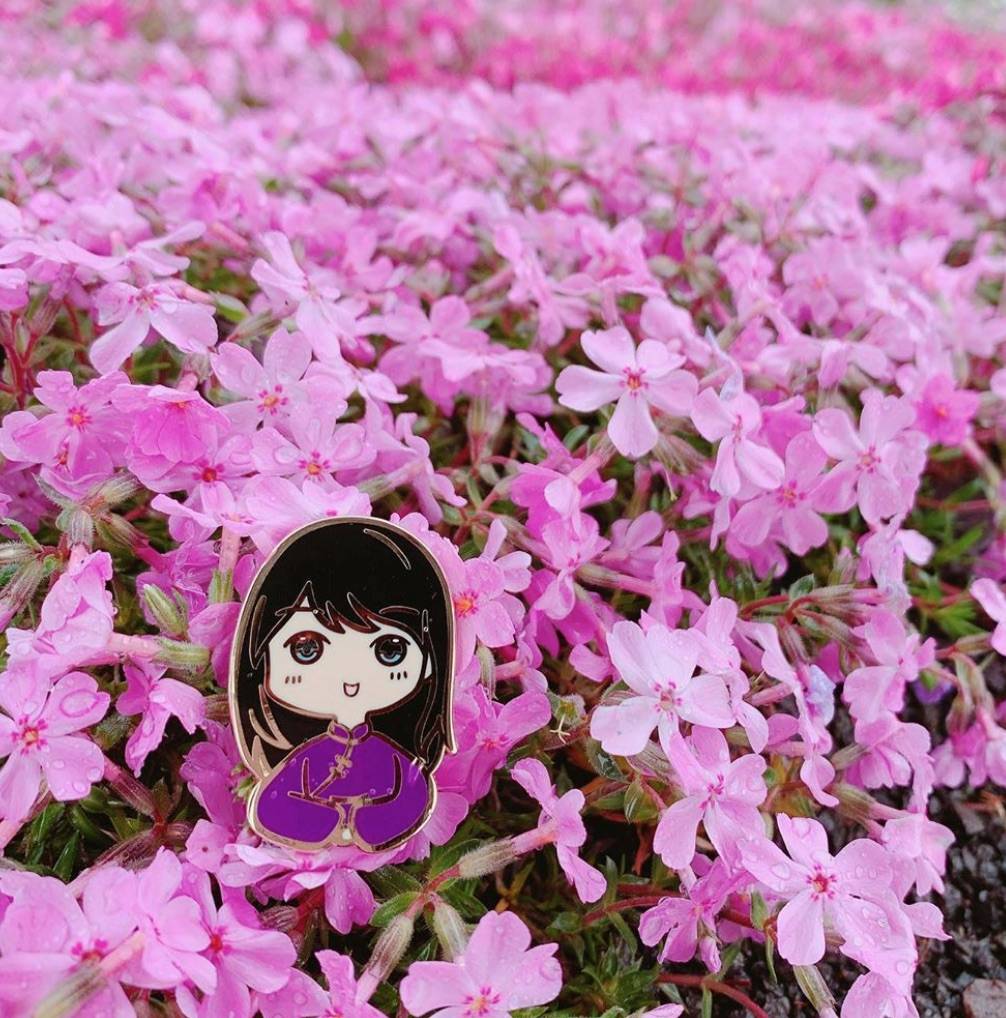 Last chance to grab my inaugural pin! Please check out Patreon if you'd like to support your neighborhood wuxia translator. :D