“You… you are the young lord of Veluriyam Capital?” King Gunuo wasn’t slow on the uptake. He immediately reacted to the youth’s age and bearing. This couldn’t be someone from the Heavenly Dragon Sect!

Jiang Chen smiled placidly. “You have a keen eye. What a shame you came to the human domain to forfeit your life. Shall I oblige you?”

The king paled. He finally realized that his intuition had been warning him about this poison formation rather than an ambush!

The formation had been cleverly set up to obscure all traces of its existence. When he’d finally noticed, the poison had already invaded his consciousness.

King Gunuo squinted at Jiang Chen through half-closed eyes. If I can take him down, maybe I can force him to give me the antidote! This is my last chance!

He knew that his current condition was awful. If he started a fight, the poison would only act quicker. But he had little choice otherwise.

He pounced like a shadow in Jiang Chen’s vicinity.

The four stone golem brothers stepped up without another word. They swung their enormous weapons at King Gunuo with a practiced hand.

King Gunuo was extremely strong at fourth level empyrean realm. Two or even three cultivators at Shu Wanqing’s level wouldn’t have been able to stop him. But he needed to be at peak performance to be unstoppable.

Currently, the king could barely exert a third of his strength, and that fraction was quickly decreasing. This was why he had taken the risk to catch Jiang Chen.

“Out of my way!” King Gunuo instinctively believed that these four brutish guards had little combat ability. His shoulders shook, his empyrean aura slamming into the four giants.

The total ineffectiveness of the attack surprised him.

“How can this be?” Among the warriors of the village, four other empyrean experts came rushing in from the back, howling with fury. They understood what the king intended to do.

Jiang Chen chuckled. “Come on, then.” He arched his back, raising the Holy Dragon Bow at the oncoming enemies. “Strike!”

He was a half-step great emperor now. The Holy Dragon Bow’s power had been amplified greatly thanks to the increase in cultivation. Each arrow it fired had the power to bring about death.

Normally, he wouldn’t have been able to kill empyrean experts with single arrows. But these ones were severely debilitated.

Missiles that normally would’ve been able to be dodged found its mark by half a beat’s difference. A bloody hole appeared in the Savage expert’s head, his body exploding in gory finale shortly thereafter.

Roaring loudly, Jiang Chen grabbed three more arrows, pointing them at the three other empyrean experts. They halted in their step when they saw the fearsome sight of their companion’s corpse. They were afraid.

King Gunuo was utterly exasperated at their reaction. Why were they worried about personal safety at a time like this?

If the four of them had swarmed Jiang Chen, they would’ve had a very good chance at capturing him. Even if they’d killed him, it was possible to find the antidote on his body somewhere!

A moment’s delay due to terror changed the circumstances entirely. The opportunity had been lost.

In their moment of hesitation, Jiang Chen tossed forth his Nine Labyrinth Formation. The three experts were swept within. They didn’t have time to recover from being caught off guard, and scurried about fearfully like lost dogs.

Jiang Chen didn’t want to waste energy attacking them. His goal was to trap them and leave them to live or die as they would.

King Gunuo was his only prey today. He was the formidable enemy. Though the king was poisoned, he was able to suppress its effects. This distinguished him far beyond his fellow tribesmen.

Thankfully, the four stone golem brothers were quite strong too. They put everything they had to prevent the king from escaping.

The king was already gasping for breath in the one-against-four brawl. The two deathless puppets made the battle significantly harder for him.

Jiang Chen locked onto the king from afar, three arrows nocked upon his Holy Dragon Bow.

One, two, three. The linked arrows formed a perfect arc through the air towards the king.

King Gunuo was busy enough with his brawl. He couldn’t respond in a reasonable manner to the three arrows.

Thump! A hammering blow from one of the stone golems slammed into the king’s back.

However, Jiang Chen didn’t give him any respite. The three linked arrows arrived at his face.

Jiang Chen’s Confounding Puppets weren’t far behind. They pounced on the king’s legs, grabbing one leg per puppet.

The king was slack-jawed from what’d happened. He’d seen many fighting styles, but shameless clinging onto thighs like this was a first since childhood. Wasn’t this something only kids did in spats?

It was exactly because he hadn’t expected it that he had been caught off guard by the puppets. He was trapped now.

“Well done!” Jiang Chen shouted. An arrow was nocked once more. Whoosh! It hurtled in the direction of the king’s knee.

The Gunuo king could use a variety of postures to avoid other points of attack. But his lower body was trapped, so he couldn’t move his knee very much.

The arrow turned into a ray of light, sinking itself deep within the king’s knee. There was a cracking sound.

In the next moment, the bottom half of the leg disappeared. Only a bloody stump remained.

“Huh?” King Gunuo hadn’t expected something so catastrophic. His leg was as good as useless. He fell over dejectedly, defanged and declawed. The Soulless Powder of Wind and Cloud had taken full effect now.

“Jiang Chen!” Loathing was writ all over the king’s face. In the end, it transformed into intense supplication. “Jiang Chen, give me the antidote. I will exchange key intelligence for it!”

Jiang Chen smiled wryly. “I got this poison from someone else. I don’t have the antidote for it. Even if it exists, I’m not interested. As for key intelligence, why not trade it for your son’s life?”

Someone dragged over the village’s prince, Gu Tianqing. The younger Savage glared hatefully at Veluriyam’s young lord. Clearly, he was still hung up on being injured in the assassination attempt.

“Is underhanded the only way you know how to fight, Jiang Chen? Trying to assassinate me and ambushing Gunuo’s army. Why not fight face to face instead? Aren’t you the young lord of Veluriyam? Dare you fight me fairly?!” Gu Tianqing shrieked.

Jiang Chen smiled mockingly. “Do you think yourself worthy to fight me?”

He had fought enemies far stronger than Gu Tianqing before. A fair fight? Jiang Chen wanted to bray with laughter. These bastards of bandits, these invaders of the human domain, wanted fairness and justice?

Gu Tianqing was too naïve.

The disdain at the corner of Jiang Chen’s mouth burned Gu Tianqing with indescribable shame. Only one on high like him was fit to make that kind of expression! He seethed with anger.

“Oh that’s right, about that attempted assassination. You should thank me! The person responsible was actually Shu Wanqing. I’ve already dealt with him.”

“I have a lot of time, King of Gunuo, but your son doesn’t look the same way. You should know how strong the poison is, hmm?” Jiang Chen had no words to waste with the Savage king. Unless he wanted to see his son die in front of his eyes, he had to divulge all he knew. King Gunuo blanched, looking a decade older.

“Ah, it’s all over. I’ve lost completely. Jiang Chen, are you sure you’ll let my son go? You won’t kill him?”

“I don’t particularly enjoy releasing predators back into the wild,” Jiang Chen retorted coolly, “but since you’re willing to make such a huge sacrifice for your son, I’ll make an exception. Tell me your secrets. After you’re done, I’ll send you on your way. Tell me, why did the four villages’ armies remain in the Moon God Sect’s former territory without setting out?”

He desperately wanted to know the answer to this question. What kind of strange and stupid answer did the Gunuo Village have for him?

“Alas, if not for delaying there, how would things have come to this? I shouldn’t have listened to King Flowerback’s boasting!” However, the Gunuo king recalled their mutual agreement. No one could renege or vent their regret on anyone else.

“So you had no special reason for staying at the Moon God Sect for so long?”

“Of course not. Hmph, we were all waiting for Forefather Embittered Bamboo. He’s a pillar of the Embittered Savages and his word is law. We couldn’t come to any consensus without him, much less plan our attack.”

“Then why did you split your armies four ways?”

“That was King Flowerback’s suggestion. He said that the forefather would come at some point anyways. He said it was better for us to advance on Veluriyam Capital first, taking out a few other sects on the way.”

The king had tossed aside his regal pride. He knew that his life was as good as over. But perhaps he could keep his son alive to visit vengeance upon his foe.

Jiang Chen burst into laughter. He shook his head inwardly. The Embittered Savages were destined to remain uncivilized and barbaric; their intelligence could not be overestimated. There were many ways to divide up the forces, but they’d chosen one of the dumbest.

Jiang Chen almost wanted to thank King Flowerback, despite having never met the Savage. How idiotic would one have to be to come up with such a crazy proposition?

Heading deep into enemy domain after splitting limited troops up into four groups… Jiang Chen wouldn’t have ever made such a rookie mistake. 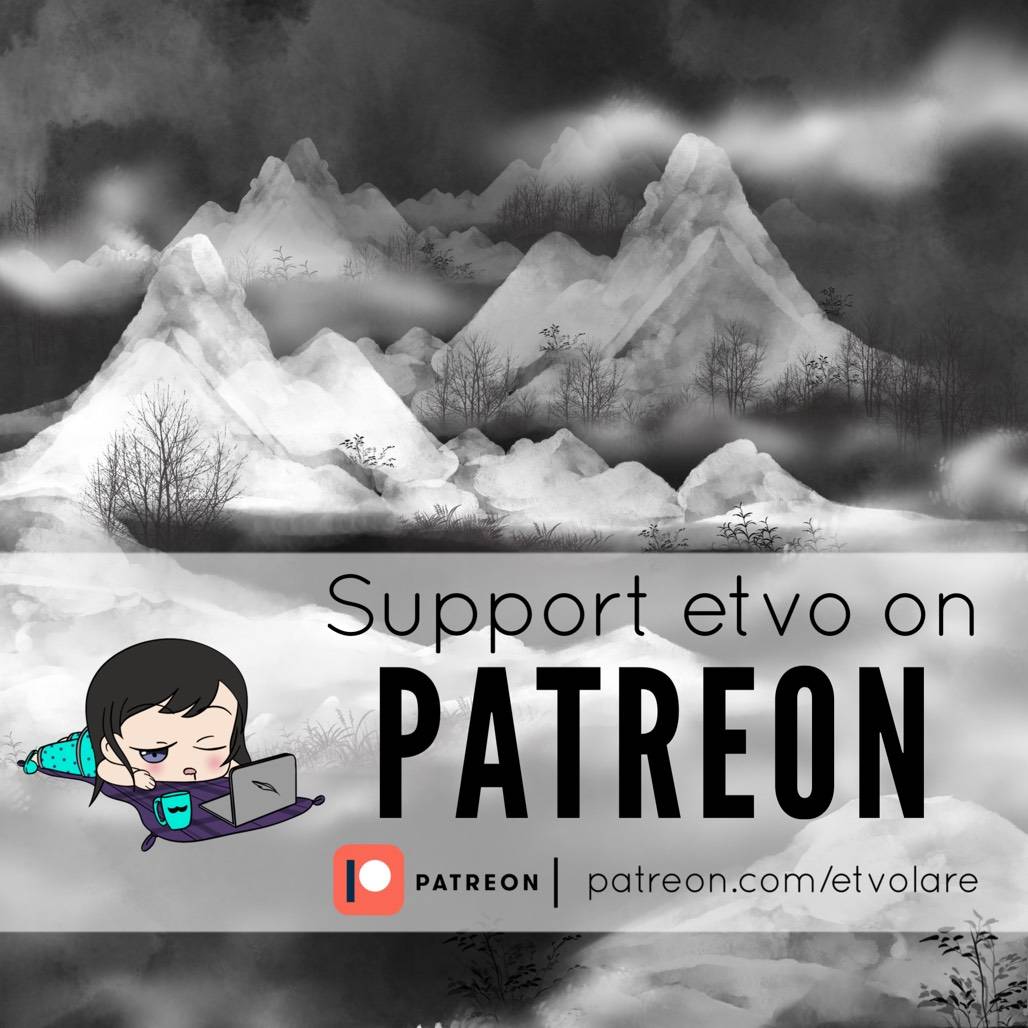