Jiang Chen was also caught in the vortex. He was able to protect himself with his superior speed, but he wasn’t able to escape its powerful suction. He reached for a spacetime seal and held it gently in his hands. He would crush the seal as soon as he sensed that his life was in danger and be teleported into Veluriyam Pagoda’s Six Palaces of Heritage.

Fortunately, even though the vortex had an extremely powerful pull, it didn’t contain a shred of lethality. That was all for the best as he didn’t want to use the spacetime seal lightly.

The free falling sensation ended in just a few breath’s time. The crowd had all ended up in a sea of red misty fog. The red fog was the same exact color as the bloody mist surrounding Sir Miao when he transformed into a demon. However, this patch was even thicker and felt even more eerie and sinister.

Sir Miao’s transformation had given others only an uncomfortable feeling, but this sea of red mist sent chills down everyone’s spine. The vortex disappeared after everyone had been deposited into the fog. The crowd regained their movements soon after its disappearance.

Those who didn’t cultivate eye techniques couldn’t see further than three meters in the fog. Those who did couldn’t see any further than thirty. Even though Jiang Chen had cultivated both the God’s Eye and Evil Golden Eye, he could only see at most a hundred meters in front of him without exerting himself to the utmost. If he did, he could double the range and see two hundred meters in front of him.

However, only a further blanket of bloody fog was revealed to him. There was no signs of life, buildings, or even a single piece of vegetation. It was as though they’d fallen into a barren sea of mist. Jiang Chen was quite alarmed, but after observing with his consciousness, he immediately realized that they were inside a formation. This made sense. There was no way they’d suddenly be teleported into a place filled with only red mist and nothing else within two hundred meters.

We’re definitely inside a formation and the Veranda master is absolutely behind this frightening fog. His hand tightened around the spacetime again. The seal could teleport him out of even the most powerful of formations.

However, Jiang Chen didn’t intend to leave. He wanted that earth attribute treasure. The powerful giant rock formation and earth pulses were a clear indication that the treasure was nearby. But where exactly was it?

He probed around, but no matter how hard he pushed his consciousness, all he could see was a blanket of crimson mist. After further observation, he was even more certain that they were inside a formation. To locate the treasure, he’d have to crack the scarlet fog first.

Jiang Chen was in a difficult situation. He was confident that he could escape, but deciphering the formation while searching for the treasure was a different situation altogether. It seems like obtaining the treasure isn’t going to be easy. But going home empty handed and also allowing the demon lord to reawaken is going to leave a bitter taste in my mouth. The greatest treasures are typically fraught with danger! It’ll be risky, but I must obtain that treasure. He made up his mind in this instant

The giant stone formation had crushed a number of cultivators, but those happened to be the weakest ones. A majority of the emperor realm cultivators had been sucked into the crimson fog. Fortunately, the mist hadn’t completely separated them. The cultivators began to call and shout for allies. Desperate times called for unity.

The prince snorted coldly. “The Veranda master’s appetite too big for his own good. Does he really think that he can defeat us with this puny red mist?”

Old Zhang sighed. “The fog is everywhere and spans far beyond what the eye can see. I’ve scouted the surrounding area and failed to find the border. This subordinate suspects that we’re trapped in a formation.”

“No need for suspicions. We’re definitely trapped in a formation.” Prince Zhao had a very keen eye. He’d noticed the peculiarity of the red mist with just a glance.

“What can the Veranda master be planning? Isn’t he a Great Scarlet citizen as well? What could he possibly stand do gain by capturing all of us?” Old Zhang was perplexed.

Imperial Prince Zhao flew into a rage. “Who the hell knows? Maybe he covets the throne and the entire region?”

Ambitious lunatics like these were a relatively common sight in the martial dao world. For the sake of their ambitions, they were willing to do things that outsiders might deem crazy or ludicrous. The prince had no doubt that the Veranda master was one of those men.

“Your Highness, what should we do?” another royal subordinate asked.

The prince furrowed his brows. “No need for panic. This crimson fog isn’t lethal. The Veranda master is using it to wear away at our morale. Don’t be frantic and defeat yourself with fear. Remember! As long as we don’t panic, the Veranda master will not be able to catch us by surprise!”

“Mm! Everyone listen to the imperial prince’s orders. Group up into a team of three to five. Those of the same sect should band together and form a defensive line! As long as we remain vigilant, the Veranda master will not be able to break through our lines! We can afford to play the waiting game, but he might not be able to!” Old Zhang yelled loudly.

“Hahahaha…” An eerie laughter suddenly echoed through the air. “Is that Old Zhang? The older you get, the more naive you become.”

Many instantly recognized the owner of the voice.

Old Zhang’s eyebrow twitched when he heard the voice. “Master of the Veranda! We’re all citizens of the Great Scarlet Region! Don’t you feel ashamed for scheming against your countrymen?!”

Jiang Chen shook his head. The old man’s naivety was truly growing as he aged. The Veranda master’s intent was as clear as day. What was the point of sprouting all this idealistic bullshit now?

The Veranda master’s voice seemed to originate from all sides. “Scheming against my countrymen? How could I have succeeded if not for your own greed? Every single one of you is full of it. You wanted to plot against me, but your feeble minds are too simple. You’ve simply fallen into my trap because of your own inadequacy.”

The Veranda master was right. They had both been scheming against one another. Old Zhang was supposed to serve his employer, but he was a royal representative in the end. The Veranda master had been farsighted enough to have ploys within his schemes so that he could trap the entire group.

He’d feigned a cultivation breakthrough and released subtle hints to let everyone know that he here to unearth a priceless treasure. The crowd had been so consumed by greed that it was already too late when they realized that it was all a trap.

The imperial prince snorted coldly. “Cui! You’re a well-respected figure in Great Scarlet! When has the royal family ever mistreated you? If it weren’t for our support, do you really think that the Resplendent Emerald Veranda could become as prosperous and influential as it is today? Instead of being thankful, how dare you bite the hands that feed you? Have you no shame?!”

“Shame?” The Veranda master burst into laughter. “Why should I? Did the Yan emperor feel shame when he forced my younger sister sister to warm his bed? Was he ashamed after sleeping with both my sister and my daughter? Did he feel shame for summoning me to the palace for drinks after doing all that? Imperial Prince Shao, does your family really think they’re superior beings and are born to reign over others?!” He grew increasingly furious as he spoke.

The prince’s face darkened. “Cui! My royal brother is the emperor of the Great Scarlet! His right to rule was given to him by the gods! You’ve sacrificed a lot to royalty, but you’ve received your current wealth and status in return! You’re much too foolish if this is the sole reason behind your betrayal. There’s no guarantee that you'll succeed, and even if you do, you’ll become a public enemy in the region afterwards. Do you think you can live a good life even after succeeding?”

The Veranda master snorted coldly. “So what? The Great Scarlet has plenty of public enemies. A genius from the backwater Myriad Domain threw the entire region into chaos years ago. He killed o many fourth rank sect heads and gifted their heads to the palace, but was any retribution forthcoming? You’ve not harmed even a single hair on his body after so many years! Imperial Prince Zhao, the Great Scarlet has long been ruined by the Yan clan. It’s time to your family to give up the limelight!”

His voice was filled with boiling rage and didn’t even contain an ounce of respect for royalty.

The crowd stood with their mouths agape, except for Prince Zhao. The Veranda master wasn’t just plotting against the present crowd. His goal was to topple the monarchy and gain control of the entire Great Scarlet Mid Region! His appetite was clearly insatiable!

Could he really topple the Yan clan that had governed the Great Scarlet for over ten thousand years? Prince Zhao flew into a rage. These blasphemous words were hated by all royalty.

“Cui! Your ambition is bigger than I could’ve ever thought! Why don’t you take a piss and take a look at yourself first? Do you really think that you can overthrow the Yan monarchy by your own meager self?!”

The Veranda master answered coldly. “The Great Scarlet is already as good as mine. Unfortunately, you won’t be here to see it.”

Prince Zhao snorted coldly. “How conceited! I sure look forward to seeing how much weight is behind your nonsense!” 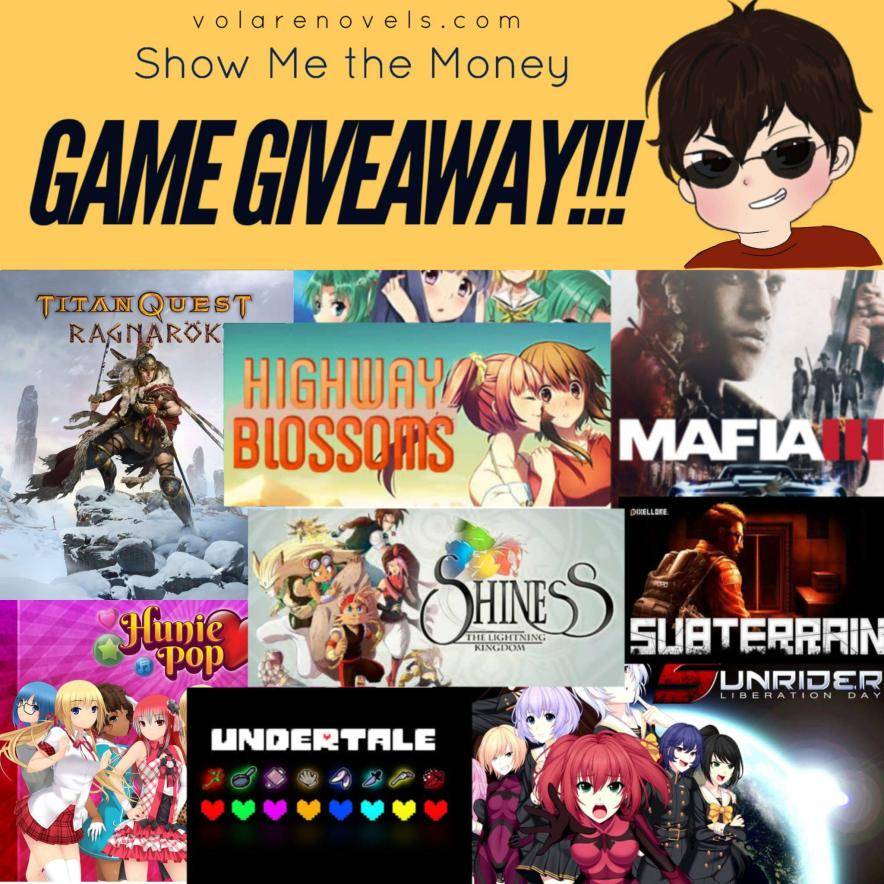 This chapter is brought to us by Maous1~ In the queue is yopandaexpress and Needtoreadmore! All Half Step Empyrean sponsors were grandfathered into the chapter request perk as of last night as the perk was removed. I'll be adding more chapters to the Great Emperor and Half Step Empyrean tiers!

Btw, a game giveaway is happening in case anyone wants.