Veluriyam Capital was a haven for wandering cultivators. The weather was nice and the environment not as harsh as Pillfire City’s. It was one of the most tolerant nations towards foreigners in the Upper Eight Regions as well. Take the Geng brothers, Geng Qianchi and Geng Qianzhang for example. After they escorted Mu Gaoqi back to Veluriyam Capital, they discovered that the longer they stayed, the more they fell in love with the city. Since Emperor Peerless himself was planning to stay in Veluriyam Capital, the Geng brothers decided that they would remain as well.

Since they used to operate in the northern area of the Upper Eight Regions, the unique culture of the south was also of great interest to them. Most importantly, Sacred Peafowl Mountain and Taiyuan Tower possessed a lot of cultivation resources. Being friends with Emperor Peerless and Jiang Chen, they didn’t need to worry about of resources at all.

When Emperor Peerless and the Geng brothers heard that Jiang Chen wanted to visit Great Scarlet Mid Region, they all expressed their intentions to accompany him. He was aware that they meant well, but a bigger group would only be detrimental to his journey this time.

After all, everyone knew about Emperor Peerless now. He attracted attention like a magnet wherever he went. Moreover, at this point, everyone in the entire Upper Eight Regions knew that the so-called Pill King Shao Yuan was in fact the young lord of Sacred Peafowl Mountain, Pill King Zhen himself. Therefore, anyone could arrive at the assumption that Pill King Zhen was nearby if Emperor Peerless were to show his face. Jiang Chen could hardly cover his tracks this way.

He most certainly had the Han brothers of the Great Yu Skysword Sect to thank for his dilemma. In order to get word out that Pill King Zhen had become their guest pill king, they spared no effort in promoting the fact that Sir Shao, the pill king who had become famous in the west and the north region not long ago, was none other than Pill King Zhen himself. As a result, Pill King Zhen became the center of attention in the Upper Eight Regions once more.

Admittedly, the Han brothers’ motives were kind, but that wasn’t to say that their efforts were completely selfless. The good was that Jiang Chen’s fame had reached even farther corners of the world. His legendary stories were now sung not just in Veluriyam Capital, but the entire human domain.

It was exactly because “Pill King Zhen” was famous that Jiang Chen was forced to watch his every move. After all, there was no telling how many pairs of eyes in the entire human domain were fixed on him behind his back now.

This wasn’t the first time Jiang Chen had visited Great Scarlet Mid Region, but his anger hadn’t diminished with the passage of time at all. Although the Eternal Celestial Capital was the mastermind behind the destruction of Myriad Domain, Great Scarlet Mid Region was the main force who did the dirty work. Even if they were just a tool that was manipulated by the Eternal Celestial Capital, it didn’t change the fact that they were one of the main culprits. This was without mentioning that the bounty for his head, that had in fact, increased several times over.

Moreover, that was the first time Jiang Chen realized that the temptress had another side to her facade. No matter how bad she was in the past, Jiang Chen believed that she was worth saving after everything she had done for Myriad Domain.

The headquarters of the Resplendent Emerald Veranda was located in the most illustrious district of Great Scarlet Capital. This was also where Jiang Chen happened to be at the moment. When he looked in the distance, he was surprised to find that the entrance of the headquarters was surprisingly crowded. People thronged outside the wide entrance.

“Hmm? What’s going on?” Jiang Chen was a little astonished by this. To his knowledge, the Resplendent Emerald Veranda was a great faction that specifically traded in all sorts of precious and rare treasures. This faction had an almost perfect monopoly over the high-end market of the entire Great Scarlet Mid Region.

Since it specialized in high-end trade, it was hardly a place that could be afforded by most wandering cultivators. This meant that a festive scene and bustling crowd would never appear in any store belonging to them.

“Are they hosting an event or something?” Jiang Chen approached the crowd with doubts in his mind.

“The ranking list is about to be announced. I can’t wait! Four of the protectors chosen by the Veranda master were wandering cultivators, you know.”

“Hehe, they don’t exactly have a choice in this matter, do they? They can’t hire anyone from the great sects, and the senior executives of fourth rank sects suffered heavy losses when they were pursuing Jiang Chen. Right now, Great Scarlet Mid Region is in dire need of talent.”

“That’s true. If it wasn’t for that disaster, a wandering cultivator would never have been able to become a protector.”

“Haah, if only I could be as rich as the Veranda master! The Resplendent Emerald Veranda is quite possibly the only one who can afford twelve protectors at once. A normal faction would be hard pressed to hire one or two protectors, much less twelve.”

Jiang Chen couldn’t figure out what was going on despite eavesdropping on the crowd for a moment. Left with no choice, he asked, “Excuse me, friend, but may I ask why the Veranda master had hired so many protectors? Is the Resplendent Emerald Veranda planning to do something big?”

“Hah, you’re obviously not from around here!” The guy receiving the question answered proudly, spewing spittle everywhere. “The Veranda master is planning to break through to sixth level emperor realm, so he wishes to hire a group of protectors to protect him while he makes the attempt. This has been the hottest news in Great Scarlet Mid Region for the past few months.”

Great Scarlet Mid Region wasn’t completely lacking in high level emperor realm cultivators. At the very least, the royal family and the third rank sects possessed experts at this level. However, the Veranda master either couldn’t afford to hire such experts, or the other parties thought the task to be utterly beneath them.

The Veranda master might be rich and powerful, but there would always be people who couldn’t be moved with just wealth and power. After all, there was always someone even richer and more powerful in Great Scarlet Mid Region. That was why the Veranda master had no choice but to set up a public tryout to choose his protectors.

This was where the Veranda master differed from a sect expert. If a sect expert was about to achieve a breakthrough, his sect mates would naturally act as his protectors. While Jiang Chen was listening for more information, a commotion suddenly broke out at the front.

“It’s coming out, the ranking list is about to come out!”

“But of course, a first or second level emperor realm cultivator is a little too weak compared to the Veranda master.”

Jiang Chen was pleasantly surprised to hear this. The Veranda master hadn’t made his breakthrough to seventh level emperor realm just yet. As the cultivation cauldron, Wei Xing’er must still be safe for now. This meant that he hadn’t come in vain.

Truthfully, the one thing that worried Jiang Chen the most was that the Veranda master had already sacrificed Wei Xing’er and made his breakthrough before his arrival. If that was the case, then even he couldn’t turn back time and save her.

“Please be quiet, everyone. The final list of the protectors has been decided after the Veranda master has gone through the names multiple times. The list will be announced right away…”

The ranking list was hung high, revealing many prominent names in Great Scarlet Mid Region to everyone.

“Hasn’t Ole Zhang disappeared from public view for several hundred years? Did he seriously come out just to act as the Veranda master’s cultivation protector? Just how persuasive is this Veranda master?” A series of shocked exclamations broke out from the crowd.

“Look, Elder Gao is in the list as well. Elder Gao is a third rank sect elder and supposedly a mid level emperor realm cultivator. I can’t believe that the Veranda master is able to hire a sect elder!”

Almost all of the names were unknown to Jiang Chen. However, he knew that none of these protectors were small fry. They were all obstacles who would stand in the way of his attempt to save Wei Xing’er.

“It seems that this Veranda master has offended a lot of people and made a lot of enemies. If not, this level of protection is quite unnecessary.” 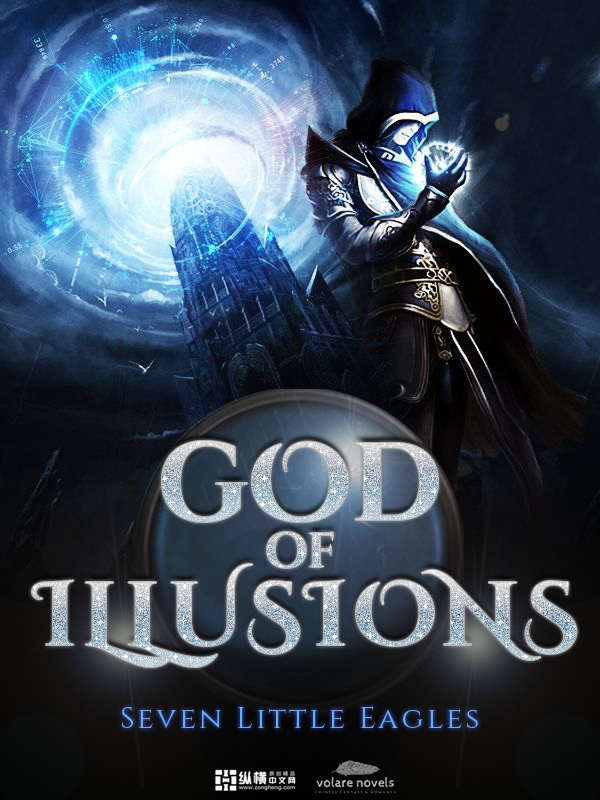 Shout out to InVader, translator of Talisman Emperor, for reaching a chapter milestone with his other novel: God of Illusions. Woot for puppet fighting illusion masters!