Chapter 1000: A Comparison of Geniuses

His consciousness locked onto the eighth obelisk, Jiang Chen went over all knowledge of the vermilion bird image that the obelisk was imparting. The image underwent a myriad of transformations. It was sometimes a mere mirage or a chaotic fog, sometimes a fiery ocean that immolated all. Its wings were outstretched, ready to receive the energy of the heavens and earth at any moment. Any movement of its blazing eyes were as radiant as the celestial heavens.

Jiang Chen carefully took in the various changes of the image, slowly refining the spark of Prehistory Flame within his body. He would first have to refine the essence of this flame and manipulate it at will before he could use it to coalesce the vermilion bird image. The vermilion bird was a divine beast born of flames and its very fate was tired to fire. Therefore, the core to grasping the image was one’s control over the element of fire.

“It’s a pity that I don’t have the vermilion bird bloodline within me. Even if I use the essence of Prehistory Flame to simulate the vermilion bird image, it still won’t compare to an image refined from vermilion bird blood.” Jiang Chen was well aware that since the image in the obelisk didn’t contain the divine beast’s bloodline, there would be certain flaws in it. To put it plainly, it was an image without substance. However, even though the vermilion bird image wouldn’t have the power it would backed by the divine beast’s bloodline and would still pack a punch. Jiang Chen sat quietly beneath the eighth obelisk. It was almost as if he had become one with it. He rather enjoyed this feeling, and time slowly passed by.

Beneath the seventh, Li Jiancheng had pulled out all stops but was still one step short of fully comprehending it. He was regretfully out of the running, and his elimination caused a great furor within and outside of the Pagoda. The champion of the Ranking of Young Lords failing at the seventh obelisk wouldn’t have been a big deal before, since the best competitor within the last five millennia had been Emperor Peafowl, who had also failed at the seventh obelisk. The others didn’t even have the right to challenge the seventh obelisk. So logically speaking, this wasn’t an embarrassing occurrence for Li Jiancheng. He was now on par with Emperor Peafowl of yesteryear. If it hadn’t been for the previous results of Jiang Chen and young master Ji, people would actually think that being on the same level as Emperor Peafowl would be a highly honorable matter.

But because of those two, it became rather ironic when Li Jiancheng failed the seventh obelisk. He was the champion of the rankings while young master Ji was ranked 21st. Even Pill King Zhen, with his unsurpassed talents and appointment as the new young lord of Sacred Peafowl Mountain, had only been ranked 8th. All things were leery of comparison. With this kind of comparison, Li Jiancheng came up rather short in the end.

Emperor Shura could no longer sit still on the outskirts of the Pagoda. This wasn’t wholly unexpected, but when he’d heard that young master Ji and young lord Zhen had passed, he’d naturally felt that perhaps the Pagoda’s difficulty was a bit easier this time, or that the geniuses in this gathering were possibly more fortunate that before. Thus, he felt that as the champion of the rankings, Li Jiancheng wouldn’t have much trouble at grasping the seventh obelisk either.

Fantasies were always the most beautiful, and reality was harsh. Li Jiancheng had failed in the final moments, instantly crushing Emperor Shura’s daydreams. Regardless of why his disciple had been eliminated, he’d been eliminated nonetheless.

“Sigh, even Li Jiancheng’s been disqualified. It looks like Sacred Peafowl Mountain has greater fortune after all.”

“Indeed. Comparisons can be scary sometimes. Li Jiancheng is very accomplished, but it’s apparent at crucial moments whose fortune is greater, and whose potential and talents are superior.”

“Right. I’ve always felt that he’s been able to shore up any flaws he’s had in the past, apart from a certain something in his demeanor, and most certainly luck.”

Emperor Shura clearly caught all the low voices of discussion. Everyone present here were the direct followers of the emperors. Apart from Emperor Peafowl having absolute authority, there was some conflict in the other factions. At the heart of it all, it had been Li Jiancheng who hadn’t been up to snuff.

Zhang Moheng was also eliminated as time went on. And so the sixth and seventh ranked geniuses on the ranking had their progress halted by the seventh obelisk, unable to tangibly proceed further. The emperors reacted with heartfelt emotion to this.

“This is the true strength of the Ranking of Young Lords! Us great emperors also halted at the seventh obelisk during our gathering. Although there are more geniuses this time, it’s not as if everyone’s going to be as legendary as a dragon or fierce as a tiger!”

“Definitely. One or two perverse geniuses is one thing, but it wouldn’t be normal if everyone was one. The overall strength of our Veluriyam Capital hasn’t increased, so it doesn’t make sense for all of our geniuses to suddenly become stronger.”

“Hmm. Perhaps some extraordinary geniuses will appear this time, but the overall skill level the gathering will remain the same.”

The crowd had finally calmed down. Some had already hung their heads in dejection when two geniuses broke through obelisks one after another earlier. It would be too insane if this was replicated on a wide scale. Nothing like that had ever happened in the history of the Veluriyam Pagoda, so it wouldn’t be too realistic if it happened now.

“According to my views, young lord Zhen is the one to keep an eye on this time. Don’t you see that he’s already challenging the eighth obelisk? If he succeeds, that’ll be a heroic feat that no one’s managed to achieve for the last ten thousand years!”

“I wouldn’t think anyone else would be able to pull this off. But there’s never been any absolutes when it comes to young lord Zhen. I think highly of him!”

“No shit. I told you a long time ago that Pill King Zhen is absolutely someone who possesses great fortune. I say he has at least a fifty percent chance of passing!”

“Heh heh. Daoist Peafowl certainly plays his cards close to his chest. Young lord Zhen must be a pawn that he strategically placed a long time ago. He’s certainly showing great dominance now!”

Setting aside Jiang Chen’s prior achievements, his actions in challenging the eighth Veluriyam Obelisk this time were enough to spread his name far and wide.”

“There’s also young master Ji who went to the secret realm of battle. Why do I also get the feeling that he’s some mysterious, unfathomable fellow as well? Perhaps we can have some sort of expectations for him too?”

“Ji Ole Third is normally a frivolous dandy, but to think that he would possess such incredible potential and decision-making skills in crucial moments! This is natural talent!”

“Mm. So it seems that personalities can only truly be determined from great happenings. Who would have thought that he’d possess such skills and comprehension ability when looking at him ordinarily?

Young master Ji San was a descendent of a great clan, so his identity brought him more scrutiny now. After all, people would normally pay special attention only to the great emperors’ disciples. What did they care about the great clans? Even if one or two of them made it onto the Ranking of Young Lords, they were just there to accompany the young lords. It was almost impossible for a great clan disciple to claim the limelight on the Ranking. But young master Ji San had completely upended that notion this time.

“What is it this time?” All those under the great emperors, including the emperors themselves, stared intently at the image crystal. After such a long period of eliminations, any hint of information from within the Pagoda would be major news. Those remaining sought to, or were in the process of, creating miracles. Images slowly formed to show that it was news from the eighth obelisk.

“What?!” someone exclaimed. “The eighth obelisk’s been comprehended? And… it’s still young lord Zhen?”

“Incredible, absolutely incredible! The eighth one’s been passed! Are we going to see a miracle this time?”

“Will we finally see a grand occasion at the Veluriyam Pagoda after so many years?!”

“Absolutely, definitely! Young lord Zhen was truly born for these times! The other geniuses have all stopped at the fifth obelisk, but he’s passed the eighth! This is the truest gap!”

“Absolutely. If it had been between the fifth and the sixth obelisk, then the gap wouldn’t be so large; it’d be more due to a matter of execution and luck. But someone able to progress past the eighth obelisk is definitely an unsurpassed genius!”

Of this, no one could doubt. Good luck might come around once or twice, but repeated successes wasn’t down to luck.

“Your Majesty, young lord Zhen has comprehended the eighth obelisk!” The Cloudsoar Monarch was quite moved. Emperor Peafowl was also immensely stunned. Jiang Chen’s progress surprised him. He rather felt as if he were dreaming.

Even the Wildfox Monarch with his high standards was murmuring, “Genius, genius! I have to say, Your Majesty, your vision is something that none of us can match.”

The Chronobalance Monarch was smiling and nodding as well. “I truly like young master Zhen more and more now.”

Even the pickiest Plumscore Monarch looked on with gleaming eyes, obviously stunned by Jiang Chen’s performance as well. 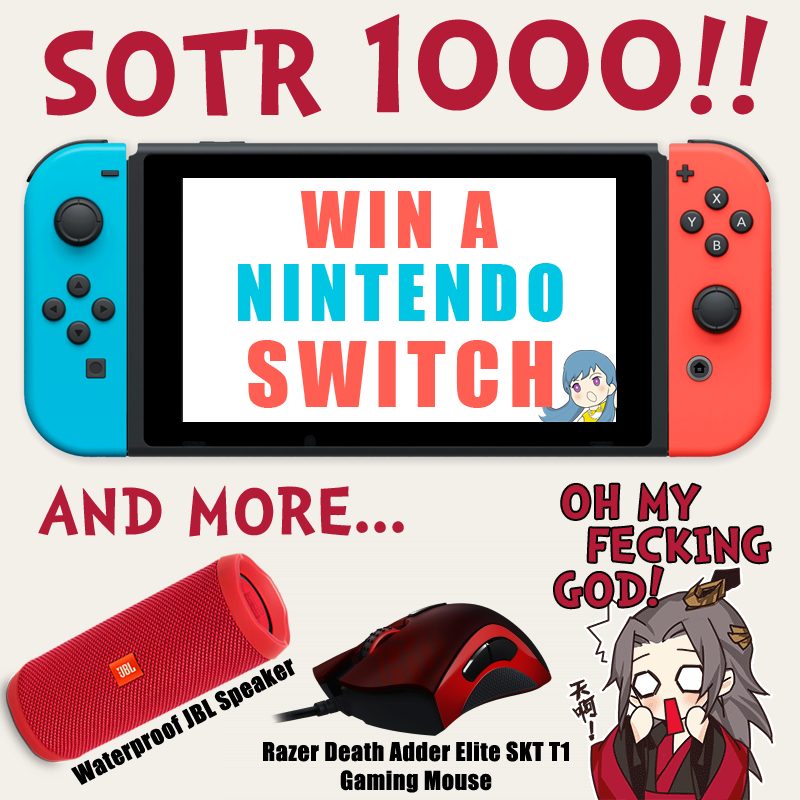