The young woman was completely stumped by the direction this conversation had suddenly taken. Han Li hadn't agreed to join their Gu Family, yet he still wanted to obtain their most valuable true spirit bloodline refinement technique, rendering her completely speechless.

Her expression changed several times before she finally managed to force a smile onto her face, and she replied, "I'm afraid I won't be able to agree to that, Senior Han. The bloodline techniques of our Gu Family can't be passed on to outsiders, not even in exchange for treasures or cultivation arts. Of course, that all changes if you accept my initial offer."

Han Li wasn't surprised nor offended by her refusal, and he said in a calm manner, "In that case, our discussion can end here. I won't be joining the Gu Family, nor any other powers. It looks like both of you will have to return empty-handed."

The young woman could only heave a faint sigh before falling silent, and Qi Xubing's brows were also tightly furrowed as he sat in silence.

After that, the three of them discussed some cultivation experiences, and the awkward atmosphere was gradually alleviated.

Several hours later, the two of them decided to take their leave. Han Li naturally asked them to stay out of politeness, but the two insisted on departing, so he could only accompany them out of his cave abode.

Not long after that, two streaks of light emerged from the sea of mist before receding as the elderly man and young woman reappeared.

"Looks like we've both made fruitless trips, Senior Qi. I'll be going straight back to the Gu Family; will you also be returning to Deep Heaven City?" the young woman asked with a smile.

"I won't be returning to Deep Heaven City for now. I heard that there's also a new Body Integration cultivator in the Xuan Wu Region. Apparently, he's already accepted the Tyrant Sovereign's invitation, but I still want to pay him a visit just in case," the elderly man replied after a brief pause.

"In that case, I'll be taking my leave." The young woman nodded before extending a slight curtsey. Spiritual light then flashed from her body, and she flew away as a streak of silver light.

In the blink of an eye, the silver light had vanished into the distance.

The elderly man remained on the spot and looked in the direction that the young woman had disappeared in for a long while before finally heaving a faint sigh. He raised a hand to summon a green flying canoe, then flew onto it before making a hand seal, upon which the canoe flew away as a ball of green light.

Thus, the area was suddenly empty and quiet again. However, around an hour later, the silver streak of light suddenly reappeared before stopping once again at the edge of the sea of mist.

The light receded, and the young woman was revealed. She wore a calm expression and said something into the sea of mist, following which a path was opened up before her once more.

She immediately flew into the sea of mist, and the path was gradually closed.

Around four hours later, the path reappeared in the sea of the mist, and the silver streak of light flew away again.

Meanwhile, Han Li was seated in the hall of his cave abode, holding a silver jade badge in his hand. He was stroking the badge with his finger absentmindedly with a contemplative look on his face.

The beast had the body of a horse that was covered with crimson scales, and one of its heads was that of a unicorn. As for the other two heads, they consisted of a black tiger head and a blue lion head.

This was the appearance of the legendary true spirit Lihou.

It was said that this beast was only around the middle of the pack among true spirits, but its three heads controlled powers of three different attributes, and each of them possessed an incredibly powerful ability.

These abilities were not just extremely effective in battle, but also had miraculous effects in other areas.

This jade badge had been given to him by Fairy Xiao Feng during her second visit, and the true spirit bloodline that the Gu Family had inherited was none other than that of the Lihou.

Han Li had also been rather surprised by the young woman's return, and he was currently thinking back to what she had told him upon her arrival.

As soon as she entered the hall, she had tossed him that jade badge and offered him a deal that was very difficult for him to turn down.

Han Li was quite tempted by this offer as it meant that he would only have to help the Gu Family once, rather than be bound to them for 10,000 years.

There was a bloodline refinement method enclosed with his 12 Awakening Transformations, but that was a technique designed for Flying Spirit beings, after all, so there were parts that weren't ideal for humans.

Prior to reaching the Body Integration Stage, he hadn't detected that anything was amiss, but during the past year where he had been consolidating his cultivation base, he finally discovered by chance that there were many mysterious residual components of the true spirit bloods he had refined inside his body. He had thought that the true spirit bloods had been completely refined, but these residual components were hidden extremely discreetly within his body, and he had been quite alarmed by this.

He immediately examined the situation in greater detail, and he discovered that there wouldn't be any issues for now as he could use his own magic power to restrict these residual true blood components. However, if he were to continue absorbing other true spirit bloods in the future, then major unforeseen issues could arise.

He would either suffer backlash from this true blood residue or be unable to use his 12 Awakening Transformations in the future.

As such, while he had been consolidating his cultivation base, he had also been pondering a solution to this, which was why he had been so interested in the true spirit bloodline refinement method that Fairy Xiao Feng had mentioned.

Even though the refinement techniques from these families wouldn't be able to help him completely refine the true blood residue, they would definitely be quite useful for him to reference.

However, it was just as he had stated before; he wasn't going to be bound to the Gu Family for 10,000 years just for something like this.

Hence, after hearing that all he had to do was spar with some cultivators from other true spirit families and secure some benefits for the Gu Family, he decided to accept this deal. Fairy Xiao Feng was naturally elated by this, and as for that jade badge, it would act as temporary proof that he was an elder of the Gu Family.

He reviewed the exchange several times, and after ascertaining that there seemed to be nothing amiss, he set aside the matter for now and returned to his secret chamber to continue consolidating his cultivation base.

Several more major powers came to visit him during this time, including even a messenger sent by the Heavenly Yuan Holy Sovereign, but Han Li had already made up his mind and politely refused all of their invitations.

Thus, several years passed by in the blink of an eye, and one day, three years later, Han Li emerged from his secret chamber before departing from his cave abode as a streak of azure light.

During this short period of seclusion, he had already completely mastered his own physical body and magic power, so it was naturally time for him to do some of the things that he had wanted to do.

His first destination was naturally Deep Heaven City, which was the closest to him.

He had a smooth journey, and after two months, he appeared in the air above the city walls of Deep Heaven City, then paused momentarily before flying toward a certain direction.

There was a rather renowned place in Deep Heaven City that offered temporary lodging for cultivators from outside the city. It consisted of a large cluster of pavilions that was situated between two massive stone towers.

Some of the cultivators with lower cultivation bases or were short on money had to share one pavilion between several or even over 10 people, while the more powerful and wealthy cultivators could have a pavilion to themselves.

One of the pavilions had been rented by a group of four Deity Transformation cultivators.

It was said that these four Deity Transformation cultivators were quite powerful, and they had lived here for over 100 years. On top of that, they had ventured into the primordial world on several occasions and returned with their lives, so they were rather renowned in Deep Heaven City.

However, during these past few years, these four had only left their pavilion very rarely, and spent most of their time in seclusion.

According to some of their neighbors, the four of them had ventured deep into the primordial world several years ago and encountered a perilous situation that had resulted in all of them sustaining rather severe injuries, which was why they had remained in seclusion all this time.

However, this was a very common occurrence in Deep Heaven City. It only served to make people even more aware of just how dangerous the primordial world was, and it soon became a forgotten matter.

However, on this day, the two men and two women who were cultivating in seclusion in the pavilion suddenly all heard a voice.

"Fellow Daoists, it's me, Han Li; would I be able to pay you a visit?"

The voice was able to completely disregard the layers of restrictions they had set up around the pavilion and was clearly audible to them.

The four of them were naturally quite startled by this, and a person immediately sprang into their mind, upon which their expressions changed drastically. All of them hurriedly rose to their feet before rushing down to the first floor of the pavilion.

The scholarly man who was the leader of the group had already completely recovered his lost arm, and upon appearing on the first floor, he immediately flung the doors of the pavilion open, revealing an azure-robed young man outside.

"We pay our respects to Senior Han! Forgive us for not coming out to greet you earlier; we were unaware that you were going to grace us with a visit!" A look of surprise and elation appeared on the scholarly man's face as he hurriedly extended a deep bow before inviting Han Li into the room.

Han Li nodded in response before walking into the pavilion.

At this point, the other three cultivators had also appeared on the first floor, and all of them also extended respectful bows at the sight of Han Li.

"No need for formalities; we're already old acquaintances," Han Li said as he waved a hand before calmly taking a seat, while the four cultivators stood respectfully before him. 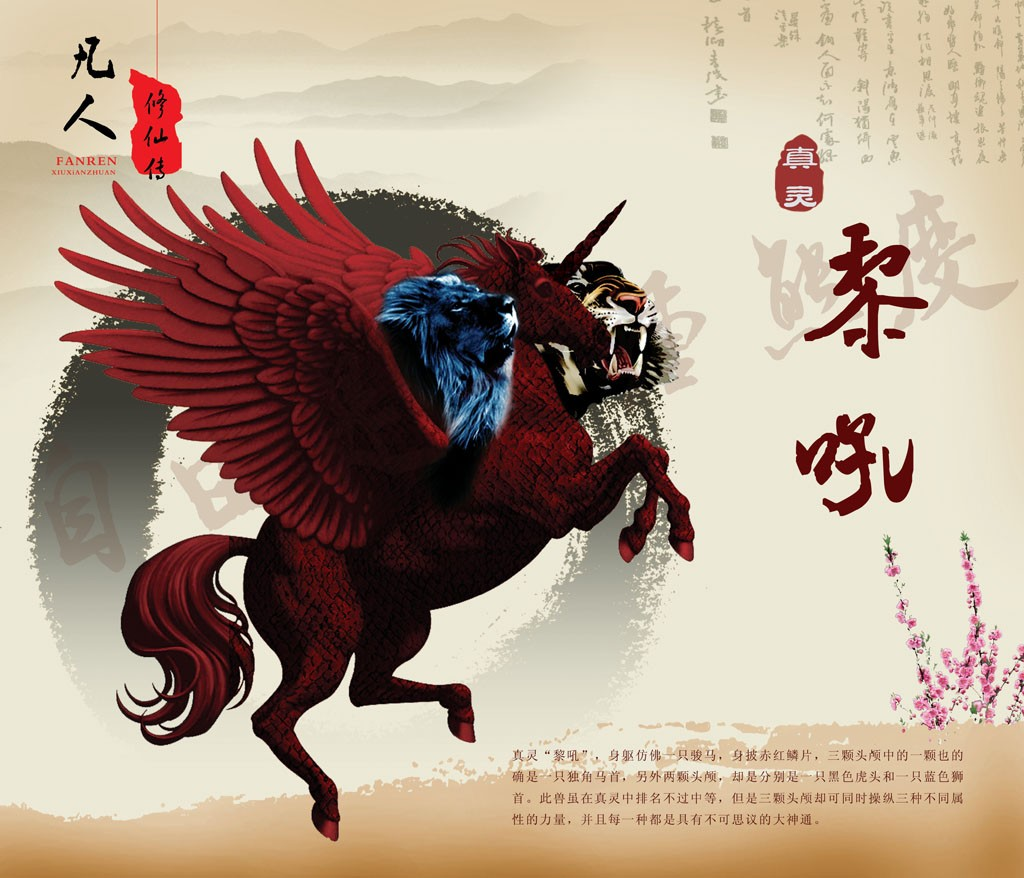 In case you hadn't noticed already, we now have three extra subscription tiers going up to 80 advance chapters! And of course we also have the original, recently improved tiers too.

Consider taking a look if you'd like to read ahead, and thank you for your...