Pushing a species into extinction was never part of Lu Yun’s plan; he always left them with a bit of hope. He’d shown mercy even to the connate demon gods that Fuxi had so deeply hated, refraining from eradicating them completely.

The three dao palaces had fully surrounded Witherdew Major. Though Lu Yun and the others had modified the structures, they were still designs from the creatures of chaos at the heart of things. Perhaps items of the realm wouldn’t be able to fully exterminate these akasha ghosts, but the treasures of the chaos could deliver devastating blows to them and ensure their eradication.

Most importantly, three magnificent treasures flickered into existence in the sky over Witherdew Major—a tower, a bell, and a cauldron.

The three great weapons of the primitive great dao!

“Will the Flame Emperor really show me mercy?” The origin divine didn’t quite believe these words and stared fixedly at the little fox with its eight drawn-on eyes.

“He will,” she responded resolutely. “The Flame Emperor’s magnanimity isn’t something that you can comprehend. Surrender now and he will see that you return to life.”

“Traitor!!” As the origin divine and other akasha ghosts wavered, a furious bellow roared out of the Witherdew court. An enormous shadow charged out of it, turning the bright day of Witherdew Major into night.

It was an enormous akasha ghost so titanic that it dwarfed the entire major. In contrast to the other akasha ghosts, its face was dark and its features bright red, though they also appeared to be drawn on.

Strange footprints suddenly dotted the ground, as if countless barefoot children were running over it. Those were the akasha souls, nurtured out of the enormous akasha ghost’s body. They were the souls of the living beings that the ghost had devoured—the more it ate, the more souls would be present in their body.

Pairs of footprints covered the major, the only sign that these akasha souls existed. They weren’t really standing on the ground, but left these marks all the same.

The origin divine shrieked with madness and streaked into a white shadow that sought to escape from the region, but a black one smashed it right back.

Despair permeated Witherdew Major—the akasha ghosts had given up hope. The moment the black akasha ghost appeared was the moment that spelled their end.

“Since you dare betray the sacred race, you can all die!” Snarling, the black akasha ghost summoned bizarre mouths in the air that swooped down on the crowd before it. These mouths opened directly in the void, as if they were mouths of space. Immortals from the Dao Academy were caught up in their path as well.

“Hah!” The little fox shouted angrily and sent the drifting Scroll of Shepherding Immortals forward as a long white chain that churned into the sky. She called upon the maximum strength of her cultivation level—empyrean realm!

Hers was an empyrean realm beneath the immortal dao, but though the little fox was at this level, she was an anomaly in that she hadn’t become a great emperor with her realm. Upon releasing her full strength, the scroll exploded with power that wrapped around all of Witherdew Major, clashing forcefully with the black akasha ghost.

At the same time, the three weapons of the primitive great dao hidden in the upper Witherdew firmament revealed themselves, cutting down upon the ghosts with piercingly cold light. The true masters of the Purple, Green, and Crimson Firmaments finally stepped into public view. They were humans, neither yin gods, dead spirits, or connate demon gods. They were living humans.

“They’re pieces that Xuanyuan secretly put into place!” The little fox suddenly realized that the light glistening from the pagoda, bell, and cauldron was the sword light of the Xuanyuan Sword!

Up in the sky, the shadow of an enormous sword took shape and slashed down on the akasha ghost.

“Ghost ancestor!” came a girl’s cry. Dressed in flowing white robes, Xuanyuan Xiaoyue broke through the black akasha ghost’s blockade and entered Witherdew Major like a ghost herself. The shadow of the enormous sword transformed into a real sword while the pagoda, bell, and cauldron landed in her hands.

“The eldest princess of the human race!” shrieked the black akasha ghost—the ghost ancestor—when it saw Xuanyuan Xiaoyue. “…a realm monster?! How are you possibly a realm monster?!”

The ghost ancestor was the progenitor of all ghosts. Whether it be akasha ghosts or vicious and immortal ghosts within the world, all were a result of the ghost ancestor’s power in the immortal dao.

In the original chaos, living beings could turn into yin souls, yin spirits, or others upon their death, but the only thing they couldn’t turn into was a ghost. With the appearance of the ghost ancestor and its impact on the heavenly dao, it forcefully created the dao of ghosts within the world.

From then on, if something died with malice or resentment in their heart or if they absorbed yin energy, they would be impacted by the ghost dao and turn into various ghosts upon their death, possibly even akasha ghosts.

“Didn’t experts of the sacred race personally see to the extinction of the realm monsters?! How are you possibly a realm monster??” The ghost ancestor’s expression twisted from both laughing and crying into one of intense fear.

From its shock, the little fox and other experts of the Primeval Era realized something that shocked them as well. The chaos creatures had been the ones to destroy their ancient enemy, the realm monsters!

Wielding the Xuanyuan Sword, Xuanyuan Xiaoyue stood side by side with the little fox.

Both beauties that would topple nations, their stunning grace, astounding talent, and mesmerizing bearing imprinted themselves into the minds of all beings in the world of immortals. The immortals had raised up Mo Yi and Qing Yu as the goddesses of their heart before, but now there were two more.

Dean Tushan of the monster spirit dao in the Dao Academy, and Xuanyuan Xiaoyue, daughter of Emperor Xuanyuan and the eldest princess of the human race!

The two holy girls faced down the terrifying ghost ancestor in tandem, who was slowly recovering from its horrified shock.

It’d once tried using its ghost dao to influence dead worlds, but those worlds had turned into realm monsters instead and almost killed the ghost ancestor. It was only with the help of the chaos creatures that it slowly recovered from the turnaround.

After that, it became the vanguard of the chaos creatures in destroying worlds of the realms. An untold number of worlds fell to the ghost ancestor and akasha ghosts under its command. However, the realm monsters that dead worlds turned into were still the bane of its existence.

The ghost ancestor grew ever stronger after the realm monsters were eradicated, and it created stronger akasha ghosts than before. They were now their own race—the akasha ghost race. 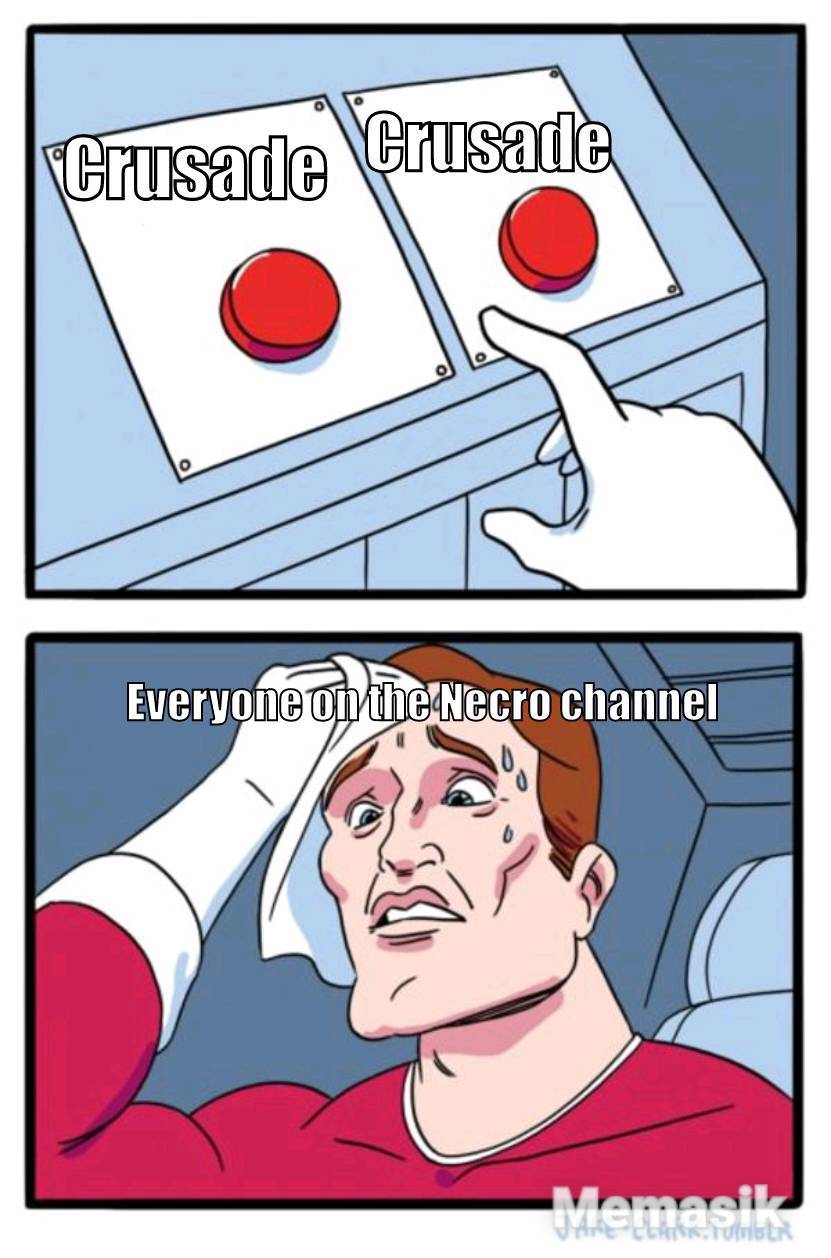 From Krishthefishy on Discord. (beat you guys this time huehuehue)