Scarlet yin spirits were far more powerful than the regular black spirits that were frequently seen from the tomb’s previous outbreaks, catching many dao immortals off guard. Azure Province fell into chaos once again, and even the sky turned a bloody red. Keeping watch over the cities of the province, the Ingress Path churned furiously, barely rebuffing the tide of yin spirits and preventing the cities from being overrun.

Arriving in cyan robes, a portrait of a stunning woman danced around Art Saint Wayfarer—Yuying! The portrait turned into a streak of white light and whipped through the sky, strangling every scarlet yin spirit it passed through.

“The Ingress Path can’t protect all of the cities,” he said with steel in his voice. Smears of ink splattered around him like a splash-ink painting, transforming into figures that rushed into the fray.

“Art Saint Wayfarer!!” Many of the immortals recognized him. After all, he’d been a household name in the world of immortals only twelve hundred years ago, and the Dusk governor a thousand years ago.

A millennium was but the blink of an eye to immortals.

“You… you’re the one who’s been helping His Majesty!” Expression shifting, Zhao Changkong’s uncle pushed the Ingress Path to its limits and called out, “You’re right, but we can’t just abandon hundreds of millions of citizens!”

Azure Province was very vast. Apart from the immortal cities, there were also other lesser cities and settlements that housed countless living spirits. If they were abandoned, all Nephrite citizens would lose confidence in the heavenly court.

“Fool!” the Art Saint almost choked on his anger. “The Ingress Path connects all of the cities in Azure Province! It’s as simple as having everyone take the path into the immortal cities!”

A crimson yin spirit suddenly broke apart the splashes of ink around Wayfarer and almost cut through his defenses.

Shamefaced, the old imperial uncle quickly descended from the sky and assumed control over the Ingress Path, shuttling immortals and cultivators into the immortal cities. The treasure was able to transcend space; when pushed, it could keep the scarlet spirits at bay for some time.

Wayfarer was here as well, but he headed straight to the ancient tomb rather than meet up with the Art Saint and attempted to seal the crack above the tomb. However, there was a strange power encircling the tomb which seemed to have torn into the world and left behind an indelible wound, rendering all of his efforts futile.

Seeing the chaotic battlefield, Lu Yun brought Qing Han with him back to Azure City. In the sky, azure light intertwined with the white of the Ingress Path, forming an invincible wall.

Still, the city was cast in dark crimson as countless yin spirits had attached themselves to the barrier formed by the formation, gnawing away at its power. What should’ve been an invincible formation continuously quaked and slowly weakened under the pressure.

Lu Yun could see cracks surfacing on the formation when he opened his Spectral Eye. Without the Ingress Path, the formation activated by the Azure Seal would’ve long been destroyed by the scarlet yin spirits.

“This won’t do!” He stood on top of the city with a grave look on his face. “The ancient tomb must be sealed again. Otherwise… Azure Province won’t be the only victim. The neighboring provinces will be hit as well!”

As for the rest of the world… Lu Yun expected the world would take notice once the yin spirits spread further. Crippled origin dao immortals would then work together and eliminate the terrifying enemies.

Therefore, only Azure Province and its nearby neighbors would fall prey to the yin spirits. There were, however, hundreds of millions of people in Azure Province. Add to that its neighbors...

“Do you have a solution?” Qing Han perked up. If Lu Yun mentioned sealing the ancient tomb, then he must have a way of doing that.

“I do!” Lu Yun answered decisively. “I can set up another tomb and re-bury the premises!”

“It’s you two!” shouted a hoarse voice from the city. “You’re the ones who attracted the swarms of yin spirits!!”

The golden immortal official from earlier suddenly appeared and leveled an accusatory finger at Lu Yun and Qing Han.

“What?!” Dao immortals who had retreated back into Azure City turned to look at them as well.

As he spoke, he made a move to take the two down, but another dao immortal stepped in.

“Hold! There’s yin spirits ravaging the land everywhere, Feng Wushen. Are you really going to attack geniuses of the world just because they clashed with a member of the Feng Clan?”

Most void realm cultivators were from powerful factions that would absolutely retaliate if one of their own was injured or offended. Due to current circumstances, it was imperative that the province stick together as a united front.

The golden immortal official and the dao immortal who’d wanted to make a move against Lu Yun just now were both from the Feng Clan. This was the clan that the heavenly court had sent to Azure Province to keep the governor’s influence in check.

“Out of the way!” Feng Wushen growled at the aether dao immortal. “They cannot be forgiven for agitating the tomb and triggering the flood of yin spirits wreaking havoc in the province!”

“You can’t be an irredeemable sinner, since you were willing to come here today… so I’ll let you live.” Lu Yun’s lips curved into a devious smile, his eyes turning pure black. “Now scram!” Two arcane dao immortals emerged from behind him.

“All of you, stop it!” shouted a Nephrite peak arcane dao immortal. “The Ingress Path won’t hold for that much longer against all these vicious spirits! Now isn’t the time to fight amongst ourselves!”

Feng Wushen grunted heavily and tamped down his urge to attack. The golden immortal official had just transmitted to him that the two void realm cultivators were very likely Lu Yun and Qing Han.

When the Azure governor asked Lu Yun who he was, Lu Yun had answered through transmission. Thus, his response remained unknown to others. However, that’d been sufficient to raise the Feng golden immortal’s suspicions.

Feng Wushen kept the newly shared speculations to himself. If anyone else learned who the two youths were, things might not turn out in his favor. It would be best to capture or kill them with no one the wiser. Even with the mysterious arcane dao immortals trailing Lu Yun, he still had a chance of killing the boy in one swift attack.

After all, it was only a matter of time before Azure City fell.

The formation raised by the provincial seal had cracked, and the Ingress Path was the only thing holding it together. Outside the city, the Azure governor, Art Saint Wayfarer, Nephrite emperor’s uncle, and a few other peak arcane dao immortals were madly slaughtering all of the scarlet yin spirits in sight.

“Senior!” Lu Yun shouted to the emperor’s uncle outside the city. “Please escort me to the ancient tomb!”

“Oh?” The emperor’s uncle started and looked at Lu Yun.

“I can seal the crack outside the tomb!” Lu Yun declared with great certainty as black flames circled around him.

“Alright!” With the arrival of even more scarlet yin spirits, even a smaller immortal city had been forced to evacuate its inhabitants. Zhao Changkong’s uncle had no choice but to grasp at the slimmest of hopes.

“I will go with you to protect you,” said an approaching voice from outside the city. It was the arcane dao immortal from the Feng Clan. 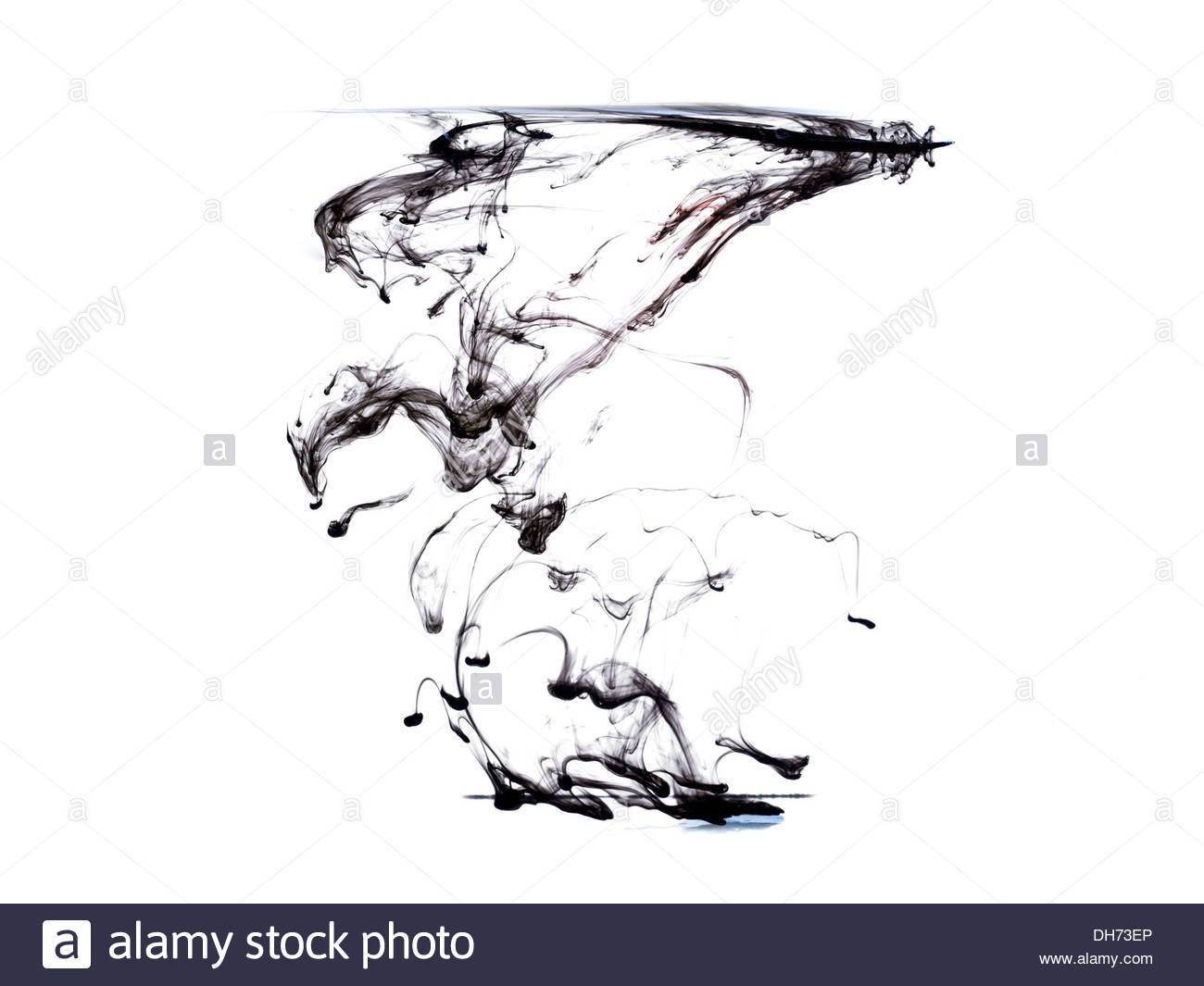 Splash-ink paintings appeared as early as the Tang Dynasty (AD 618-907), and refer to the technique in which the painter first splashes ink onto thin silk or a wall, then goes on to create the painting using different techniques but based on the ink marks.