Lu Yun felt like he was staring down the barrel of a gun, if such things existed in this world. Anyone from the immortal world would be allowed to challenge him?

If it weren’t for Zhao Fengyang adding at the end that only cultivators qualified for the challenge—not immortals—he would’ve already thrown away the provincial seal and made a run for it. Even so, stress bore down on him. How vast was the world of immortals?

There were more geniuses in the world than carp in a river. And given the significance of the ancient lord’s legacy, all of the greatest factions in the world would dispatch their most talented geniuses.

In comparison, Lu Yun’s expertise lay in tomb raiding. He was no fighting maniac, unlike Aoxue, who would’ve been delighted to be pitted against experts from all over the world.

In the following days, the governor never once set foot outside, staying behind closed doors to connect the four envoys’ various experiences with each other. In particular, he avidly went over Aoxue’s battle experience as well as all of her immortal arts and combat skills, making them his own. He could already use said skills to begin with, but merely at a superficial level. For instance, he’d only been able to kill the rimesnake king with the dragon princess’ assistance on landing the final blow.

Undercurrents undulated through the immortal world like the gathering storm. The legacy of the ancient lord was too important for any faction to pass over. Such legacies were usually hidden inside ancient tombs, guarded by layers upon layers of formations and legions of zombies and other monsters. But the one in Dusk Province was simply buried underground and could easily be unearthed as long as one had the provincial seal.

“Foolish! How can imperial father issue such a decree? Is he suffering from a cultivation deviation?”

A jade tea cup hit the ground at a high velocity. Since it was made of abnormally strong material, it merely bounced a few times before rolling to the side, undamaged. Zhao Changkong stalked out of his residence, anger plain on his face.

His father had already abdicated, but the fact hadn’t been made public yet. As of now, Zhao Changkong was merely the heir apparent. To be recognized as the true celestial emperor, he needed Zhao Fengyang to publicly announce his decision.

“Has he lost his mind?!” he furiously screamed into the air.

“There must be a profound reason behind Zhao Fengyang’s actions.” Not far away, Wayfarer held a brush in hand as he slowly drew a landscape in the air with a figure standing among the mountains and rivers, a woman of striking and unparalleled beauty.

He suddenly heaved a sigh and erased the woman with a broad stroke while Zhao Changkong collected himself.

“Perhaps imperial father fears a joint attack on Nephrite Major once he goes into seclusion?” The possibility struck him, but Wayfarer slowly shook his head, then erased the landscape in a few more brush strokes, leaving only a river behind.

“Dusk River,” Zhao Changkong subconsciously vocalized as he observed the river’s surging waters, only for Wayfarer to erase the river as well.

“What do you think of my father's intentions? If the contest for the legacy had been limited to Nephrite Major, then no matter the winner, they would’ve had no choice but to hand it over to the imperial court. But if it ends up in the hands of an outsider, we can say goodbye to all of its gains.” On the verge of ascending to the throne, Zhao Changkong highly valued the legacy of the ancient lord.

“The legacy won’t fall into the hands of a foreigner. It’s sure to stay in Nephrite Major,” Wayfarer replied solemnly. “In fact… heh heh heh, even the governor’s seat is as safe as Mount Tai.”

He gently flicked his brush and sketched a great mountain in the air as he spoke: Mount Tai.

According to legend, it was a mountain where many generations of immortal emperors had once been crowned. It’d disappeared after the great war a hundred thousand years ago, but no one believed that a mountain held in such high esteem by the ancients could so easily be destroyed.

“What do you mean?” Zhao Changkong blinked.

“Lu Yun is more remarkable than you think.” Wayfarer lifted his head and looked toward Dusk Province. “Zhao Fengyang issued this seemingly absurd decree only after he met Lu Yun in person. He means to test the governor,” Wayfarer murmured. “Zhao Fengyang knows I’m here, and he knows about my past. And Lu Yun….”

Some things were better left unsaid.

Yuying had died twelve hundred years ago. In fact, he’d gathered her remains himself and buried her in the ancient tomb outside Dusk City. Yet she had now revived and followed Lu Yun.

Wayfarer had kept this knowledge to himself, because he knew that Lu Yun was the key to his quest to become truly human.

“What’s so special about this Lu Yun?” Zhao Changkong’s sword-like eyebrows creased on his brow. He didn’t have a good impression of the young man—a skirt chaser that did nothing but fritter away his days by stirring up trouble.

“This is likely an evaluation of him.” Wayfarer stayed silent for a long time, then quietly added, “From what I know of Zhao Fengyang, he won’t let others profit from him for no rhyme or reason. He’s testing Lu Yun’s mettle; it’s the only possible explanation.”

Zhao Changkong looked at him, flabbergasted. Was Lu Yun someone worthy of being tested by the celestial emperor? “It seems that imperial father has truly gone mad from a cultivation deviation.” He smiled wryly.

As the reselection drew closer day after day, the once forlorn and forgotten Dusk Province became increasingly lively.

Once a rare sight, immortals could now be spotted on every street corner. Even geniuses known throughout the lands made an appearance now and then. The entire province was astir, and even Lu Yun himself was deeply unsettled.

As a tomb raider used to the world of darkness, discretion was second nature to him. He’d never craved the limelight. Even as governor, he’d limited himself to small quarrels with poor local cultivators, nothing worth mentioning.

But his back was against the wall, this time, and he had to grapple with an incredibly thorny issue. Despite that, he’d had no choice but to accept the challenge. Given the emperor’s temperamental character, he’d certainly smash Lu Yun flat if he refused.

“Revenge is a dish best served cold!” Lu Yun grit his teeth and trained in silence. What he needed most right now wasn’t enhanced cultivation, but fighting skills.

A massive structure had fallen from the sky fifteen kilometers to the south of Dusk City: the Coretrial Arena. Once activated, anyone mounting the arena would find their cultivation restricted to the golden core realm. Not even dao immortals were exempt from this rule.

The arena was a relic that’d been unearthed from an ancient tomb. It wasn’t terribly useful in and of itself, but it was the most fitting treasure for the emperor’s trial. 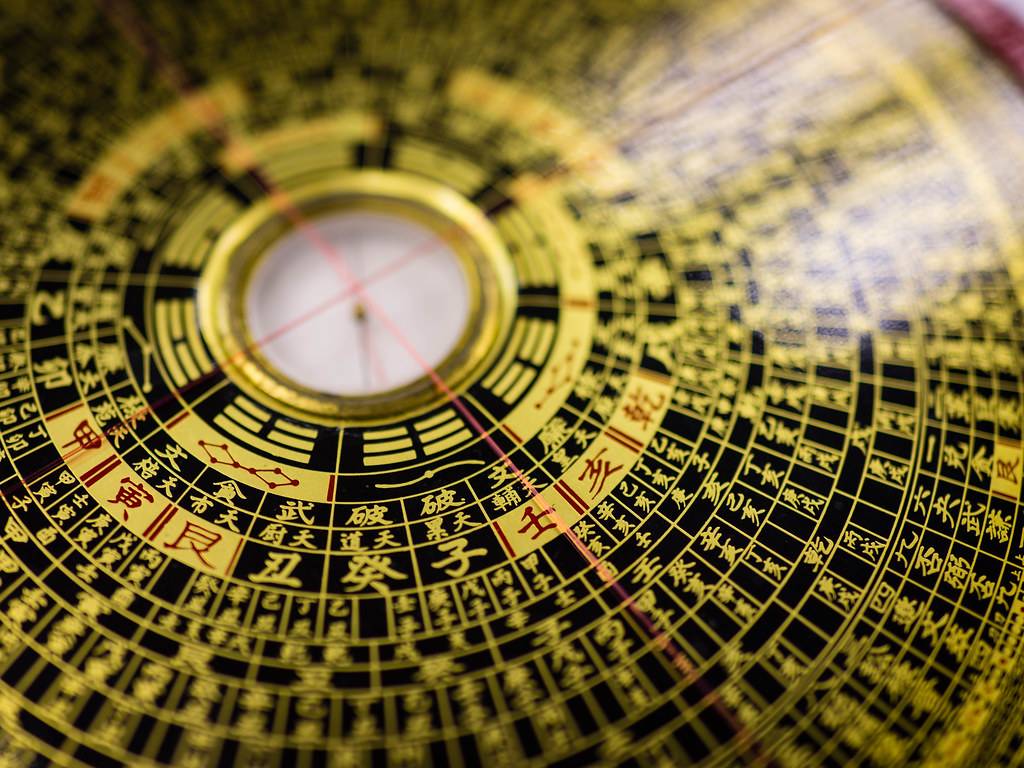 There is... quite a something going on with Eyefarer and the crown prince. Eyefarer seems so much more melancholic in this chapter, and I bet Yuying found out what he really was and broke up with him for it.

Btw folks, yet more feng shui reactions earlier this week led me to write up a longer, more informative article. Check it out if you're interested! The picture is a close up of a luopan, a feng shui compass.