“The immortal dao?” Lu Yun blinked, thinking back to everything he’d encountered in the great wilderness.

Everything that Hongjun, Leize, Fuxi, and the others had done was to pave the way for the immortal dao of the future. Some of them had even made a trip to the future to personally set some plans in motion.

Everything had been for the arrival of the immortal dao.

“But the nine sacred lands have been continuously sabotaging the immortal dao all this time and almost destroyed it entirely at times.” Lu Yun frowned fiercely.

“The current immortal dao is much too fragile compared to what it was in the Age of Myth. It would have trouble supporting an entire realm, much less traverse the chaos.” Wahuang shook her head. “An immortal dao that has never encountered any setbacks will not be able to make it out of the worlds.”

Lu Yun fell silent and didn’t respond to that viewpoint.

“Our hands are tied in many things, you will come to understand that one day. Everything we did in the great wilderness was to the limits of our abilities. Fuxi even sacrificed his life for our efforts.” Enormous grief floated onto Wahuang’s face when she mentioned her brother.

“What?!” Wahuang snapped back to the present with shock and she looked incredulously at Lu Yun.

“The modern day Mount Buzhou… No wonder the sovereign of the three-eyed race would return with the Dragonquake Scripture, and as a real chaos dragon.” Wahuang nodded slightly, her lips curving into a faint smile. She trusted Lu Yun. If he said that her brother was still alive, then he was alive.

“The current immortal dao in the world of immortals… Did your family take it out of this Tomb of Heaven and Earth and send it to the great wilderness?” Lu Yun asked. “And did you move the little dragon there as well?”

“Not us, but Hongjun,” Wahuang responded. “Hongjun was the first to visit this place and he once refined a creation seed. Though he’s not a sovereign, he’s the equivalent of one. He’s the one who brought out the Immortal Myriadtree and the last of the chaos dragon bloodline, and sent them to the great wilderness.”

The root of the immortal dao in the world of immortals was the Immortal Myriadtree. The great dao was a derivation from the second greatest spirit root of the world.

In the great wilderness, the primitive great dao ruled the world. In that age, all daos flourished and vied with each other for supremacy. Every race had their own way of cultivation, and that was when a fledgling immortal dao came into being.

Lu Yun then rose with domineering momentum as the Flame Emperor of the human race, ushering in a glorious human dao that replaced the primitive dao as the true path of the great wilderness. The immortal dao went along with the flow and conveniently took root in the human dao, borrowing its strength to grow stronger.

Lu Yun rubbed his temples—Wahuang was right. There were many things that he had yet to understand, so he gave up on his current line of questioning. He knew the answers that he wished to know, and there were many matters that Wahuang herself didn’t know either. They couldn’t always act according to their own preferences either.

Otherwise, why would this family have needed to risk their lives to enter the great wilderness? If it wasn’t for Lu Yun forcing the Tome of Life and Death to do his will, Fuxi really would’ve been lost to the ether long ago.

Now that Wahuang knew that her brother was still alive, she didn’t want to revisit any of this. In the same vein, Lu Yun didn’t want to keep bringing it up either. But of one thing he was certain, that Inception Palace had known of the three-eyed man long ago and that the man had infiltrated their palace.

“The last of the chaos dragon bloodlines?” Lu Yun suddenly thought of something that Wahuang had mentioned earlier.

“Correct, the little dragon by your side is the last of the chaos dragons. They went extinct long ago. What few of them that remain in Inception Palace aren’t pureblooded dragons,” explained the princess.

“I see.” Lu Yun nodded, then fell silent. Wahuang looked quietly back at him, prolonging the silence. The two of them stared at each other for quite some time.

“Ahem!” The princess suddenly realized that the atmosphere had grown a bit awkward and coughed lightly. “My father and mother were still brainstorming how they might bring you into the palace without arousing suspicion, but today, the issue’s been neatly resolved.

“Almost everyone knows that Inception Palace has a secluded disciple named Lu Yun. And now, I will pass onto you our greatest combat art—the Myriad Inception Fist.

“No one can practice this art aside from the core disciples of the palace. No one will doubt your identity after you deploy this boxing method!”

Wahuang pointed gently at the air and sent a ray of jade-green light into Lu Yun’s mind. A cultivation method unfurled in his heart—the Myriad Inception Fist!

There were three forms to this method: Imprint of Firmament, Void of Sun and Moon, and Image Attending Form! Though there were only three forms, these three alluded to the utmost principles of inception and how three begat all life!

These three forms were also only the rudimentary knowledge of this method. When one fully mastered them, one could deploy them in myriad forms and derive a boundlessly terrifying combat art from them. Such were the truest capabilities of the Myriad Inception Fist.

“Imprint of Firmament as one, Void of Sun and Moon as two, Image Attending Form as three… One move results in all life…” Lu Yun closed his eyes and murmured to himself.

A jade green hue slowly floated out of his body as three Lu Yuns materialized from them, each practicing a different set of boxing methods—the three of the Myriad Inception Fist.

“Is that… the forms of the Myriad Inception Fist!” Surprise and awe rippled through the crowd of Inception disciples. No one else apart from core disciples could practice this combat art!

It wasn’t that regular disciples didn’t have the right to practice it, but that they were unable to on a fundamental level. Who they’d thought was an imposter was able to deploy the greatest of Inception combat arts and project its forms! Collective doubt and swirling suspicion dissipated in this very second.

“He really is a core disciple of our palace.” A smile floated onto Huo Jun’s face. “No wonder he could take two blows from a sixth level mortal realm cultivator and not die.”

Ling Xiu nodded as well, looking at the figure on the altar with great admiration. She didn’t have the ability to practice the Myriad Inception Fist. 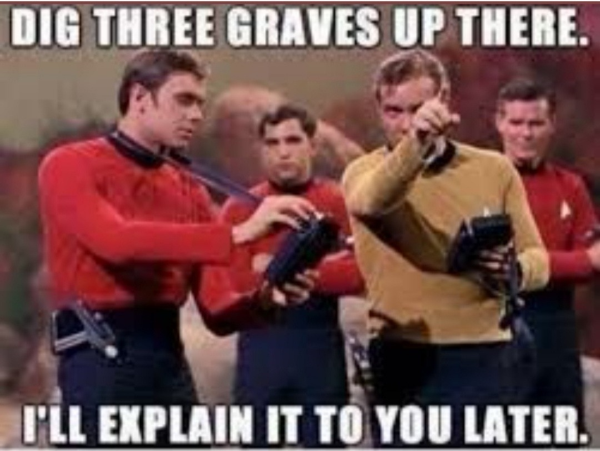