Everyone on this diplomatic voyage was a renowned expert in their craft. On Douluo, many of those who stood at the peak of their craft were also powerful soul masters. This was thanks to the improvements in their physique and spiritual power.

Tang Wulin and his companions took charge of defending a section of the ship. Although they only had four soul rings each, they were students from Shrek Academy, every one of them equipped with a couple pieces of battle armor!

“Captain, when did you hit four rings? And why is your martial soul is so big now?” Xu Lizhi asked as he stuffed buns into Tang Wulin’s mouth.

The difference between Tang Wulin’s present and past bluesilver grass was truly night and day! Each strand was now a thick vine thrashing about like a miniature dragon, seemingly with minds of their own. Their range stretched far and wide, each strand whipping about in a frenzy. WIth his evolved martial soul, he managed to intercept the most attacks out of anyone in his team.

“Cool! It’s super cool!” Xu Lizhi exclaimed. But he was more astonished by the endless pit that was Tang Wulin’s stomach. He couldn’t help but admire his captain more and more with each bun devoured.

Meanwhile, Elder Cai and the Great Beast from the ocean’s depths were locked in a vicious battle.

The most fearsome aspect of ocean soul beasts was their ability to manipulate the ocean to their wills. At the hundred-thousand-year level, they could raise tsunamis with a mere tremble. Thus, it was the top priority of Elder Cai and the other Titled Douluos to restrain the hundred-thousand-year soul beasts first. That way, the ships wouldn’t capsize in the midst of a turbulent ocean.

Fortunately, the members of both delegations were strong. Even the cultured and refined politicians entered their high-grade mechas and joined the fray.

Maneuvering to stay near each other, the two ships unleashed blast after blast of soul cannon shots at the swarming beasts.

Further away, a boom thundered through the sky, a storm of energy raging from the epicenter. The resplendent moon hanging above transformed into a giant blade, severing one of the kraken beast’s tentacles and leaving a spatial tear behind. The giant tentacle fell into the sea with a tremendous splash, sending a large rolling wave toward the ships.

Elder Cai’s figure was enveloped in blinding silver radiance. However, she was in a tough situation, complexion pale and expression grim. She had succeeded in cutting off one of her opponent’s tentacles, but much of her energy was exhausted.

Although Elder Cai didn’t fear Great Beasts at her cultivation level, it was a different story out in the open ocean. Out in her opponent’s home field.

Countless blue specks emerged from the ocean and rose to the sky, fusing with the Great Beast’s body. Its severed tentacle wiggled a bit, before a new one regrew. As slow as its recovery rate was, it was still much faster than Elder Cai’s.

If it were night and a true full moon gazed down from the sky, the amount of moonlight power Elder Cai could draw would not be limited to this. But it was currently daytime. She had no choice but to directly face the Great Beast in such a way.

“Hand over the murderer!” the Great Beast shouted, pausing in its attacks. Although it had the upper hand for now, there was no guarantee it could maintain its advantageous position. Against an opponent of Elder Cai’s caliber, mutual destruction was certain if she suddenly decided to go all out and disregard her own safety.

“Hand over the murderer and we will let you go. Otherwise, we will slaughter you people indiscriminately.” The giant kraken had eight eyes on its head, and each one shone with a fierce light.

Elder Cai snorted. “You think you can win? With how small the soul beast population is now, you want to reduce that number further? Do you think humanity has no way of conquering the ocean? I don’t know who killed your clansmen, but you’re not of the same race as me. No matter what, I will protect my own people. You wanna slaughter us? Go ahead and try.”

“The murderer is here. What are you going to do now?” said someone.

Elder Cai raised a brow and her battle armor shone for a moment. To her shock, she couldn’t tell where the voice had come from. Even if she had been focusing on her battle with the Great Beast, the fact that the speaker evaded her detection proved their strength.

In a flash, another figure appeared beside Elder Cai in spotless chef’s attire. He looked like no more than an ordinary chef, arms held behind his back. But the dark-gold aura bursting from his body betrayed his strength. Soul rings appeared around him one by one. Five black and four red, a total of nine. His aura of might weighed down upon the ocean. Without a doubt, it was Mu Ye who appeared.

Elder Cai’s eyes narrowed slightly at the sight of the newcomer. She didn’t recognize him but was certain that he had come from the ship.

“It’s you!” The Great Beast’s eyes went wide. A glare quickly replaced the shocked expression,  blue beams shooting from all eight of its eyes. The target, Mu Ye.

Mu Ye turned to Elder Cai with a faint smile on his face. “Leave this to me.” He stepped forward in mid-air to face the eight incoming beams of blue light. He didn’t bother taking any evasive action and simply threw out a punch.

Dark gold light enveloped his fist as it struck out to meet the beams. Space warped upon collision. A blink, and the beams vanished. Mu Ye stood there untouched.

With a whistle, dark-gold battle armor materialized over Mu Ye’s entire body. His power soared to another level. Dark gold wings sprouted from his back and a golden ring of light formed, rising parallel to his body. In the blink of an eye, he transformed into a colossus hundreds of meters tall. He looked as if he could prop up the heavens and press down the sea with a single hand. Sky shuddered, earth trembled, and space quivered.

In his colossal form, Mu Ye unleashed another punch straight at the Great Beast’s chest.

“He’s a four-word battle armor master!” Elder Cai exclaimed, then instantly turned tail and retreated to the ship as she withdrew her silver moon. Silver flashed across the tumultuous ocean and the beasts felt their strength suppressed.

There was no way Elder Cai wouldn’t recognize that the unknown man wore four-word battle armor! Although his soul power was clearly weaker than hers, his strength far eclipsed her own. Even if he were a rank or two of soul power weaker than her, she was certain that she would lose against him. And that wasn’t even taking into account their different levels of battle armor. She could tell that this “chef” possessed absolute strength. He surpassed even a Hyper Douluo.

Elder Cai’s mind raced for a moment. Once she deduced his identity, shock filled her.

As Mu Ye and the Great Beast continued their fierce battle, thundering booms that seemed as if the end of the world was upon them resounded. However, compared to the battle between the Great Beast and Elder Cai, it fought much more forcefully with Mu Ye. It was a contest of brute force.

The ocean didn’t hinder Mu Ye’s colossal form as he fought. Tentacle after tentacle struck him, but he paid the Great Beast back with just as many mighty punches. The two seemed to be evenly matched. But it was clear that the Great Beast’s tentacles couldn’t deal any lasting damage to Mu Ye, while his punches were leaving dark-gold marks all over its body.

While the two giants faced off, Elder Cai continued to bathe the area in silver moonlight, weakening the swarm of beasts attacking the ships. 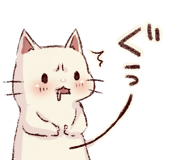