“Looks like I was wrong to judge a book by its cover!” Xu Lizhi exclaimed, wiggling his eyebrows. Then with an incantation, he conjured some pork buns for Tang Wulin.

Tang Wulin devoured them in a few bites. He stuck his hand out again for more. This scene repeated until they reached the dining hall on the third floor, and by then Tang Wulin had eaten nearly twenty buns.

The effect of the Recovery Pork Buns was incredible. Tang Wulin no longer felt fatigued, a hint of color finally on his cheeks.

The dining hall on the ship stretched far and wide, a necessity to accommodate over a thousand passengers eating at once. Every sort of cuisine was available, more than the slim selection offered at the banquet. Cold dishes, congee, eggs cooked in every way, and numerous seafood dishes were arranged along the tables.

Tang Wulin’s friends made a choice not to sit at the same table as him. They’d learned from the past.

It was still early in the morning, so only a third of the tables were currently filled. After finding a table in the corner, Tang Wulin immediately grabbed six eggs off a platter and stuffed them in his mouth. A moment later, he heard a rustle at his side. Turning, he saw Lin Yuhan.

“Wulin? What are you doing here all alone?” Lin Yuhan glanced at the group of Shrek Academy students sitting at the next table, her gaze lingering on Gu Yue especially long before returning to Tang Wulin.

He grunted in acknowledgment of her. But he was too focused on eating to give a full reply. Without the slightest pause, he continued gorging himself.

At the neighboring table, Xu Xiaoyan nudged Gu Yue. “Big Sis Yue, look,” she said, signaling with her eyes toward their captain.

Naturally, Gu Yue saw Lin Yuhan talking to Tang Wulin as well. However, she simply revealed an amused smile. Watched them without interfering.

Ten minutes later, horror colored Lin Yuhan’s face, her mouth hanging open. “Y-you sure can eat a lot.” She couldn’t help but stare as Tang Wulin inhaled food like a vacuum. His table manners left much to be desired as he wolfed down plate after plate of food. In a couple of minutes, he already finished two-thirds of the food on the table.

But that didn’t mean he would ignore her. Ever the gentleman, Tang Wulin grunted again in response, though not bothering to utter a single word as he continued stuffing his face. He found that the more food he consumed, the quicker he regained his strength. Sure enough, the best way to recover his blood essence was with food! Unfortunately for him, the food on the ship wasn’t the most nutritious. About average if anything.

Lin Yuhan swallowed nervously. “I-I’ll go and eat now too!” Seeing that Tang Wulin wasn’t paying attention to her, and shocked by the full extent of his gluttony, she quickly retreated.

“Was she scared off?” Xu Xiaoyan asked, finally beginning to understand why Gu Yue hadn’t bothered to lift a finger. A Tang Wulin during meal time had tunnel vision. Any attempt to communicate with him proved futile.

“Eat this,” sounded a voice by Tang Wulin’s side, then a large tray was placed down in front of him. Arranged on the tray were fillets of dark blue meat. He counted at least two.

Tang Wulin raised his head to see who it was. And his eyes popped. Huh? Isn’t this Mu Ye? All his doubts from the morning were cleared now. He had indeed nearly drowned the night before at Mu Ye’s hands. Yet rather than feeling alarmed, Tang Wulin was certain that Mu Ye had a reason for what he had done.

Still, rather than immediately begin devouring the food Mu Ye had brought like he’d do normally, Tang Wulin cast a cautious look at the chef. “What is this? Don’t think I forgot the pain you put me through last night. I had nightmares because of it!”

Mu Ye gestured to the dish. “This is thousand-year bluefin tuna. Its fat is top-notch and very good for your body. I managed to catch it last night. Go on and eat. I still have more.”

Tang Wulin glanced at the blue fish flesh. It was clearly fresh and untampered with. And quite appetizing to look at. He carefully poked it with his fork, watching as flakes fell off with a slight brush. Lifted a piece into his mouth and slowly bit into it, playing with it with his tongue. To his surprise, the piece of meat had not a hint of a fishy taste. Quite the delicate flavor, in fact. After chewing a few times and swallowing, Tang Wulin felt a warmth permeate through his body and set him at ease.

This is good stuff! Tang Wulin’s eyes lit up. In his weakened state, what he needed most was nutritious food to restore his energy. Any thoughts of caution were thrown to the wind and he began hungrily devouring the fish.

By the time Tang Wulin had finished the fish, Mu Ye brought over another platter.  A giant fish head half a meter in diameter sat on top of it. It was roasted to a golden brown, its skin glistening with melted fats. Compared to the previous dish, this one had a stronger fragrance, so much that it drew the attention of surrounding people.

Tang Wulin didn’t hesitate and immediately speared the neck region with his fork, twisting the utensil deeper to tear off more manageable pieces of meat. The neck meat tasted heavier than the previous filet, and felt more tender too.

As he ate, his belly felt warmer and warmer, as if his insides were catching fire. Yet the intense heat granted a sense of comfort.

“Chef, what’s he eating? How come there’s none of that at our table?” asked a man at a neighboring table.

Mu Ye crossed his arms and looked sternly at him. “They caught the fish themselves and gave it to me to cook. If you have fish, I’ll cook it for you too.”

How could he have fished it on this giant ship? The man glanced at Tang Wulin, baffled, but before he could speak, Mu Ye had already left.

Almost twenty minutes later, Tang Wulin picked the entire fish head clean. Now his entire body was brimming with energy, and he felt a faint itch in his muscles and bones.

He rose from his seat and approached his friends sitting just one table away. “I’m heading back first. If you need me, just give me a call.” On this long cruise, none of them had any particular plans. The only activity that was a given was cultivation, so he’d most likely be in his cabin.

When he returned to his cabin, Tang Wulin studied himself in the mirror. He gasped. His skin was incredibly scarlet. Tang Wulin made a beeline for his bed to mediate and adjust his internal energies, now aware of the degree of heat within him.

Steam rose from his body as he relished in this comforting heat. As it washed away the pain that had made his body its home. The clock ticked on, and his head began to droop. He soon succumbed to drowsiness. While he was asleep, his blood essence flowed through his meridians, reaching every corner of his body. A golden veined pattern rose to the surface of his skin, far brilliant than ever before. With each breath, his blood essence surged.

When Tang Wulin awoke, his room was dark and the sun had set beyond the horizon. He climbed off his bed and rubbed his drowsy eyes, stretching his stiff body and taking pleasure from the succession of cracks. He let out a satisfied groan.

Now fully awake, Tang Wulin managed to open his eyes wide and took a moment to decide on his plans. Then he left his cabin and knocked on Gu Yue’s door.

“Oh, you’re up?” Gu Yue was slightly surprised at the bright-eyed Tang Wulin. He was back to his usual self now, bursting with energy.

“Yep. Why didn’t you call me for lunch?”

“Jeez. All you know is how to eat. And I did call you, but you were dead asleep and didn’t respond at all. I couldn’t get into your room either. I had to jump over to your balcony in order to check up on you. Seeing your happy sleeping face, I thought it would be better not to disturb you. Really, just what were you up to last night? Why were you so tired?”

Tang Wulin strained a smile and shook his head. There was no way he could explain what had happened with Mu Ye. “I was just tired from cultivating. But don’t worry. I’m fine now. Well, let’s go grab dinner.”

Gu Yue stared at him in silence before sighing and going along with him.

Nothing special happened during dinner and Mu Ye did not appear. Furthermore, Tang Wulin was surprised to find his appetite smaller than usual and only ate about eight people’s worth before he was full. Perhaps his body was too stocked full of nutrients.

“What are you guys gonna do after dinner?” Tang Wulin asked his friends.

You Zhengyu shrugged. “I think I’ll go for a stroll.”

Xu Xiaoyan and Yuanen Yehui decided to return to their rooms to cultivate while Xie Xie planned on cultivating in one of the specialized cultivation rooms onboard.

Tang Wulin nodded after hearing their plans. “Alright. Let’s all head back and do what we gotta do.” Although he was worried about his own cultivation, he could only press on with cultivating and pay attention to any changes within himself.

The moment Tang Wulin returned to his room, his balcony door swung open. In walked Mu Ye. With a wave of his hand, Mu Ye enveloped the room in an aura of dark gold.

“W-what are you doing?” Tang Wulin cried out.

“How are you feeling?” Mu Ye asked.

Tang Wulin blinked a few times before slowly answering, “What do you mean how am I feeling?”

I saw this today and it got a chuckle out of me. 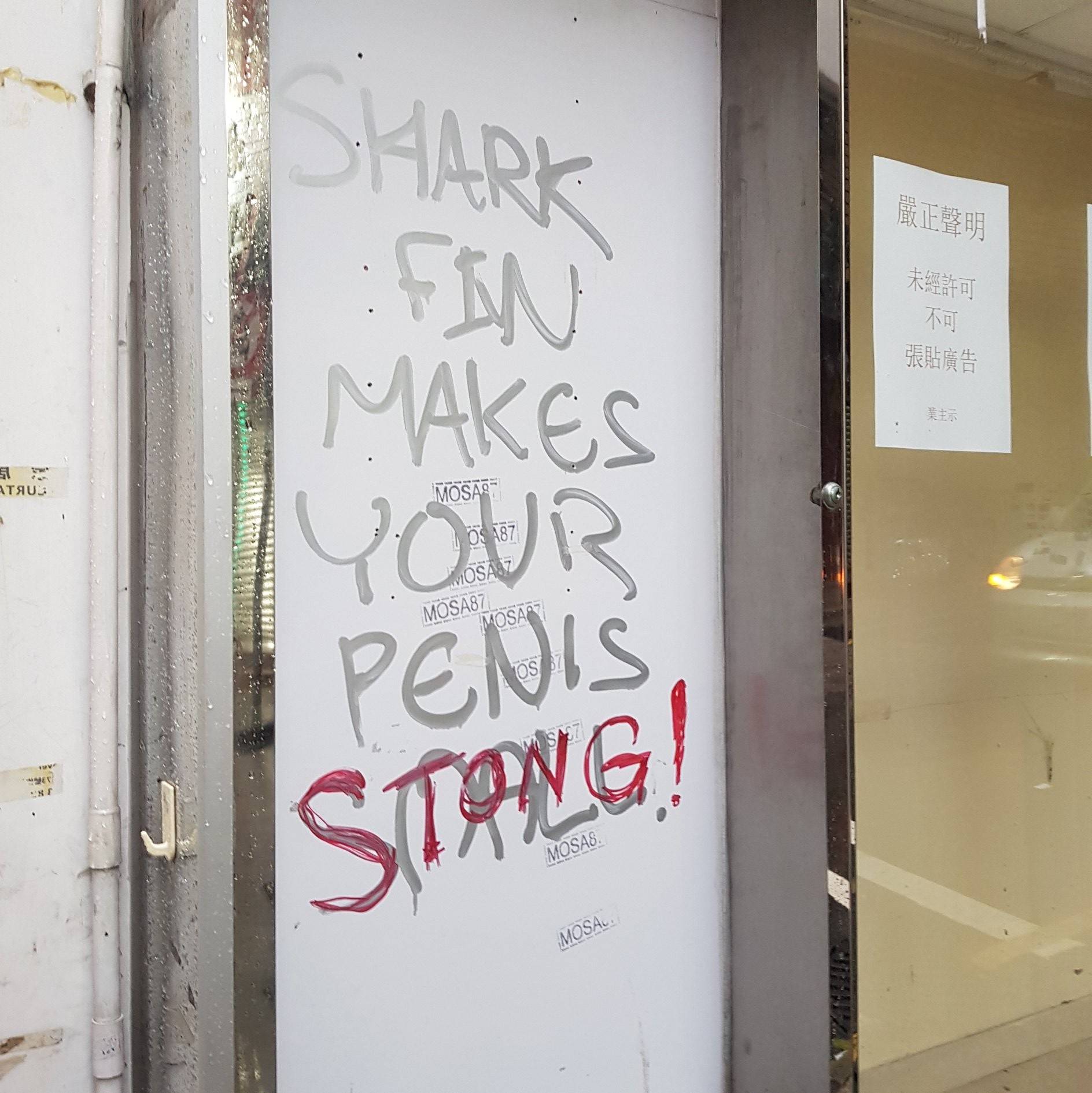