Upon obtaining his two remaining spirit items, Tang Wulin skipped merrily to his dorm, stopping by a restaurant to buy lunch on the way, the campus dining hall closed as it was. By the time he returned, the sun had just reached the middle of the sky.

His agenda was to break the next seal immediately to empower his blood essence, then visit Zhuo Shi for guidance.

With that in mind, he made his way to Yuanen Yehui’s room and knocked on her door.

Tang Wulin did, catching the strangely domestic sight of Yuanen Yehui in the middle of cleaning. She was lightly dressed in a tank top and short skirt to fight off the sweltering summer heat, bent over with a washcloth, thighs exposed.

Tang Wulin felt his face catch fire, averting his eyes and stopping in place. “Shouldn’t you be a bit more cautious?”

“Huh?” Tang Wulin could hardly utter a word. I don’t like girls?

Finally finished cleaning, Yuanen Yehui rose from her bent position. “You just got back from your trip to Heaven Dou City, right? Everything go well?” She was quick to change the subject. The image of Tang Wulin and Yue Zhengyu’s clandestine affair was still seared into her mind, the most awkward brand. It gave her goosebumps just thinking about it. But she wasn’t one to judge, the type to let others live their lives as they saw fit.

Tang Wulin cracked a bitter smile. “It went well. I nearly died, but that’s about it.”

Expression slightly hardening, Tang Wulin recounted the tale of his brush with death on the train.

“What’s with you?” Tang Wulin asked.

She shook her head, her complexion pale. “It’s nothing. Just remembered something from the past. Anyway, I’m surprised you managed to survive that.”

“Actually, I have no idea what happened at the end or how I survived. I fell unconscious at the last minute, and when I woke up, my uncle-master had already rescued me. He told me he found me unconscious, so he doesn’t know what happened either.” He brought a hand to his lips. “Maybe the evil soul master thought I was dead and left, or he sensed my uncle-master coming and didn’t have enough time to finish me off. I have no clue.”

A pause. Eventually, Yuanen Yehui spoke. “I don’t think either of those things happened. But I can’t think of any other explanations either. Were you injured?”

“I’m fine. Fit as a dragon,” Tang Wulin said, flexing his biceps with a sunny smile.

“I forgot how tough you are.” Yuanen Yehui smiled wryly, remembering his perseverance in their last battle, his refusal to give up. Like a cockroach.

“I’m about to make a breakthrough and I want to go into seclusion for a few days. If you don’t have anything to do off campus, could you help protect me during it? There shouldn’t be anyone passing by, but still. All you’ll have to do is make sure no one bothers me for a few days,” Tang Wulin said.

“Hmm. How many days will it take?” Yuanen Yehui asked.

“I’m not sure, but I think at least three. At most seven.” With the fourth seal already weakened and his body stronger than ever, Tang Wulin was confident it wouldn’t take too long.

She shrugged. “Okay. Call me when you’re ready.”

“Great. I’ll pay you back with a piece of spirit alloy after.”

Her eyes shone. “Those were your words. Remember that! You can’t back out! I want one with a harmony rate over ninety percent!”

A tight smile formed on Tang Wulin’s lips. “Are you after my life? Ninety percent is way too much and will take too long. Let’s make it eighty percent and we’ll have a deal. Shouldn’t take too long to forge one.”

“Deal!” Yuanen Yehui got what she had wanted, pitching higher than necessary. The odds of success for a ninety percent harmony rate were too low after all. Even if Tang Wulin had agreed, no one knew how long it would take.

After a moment of thought, Tang Wulin said, “I need to prepare some things first. I’ll be ready in about two hours.” With no proper way to store his four spirit items, he didn’t want to delay any further. It was better to break the seal while the potency of the items was at its peak.

Once he returned to his room, Tang Wulin shut the curtains, then got on his bed to meditate.

This was his fourth time breaking a seal. He had been fully prepared for the first two. Abruptly broke the third. There wasn’t a trace of anxiety in his heart for the fourth. Rather, he eagerly looked forward to what he would gain. He wanted to experience the rush of power into his veins and the might of his second blood essence soul ring. The first golden soul ring granted him the Golden Dragon Body skill, providing a massive boost in strength and combat power. He could only imagine what the second would grant him.

Tang Wulin hoped that the next skill he gained would be a long-ranged attack skill. No matter how he looked at it, ranged attacks were definitely his weakness right now, completely unbalanced with his close combat ability.

As Tang Wulin mulled over his thoughts, he brought out four boxes from his storage ring and placed them on his desk. One box was made of wood, two of jade, and one of metal.

He opened the wooden one first. An intense aroma immediately struck him. Within sat a brilliant flower with over a hundred golden petals. Each petal was covered in fuzz, the entire flower coiled up to fit in the box. A single sniff got his blood essence boiling.

The flower was a thousand-year mystic heaven chrysanthemum. A rare spirit medicine that strengthened a person’s limbs. Even at the thousand-year level, it was extremely rare.

Tang Wulin opened the next box, a small one made of yellow jade. Inside was a sepia lump. It was ugly compared to the chrysanthemum, but an air of power swirled around it, its aroma thick and heavy.

It was a thousand-year pine spirit mushroom, also known as the scarlet spirit mushroom. It had a gentle character and mellow energies that nourished one’s internal organs. While not the best spirit mushroom around, there was no denying it had the most mild character, able to tame  the wildest of spirit medicines when ingested together, allowing the user to absorb the energies easily. And the mushroom fell slightly short of the chrysanthemum in value, an almost insignificant difference.

Next was a green jade box. Tang Wulin slowly lifted the lid, sighing as he breathed in a bright fragrance, life and vitality incarnate. A string of small fruits sat inside the box, about forty of them altogether. They were all the size of a bean, a shade of lush green jade. In truth, the box had originally been pure white, dyed the fruit’s color after holding it for some time. Simply breathing the air from the box invigorated him.

A thousand-year life fruit. Its name stemmed from its tenacious will to live, the fruit growing only in the most barren of lands, praised as the greatest treasure of the deserts. If anyone lost their way there, they would be saved as long as they found this fruit. A single berry was enough to sustain a person for ten days. A truly magical fruit. Its existence in such barren terrain, one of the many mysteries of the world.

Tang Wulin had purchased it from the Tang Sect. It had cost quite a large sum of contribution points. Old Tang had reminded him several times to get one with at least thirty berries. He went above and beyond that, getting his hands on a life fruit with forty. It was even more valuable than the mystic heaven chrysanthemum.

He moved on to the final box. The box was made of a silver metal, completely sealing any fragrance that lay within. He pressed a button to unlock it, the lid opening up in one fluid motion. A black object with a metallic luster sat at the base, and upon closer inspection, a pattern of eleven dark purple rings could faintly be made out on its surface.

Now back to the regularly scheduled programming. 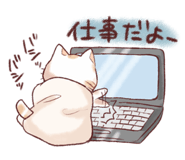