Chapter 466 - Against the Wall

Chapter 466 - Against the Wall

Gu Yue’s face flushed a delicious pink. She wrapped her arms around herself, around the curves that were starting to grow more pronounced. Girls developed faster than boys after all. And like most other girls, she already entertained herself with thoughts of romance.

Never in her life had Gu Yue allowed another boy to touch her. Not even Xie Xie or Xu Lizhi. But for some reason, for some strange and wonderful and mysterious reason, she didn’t mind it with Tang Wulin. In fact, sometimes she even took the initiative. Owing to her dominating personality, she would often separate him from other girls. And Tang Wulin, oblivious to this the first couple of instances, couldn’t help but notice these actions as time passed. As they occured more and more often. He soon grew used to Gu Yue’s hot and cold attitude toward him and her indifference toward everyone else. His special relationship with Gu Yue brought him joy, but deep in his heart he always knew there was some sort of barrier standing between them. He didn’t know what it was, but he knew it existed.

“Confess? Confess what?” Gu Yue asked, her cheeks still rosy and panic flashing in her eyes.

“What do you mean ‘confess what’? We both know what I’m talking about. Out with it.”

Her fingers played with the hem of her clothes. “I don’t know what you’re talking about.”

“What is the Divine Dragon Transformation? You’re the one who said its name, so how could you not know?”

Gu Yue’s eyes glazed over, her mind blanking out in shock. She turned back to face him. “That’s what you’re talking about?”

Tang Wulin blinked a few times. “Yeah. What did you think I was talking about?”

Gu Yue kicked his shin angrily and Tang Wulin chuckled, not bothering to dodge it. He even brought his leg up hopping, exaggeratedly howling in pain.

“That really hurts! I think you broke a bone. Gu Yue, you have to take responsibility!” Tang Wulin said, a mischievous smile tugging on his lips.

Gu Yue rolled her eyes. “Serves you right. If you have something to say, then say it. Don’t just come to joke around.” She pointed at the door. “If you’ve had enough fun, then hurry up and leave.”

The pained screams came to an abrupt halt. Tang Wulin’s expression grew serious, eyes narrowing into slits. “What is the Dragon God’s Transformation?”

“M-made it up?” Tang Wulin gaped at her. “Then that stuff about the first transformation being Divine Dragon Awakens was made up too?”

“Yep! Doesn’t it sound cool?” Gu Yue said with her hands on her hips.

“You win.” Tang Wulin rose to his feet and made to leave. Gu Yue didn’t say a word to stop him.

At the door, Tang Wulin finally glanced back. “You really came up with those names on your own?”

“Lying is bad you know!”

“I don’t believe you. In fact, I can tell you’re lying. I see it in your eyes. Good kids don’t lie!” Tang Wulin said righteously, wagging his finger.

Gu Yue arched her brow. “So what are you going to do about it?”

In one quick, fluid motion, Tang Wulin appeared right before her, his hands clutching at her shoulders. She yelped. Next thing she knew, he had her pressed against the wall, his arms on either side of her, a makeshift cage..

Their eyes met. Tang Wulin brought his face closer to hers. A couple of inches separated their noses. She could feel his warm breath against her cheeks, could smell his unique and masculine scent with each breath. She somehow managed to blush even redder.

“I can’t believe you!” Despite Gu Yue’s meek voice, something foreign flickered in her eyes. Something bold. It was right there. Tang Wulin’s face, fierce and determined, mere inches from hers. She closed her eyes, lashes splaying like a fan. And she pursed her lips. Faint elemental fluctuations rippled around her, ready to rampage at any moment.

A rustle of cloth. Gu Yue opened her eyes. To her surprise, Tang Wulin had dropped his arms and let out a sigh.

“Fine. I can’t do this. You win,” Tang Wulin shook his head and turned to leave. If she won’t answer, then so be it. She did smell nice though.

“Get back here!” Gu Yue shouted after him.

Tang Wulin glanced over his shoulder. “No. If you won’t trust me, then what’s the point?”

Gu Yue glared daggers at him. “Fine. Leave then. I won’t tell you.”

In a flash, Tang Wulin appeared in front of her using his newly learned Ghost Shadow Perplexing Step.

“Tell me.” He pulled a chair over and sat down, looking at her inquisitively.

She lowered her head in silence.

“Out with it already. You only have to tell me and no one else. I’ll keep it a secret.”

“Actually, my martial soul is a dragon,” she muttered.

“A dragon?” Tang Wulin’s heartbeat quickened, blood thumping in his ears. His shirt stuck to his back, suddenly damp and sticky. “Isn’t it Elementalist?”

Gu Yue nodded. “Yes, but it’s also a dragon. Control over the elements is just how my martial soul manifests.”

A quick mock up of what happened. 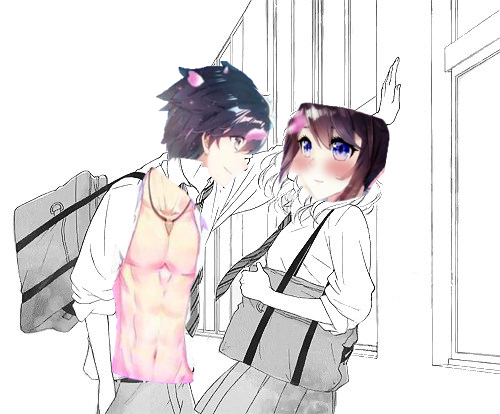