Tang Wulin was well acquainted with the hierarchy of the Tang Sect. The associate rank, which was divided into nine classes, was at the bottom. Tang Wulin, himself, was a class six associate. Once an associate reached class nine and earned enough contribution points, they could be promoted to manager. There were three levels of managers: probationary manager, outer hall manager, and inner hall manager. Tang Wulin remembered hearing that Wu Zhangkong, a two-word battle armor master, had the qualifications to be an inner hall manager. Above managers were the true executives of the Tang Sect.

The Tang Sect had various branches across the continent, each with inner and outer halls. An outer hall was typically made up of subdivisions, specifically an Agility Hall, a Defense Hall, and a Power Hall. Outer hall disciples belonged to one of the three and primarily took care of external affairs related to the Tang Sect’s corporate operations. An inner hall of the Tang Sect was composed of an Enforcement Hall, a Battle Hall, and a Holy Hall. Very few disciples were allowed into the inner court, and those that were also had their own specializations.

Only managers had the privilege of entering an inner hall. They also enjoyed a high salary as part of their position, unlike associates who were stuck working for their outer hall until they earned a promotion. Regardless of position, however, the Tang Sect did not impose strict work requirements on its disciples, especially those like Tang Wulin who were under twenty years of age. Younger disciples only had to focus on cultivating and improving themselves.

Guo Xiaoxu, the man standing before Tang Wulin now, was a general manager. Normal general managers held authority on par with that of an outer branchmaster, but this man was the general manager of the headquarters in Shrek City! Although Tang Wulin didn’t know exactly how much authority Guo Xiaoxu possessed, he could safely assume that the man wielded quite a bit.

Guo Xiaoxu smiled. “You really are a smart kid. I watched your match with the Imperial Sun Moon Academy. It was a great performance. You did well. You kids weren’t just representing Shrek Academy, the five of you are Tang Sect disciples! To encourage you to keep working hard, the Douluo Palace has decided to reward you.”

Reward? Tang Wulin’s eyes lit up. He could barely contain his excitement as he said, “Thank you, General Manager Guo.”

Guo Xiaoxu looked at Tang Wulin warmly. “Each of you can choose one Tang Sect secret art to learn, free of charge. You will also be awarded ten thousand contribution points each. However, these points are only meant for buying things and will not count toward your total points.”

Since the points didn’t count toward their total point count, Tang Wulin and his team couldn’t use them to be promoted. Even so, ten thousand points could buy a lot. If Tang Wulin accounted for the points he already had, that meant he would have enough to buy two spirit items. These points couldn’t have come at a better time!

“You three go ahead and pick what art you want,” Guo Xiaoxu said to Tang Wulin, turning to Xu Lizhi and Xie Xie as well. The two had arrived some time ago. “When you get back, tell Ye Xinglan and Xu Xiaoyan to do the same.”

“Yes. Thank you!” the three exclaimed in unison. They were completely satisfied with their rewards.

Once all five of them learned another Tang Sect secret art, their strength would grow significantly.

Tang Wulin chose Ghost Shadow Perplexing Step without hesitation. He already had plenty of attack power, and his lack of mobility was currently his greatest weakness on the battlefield. Since he only had close-ranged attacks, learning Ghost Shadow Perplexing Step would provide him with a way to close in on his targets. It was a better choice than the Mysterious Jade Hands since he already had his dragon claw.

Xu Lizhi and Xie Xie both chose Purple Demon Eyes in order to cultivate their spiritual strength. They needed to have sufficient spiritual power for when they fused with another spirit soul. Furthermore, Purple Demon Eyes enhanced its user’s eyesight and could unleash a spiritual attack once it had been trained to a high enough level.

Apart from the foundational Mysterious Heaven Method, everyone in Tang Wulin’s group agreed that Purple Demon Eyes was the most useful art.

Although he now had enough points to buy two spirit items, Tang Wulin wasn’t in a rush to buy them. He refrained from doing so because he was worried about how he would store them afterward. He decided that he would buy them after obtaining the two he couldn’t get at the Tang Sect. Having come to this decision, he asked Guo Xiaoxu to reserve the two items for him for a fee of one thousand points.

Guo Xiaoxu watched the trio of kids leave in high spirits, then he wandered off to a conference room. The room exuded an air of ancientness. Every single item in the sparsely decorated room was clearly there for a reason. Each was a priceless treasure.

Guo Xiaoxu walked over to the table in the room and took a seat, giving a curt nod to the six men who were already seated. A young man in his twenties sat at the head of the table. He had long black hair that reached his shoulders and a pair of silver eyes.

“How were they?” asked a bald man seated across from Guo Xiaoxu. Tang Wulin would have recognized this man to be Branchmaster Zhao.

Guo Xiaoxu cracked a wry smile. “You can rest easy, Shiny Head! Let me tell you all about them.”

“Call me that again and I’ll kick your ass!” Branchmaster Zhao rubbed his shiny, bald head.

“Those kids aren’t too shabby,” Guo Xiaoxu said, ignoring the remark. “Tang Wulin in particular, he’s something special. I think we can accept him into the Battle Hall as soon as he gets his fourth ring. Xu Lizhi isn’t too bad either, he’s a rare food type. Xie Xie isn’t quite as good, but since he has twin martial souls, he would be good material for us to work with. We’ll definitely need to give him a lot of guidance though. Actually, I think we can take all three of them into the Battle Hall once they get their fourth rings.”

The young man at the head of the table nodded. “What do you think, everyone?”

The man’s voice was sweet, charming, and had a sort of magnetism to it. The moment he spoke, everyone at the table sat straighter in their chairs and turned to him with eyes full of respect.

A muscular middle-aged man said, “I think having them go directly to the inner hall from the outer hall after getting their fourth rings is too hasty. They would do well to spend some time at my Defense Hall first.”

Branchmaster Zhao snorted. “Your Defense Hall only does odd jobs. If they’re gonna do anything in the outer hall, then it should be with my Power Hall!”

“Enough.” The young man eyed the two. “Jade needs to be sculpted carefully, but we can’t be wasting time either. Have them join the Battle Hall. I’ll let you handle them, Xiaoxu. You can invest more resources in them than usual. That kid Wu Zhangkong should be close to becoming a three-word battle armor master as well. We’ll have him join the Holy Hall with a silver ribbon when he does.”

“That’s all for today,” the Palace Lord announced.” I still need to go back to the Academy. There has been a lot of evil soul master activity lately. Send a message to all of our branches. Warn them to stay vigilant. Our Battle Hall will lead the operation to clean things up.”

The lights in the room flickered, going dim for a moment.

Then the Palace Lord was gone.

Spoil at your own risk. 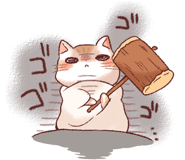