Chapter 439 - The Handsome Man and the Blushing Lady

Chapter 439 - The Handsome Man and the Blushing Lady

The enforcers reacted according to their training, and immediately bombarded Yan Feng with their cannons. The ground shook upon every explosion, thick clouds of dust being kicked into flight.

Even with battle armor equipped, Yan Feng’s stance crumbled under the hefty barrage. As their thrusters pushed them airborne, the three mechas unleashed the next round of energy blasts. Holding back against a one-word battle armor master meant disaster! The lead enforcer had already called for backup. The only thing left to do was to stall.

Tang Wulin and his friends stood awed by the power of the mechas. In their hearts, they realized one thing: had they not taken the mechas in Heaven Dou City by surprise and teamwork, they would have lost.

These three mechas exemplified superb coordination. They surrounded Yan Feng in an instant, trapping her in an uninterrupted barrage. Powerful one-word battle armor master she might be, Yan Feng was still a fledgling one. Her martial soul and battle armor compatibility was low. As such, the mechas were able to suppress her for now.

Tang Wulin didn’t let this opportunity slip through his fingers. He dashed off with his friends as he yelled, “Be careful everyone! Don’t get blasted by those cannons! Let’s get away from the battlefield! Enforcer uncles, good luck!”

Xie Xie was the fastest of the bunch, quickly overtaking Tang Wulin and jumping into the driver’s seat of their soul car. The others crammed in a moment later. For once, Xu Lizhi hadn’t struggled to squeeze in.

Xie Xie floored the pedal. The wheels spun in place as they fought for traction, and a second later they were off. Neither the enforcers nor Yan Feng noticed their disappearance. Their attention was focused on each other, and the explosions drowned out the sound of the car.

Xie Xie turned into a back alley and the car accelerated.

“I can’t believe we ran into a battle armor master! Our luck is horrible. Aren’t they supposed to be really rare? How did we manage to pick one?” Xu Xiaoyan said as she wiped away her tears.

Tang Wulin smiled bitterly. “It looks like we’ll need to think of another way to go about this. Our current method contains too many variables, and we offend a lot of people like this. It was never a good plan to begin with! At this rate, we’re going to get blacklisted by the Spirit Pagoda!”

“Boss, you just keeping getting more awesome!” Xie Xie exclaimed. “You were born to be an actor!”

Tang Wulin’s expression soured. “Do you think I wanted to lie? That was a battle armor master we just fought! Not even several mechas together can take her on! If I hadn’t lied, we would have been rounded up with no way to escape. We couldn’t afford to waste that much time. In the future we’ll think of a way to apologize to them.”

Within the walls of the Heaven Spirit City’s Spirit Pagoda, Yan Feng slammed her hands onto the metal table, flames flickering around her body. “You guys get it now? Those kids were the ones at fault! They attacked me first!” After watching the security recordings, the enforcers who brought her in were speechless.

By the time Yan Feng had managed to struggle out of the encirclement of the three enforcers, Tang Wulin and his friends had disappeared without a trace. She wanted to chase after them, but that thought was dashed as soon as three purple mechas arrived. As powerful as she might be, she couldn’t fight against six mechas at once. She had no choice but to let them apprehend her. Even if she could escape them, she would gain nothing.

“Our apologies, Miss Yan Feng. We have confirmed your identity. We’re really embarrassed about what happened and never expected those kids to be so cunning.”

Yan Feng’s glare was hot enough to scorch. “What are you waiting for then? Hurry up and go catch them!”

A pained smile crawled its way across the enforcer leader’s face. “I’m afraid we can’t do that. The Spirit Pagoda may have a lot of power and influence, but we can’t infringe on the Federation’s jurisdiction and capture someone outside of the Spirit Pagoda’s general vicinity. We can’t afford to butt heads with the Federation. We’ve already informed the government, so we’ll hand over the reigns from here. Besides, honestly speaking, we don’t have much evidence to go on here and you’re unharmed. Even if we caught them, there isn’t much we can punish them for. At most, they’ll have to spend a few days in a detention center.”

His words were like a bucket of cold water over Yan Feng’s head. He’s right! I wasn’t injured, so there isn’t really anything to convict them of. They were probably telling the truth about their ages too, which means they’re still minors. If we arrested them, it’s likely their families only have to pay a fine and give them a stern lecture at home. I can’t believe those kids!

“Miss Yan Feng, please calm down. Please let us apologize for this matter first.” The enforcers stood up and bowed to her.

Yan Feng’s anger dissipated when she recognized their sincerity, and she gestured for them to stop. “Forget about it. Those kids better hope they never run into me again though. If there’s nothing else, I’m going to leave now.”

The enforcers escorted her to the entrance. She held great status as a battle armor master registered with the Spirit Pagoda. Someday, she might even become their superior!

After exiting the Spirit Pagoda, Yan Feng scanned the surroundings, hoping to catch a glimpse of Tang Wulin and the others lurking nearby. But they were nowhere to be found.

Right at that moment, her gaze landed on a handsome, slender man about her age. He was clothed in white robes and his long, lustrous hair gently draped down his back. He exuded a chilling aura.

Yan Feng’s martial soul was of the fire-attribute, her personality fiery. The moment she laid eyes on this man, however, she found her fury fading into dying embers.

He’s so handsome! Yan Feng gulped. There wasn’t a girl in the world who didn’t fancy themselves a handsome man, especially a man as handsome as this! Moreover, she was shocked to find herself unable to determine his cultivation level despite sensing his status as a soul master.

The mysterious man took a step.

She wasn’t sure before, but now it was obvious he was approaching her, his steps slow and steady. Their eyes met.

His eyes are so pretty! Oh my god! I can’t even! He’s too handsome! Yan Feng could see herself reflected in those limpid pools, before realizing her current haphazard state. Her clothes and hair were still in disarray from the previous incident. She hurriedly put herself together, fixing up her attire, doing her best to hide all traces of the previous scuffle. Her face burned hot with embarrassment.

“Hi,” the man said, his voice a chilling breeze. Yan Feng gasped. The contrast between its frigid nature and the pleasure it brought brushed the deepest, softest nook of her heart.

“H-hi!” Yan Feng couldn’t help her nervousness. He was a sight to behold!

“I wanted to apologize to you. Those kids you ran into today are my disciples. They’re currently in the middle of an exam for our academy, so they had to find sparring partners. But they meant no harm. I want to apologize in their place.” Wu Zhangkong bowed.

“Oh. Uh. It’s fine.” Yan Feng’s heart raced and settled back down in the span of a moment. Her eyes widened, voice rising an octave. “What? T-those kids are your disciples?”

“Yes, they are,” Wu Zhangkong said.

Yan Feng’s breathing grew frantic. “So, you taught them to attack people like that?”

Wu Zhangkong was unperturbed. “No, but as their teacher, the responsibility falls upon me.”

“You…” Yan Feng was astonished. Try as she might, she couldn’t grow angry at him.

Wu Zhangkong nodded at her again. “Once more, I apologize. Goodbye.” Without another word, he turned to leave.

“Hey!” Yan Feng shouted after him.

He stopped in his steps and moved to face her. “Is there something else?”

Wu Zhangkong went silent for a moment before speaking. “Then what do you propose?” 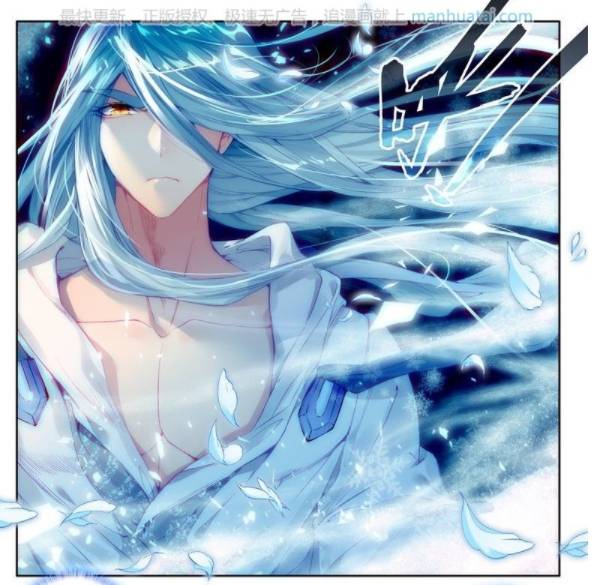