Triple Release May! Court Lady, Game of the Monarch, and Etranger!

Friends, in May we are welcoming three new releases on Wuxiaworld!  We have released Court Lady, Game of the Monarch, and the long-awaited Etranger.  Read on for more!

Court Lady: Court Lady is a very special novel, as it is the novelization of '骊歌行', a period drama/palace drama set in Tang Dynasty China by Huanyu Entertainment whom we have reached a special partnership with - we're releasing chapters alongside the tv episodes being released, so it is a simul-cast!  You can check out the drama series here on...

In a conference room located near the top of the Heaven Dou Spirit Pagoda, over a dozen high-level executives sat glued to a large screen, some sporting a few patches of grey hair and others more advanced in their years. On screen played a recording of a battle between six children and three mechas. The video had high resolution and crisp audio, courtesy of the mechas’ recording devices.

“We’re enforcers sent by Headquarters to evaluate the ability of the local enforcers to adapt to new situations. You have been disappointing. Just because we’re young children, you underestimated us and neglected to consider the possibility that we were hostile. Do I need to remind you that evil soul masters launched a terrorist attack not too long ago? Those evil soul masters excel at disguising themselves. If you’re all so lax, then what would you do when danger really comes? We’re just here to keep you all on your toes. Go back and reflect on this, then write a report to headquarters. Understood?”

Once the leader of the band of children delivered these words, he went calmly on his way. Not once did he glance back. Doubtful expressions flickered across the faces of everyone present.

“Pagoda Master, does the enforcement department of Headquarters have jurisdiction over us? Isn’t that the job of the supervisory department?” asked a middle-aged man, his eyes on the elderly man at the head of the table. “Isn’t what he said wrong?”

The elder snorted. “Forget about these kids’ backgrounds for now. Let me ask you, were their words not correct? How is our enforcement department so lax that they can’t even deal with kids? There was a terrorist attack just earlier today! And according to a reliable source, an evil soul master attacked the train station afterward! I’ve already dispatched some people for an internal investigation. If our enforcement department’s standard has really dropped so low, then everyone there can just forget about their paycheque!”

The entire room lost their tongues at such a display of fury.

“Understood!” The meeting adjourned and the heavy atmosphere in the room lifted as everyone shuffled out. Everyone but the Pagoda Master and a middle-aged man.

“Has the Heavenly Phoenix Douluo said anything?” the Pagoda Master asked.

“She hasn’t said a word. It seems like she’s leaving it to our discretion and won’t intervene with our decision. Pagoda Master, should we capture those kids?”

“Do you like losing face that much? Put a hush order on this matter. Don’t let it leak out to the public.”

“Got it! Kids these days sure are daring though.”

The Pagoda Master glanced at him. “You said that they have to visit ten cities for their exam?”

The middle-aged man nodded. “That’s what Gu Yue told me.”

A sly smile slid across Pagoda Master’s lips. “Make sure this doesn’t leak to the other branches then. We won’t be the only ones to lose face.”

The middle-aged man’s cheek twitched. Pagoda Master, what kind of attitude is that?

The Pagoda Master finally rose from his seat and approached the window, peering out to the cityscape. “We’ve been at peace for too long already. We needed something to put us on our toes. Just five more years…”

He could hardly feel his legs. Or breathe, for that matter. Despite looking long and hard, Tang Wulin and his companions were unable to rent a car. At least, they couldn’t find one that could take them out of Heaven Dou City. Left clear of other options, they purchased a small soul car for eight hundred thousand credits instead. That was nearly all of the money Tang Wulin had received from his uncle-master, and it was only enough for one car. Sadly, this car could only seat five comfortably, which was kind of an issue seeing that they had seven people.

Right after his purchase, Tang Wulin apologized to Wu Zhangkong. There was no room for him, not even with everyone squeezing together. He had to find his own way.

Xie Xie was the driver, Xu Lizhi rode in the front, and Tang Wulin was squished into the back with the three girls. Fortunately for Tang Wulin, the girls were quite skinny. Unfortunately for him, he was not. He found himself pressed against the window like a strange specimen. Beside him sat a triple layered cookie of Gu Yue, Ye Xinglan, and Xu Xiaoyan in that order.

Xie Xie was an adequate driver yet was driving without a license. He did have one, but of course, it had been confiscated along with his other belongings. There was no choice but to rely on him, though. They could only cross their fingers not to be caught.

As the car cruised through the highway, Tang Wulin did his best to tolerate the discomfort. The back was so crowded that he couldn’t even move.

“When we get to the next city, how about I go earn some more money forging and get us a bigger car?” Tang Wulin forced a bitter smile.

Gu Yue rolled her eyes at him. “Are you trying to avoid me already?”

In truth, Tang Wulin felt quite comfortable with her pressed up against him. She was soft in all the right ways. “Gu Yue, did you put on some weight? I don’t remember you being so soft.”

At the sound of those words, Gu Yue whipped her reddened face away from him, fumes rising from her head.

Xie Xie chuckled, catching a glimpse of that exchange from the rearview mirror. “Wulin, you’re so innocent. That’s called puberty. It’s normal for girls this age to be developing like that.”

“Shut up!” the three girls shouted in unison.

“Eh… Lizhi, what do you think? Am I right?” Xie Xie sent a pleading glance to Xu Lizhi.

“Uh, I’m feeling kind of sleepy. I’m going to take a nap.” Without another word, Xu Lizhi closed his eyes and pretended to snore.

Pressed up against the door, Tang Wulin had no choice but to watch the landscape fly by. His heart gradually became at ease.

A pleasant fragrance drifted over to him. Blinking out of his reverie, he realized it had come from Gu Yue. He swallowed. Oh my god. Xie Xie was right! She’s really going through puberty, already starting to grow up. A sigh escaped his lips. We’re not kids anymore.

Gloom settled in his heart, thick and heavy like fog. To this day, Tang Wulin still hadn’t heard from his mother or father, and as a result saw his friends as the most important people in his life. Nothing would be too much for them; even sacrificing himself for their sake wasn’t off the table. They were what drove him to live on, what gave meaning to his life. For this reason, Tang Wulin was afraid both of losing them and of anything that might change the foundation of their relationships.

Years ago, when Wang Jinxi and Zhang Yangzi had left their group, he  struggled with depression. The world had seemed covered in a shroud of grey, cold to the touch. It took him a long time to recover.

Noticing the shift in his mood, Tang Wulin shook his head and set himself back in a positive mindset. It would do no good to dwell on the past.

“It’s boring in here. Let’s talk about something,” Tang Wulin said. He had regained his calm by now, his heart an example of virtue.

Gu Yue glanced at him. They were still stuck together, side pressed to side. She had been the one to push him to the window seat and place herself between him and the other girls. She hadn’t even bothered to hide her intentions. Everyone knew what she was doing and didn’t dare get in her way. Young they might be, the rest of the group could practically smell the sexual tension, especially from how well Gu Yue treated Tang Wulin. The only perplexing thing was how often she ran hot and cold, as if she was deliberately maintaining some distance from him.

“What do you want to talk about? Battle armor? I should be able to break through rank 40 when we return and get another spirit soul. We can continue making battle armor then,” Ye Xinglan said.

Tang Wulin laughed. “We’re finally away from school, so let’s talk about something unrelated. Okay. How about our ambitions? Xinglan, you start. What’s your heart set on?” 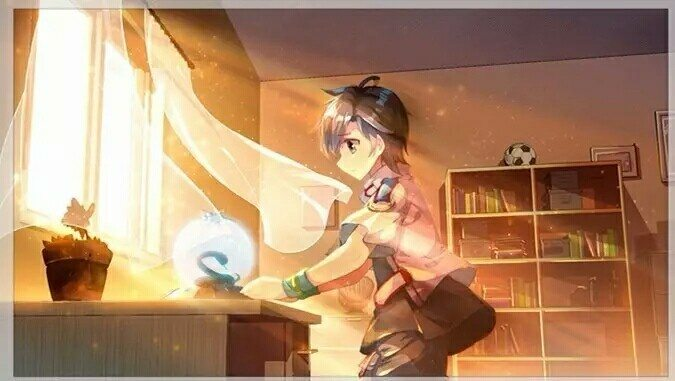