Luo Guixing was admitting defeat on behalf of the rankers! The other students still harbored doubt since Tang Wulin’s team had won by the skin of their teeth, but the five rankers were backing down. Each of the five continued to shine individually, but they now fully recognized Tang Wulin as their class president. No one else dared to challenge him, his position as the class president firmly cemented.

Luo Guixing’s actions stunned him, but after a moment, Tang Wulin smiled and nodded, then walked over to his seat.

As if nothing major just happened, Luo Guixing returned to his own seat as well, wearing his usual carefree smile.

Zheng Yiran stood nearby at Yang Nianxia’s side, her lips curled into a sneer. “No wonder Xu Yucheng said he couldn’t match up to Luo Guixing yesterday. That guy’s skin is just too thick! I would never be able to kiss ass like that.”

Yang Nianxia glanced at her. “You could learn a thing or two from him. A man of character knows when to bow and submit. But still. Compared to Tang Wulin, Luo Guixing lacks a certain charm... a kind of charisma.  Now that I’m looking at him properly, Tang Wulin really is fit to be the class president.”

Zheng Yiran stared at Yang Nianxia. “Have you gone crazy?”

“Are you still not convinced?”

Zheng Yiran snorted. “I’m different from you guys. Poison users like me focus on one strike kills. So what if he’s strong? He’s nothing compared to my jade phosphorus snake venom. Why should I acknowledge him?”

Yang Nianxia shrugged. “You do you then. I’m gonna go sit down.”

“Coward.” Zheng Yiran watched Yang Nianxia leave, her eyes full of disdain. Then she looked back to Tang Wulin. She didn’t know it yet, but she now saw Tang Wulin in a different light. Even if she were aware of this, she would refuse to admit it.

Class went by like normal. Wu Zhangkong and Shen Yi didn’t comment on the match from the day before. Everyone who made it into Shrek Academy was extremely bright and could make their own conjectures.

No matter how strong one was, a loss was a loss, and conclusions reached on the battlefield were eternal.

Attending class was actually the most relaxed part of Tang Wulin’s daily schedule. His spiritual power was quite high now, so he had no trouble soaking up the lecture material. It was only during class that he had the chance to relax his body. His afternoons were spent blacksmithing and his evenings were spent cultivating, both of which left him exhausted.

He currently didn’t bother with combat training. The match against the second grade was only three days away. There was no use sharpening his blade any further. He and his team were as prepared as they would ever be.

Yuanen Yehui and Yue Zhengyu were definitely going to be on the opposing team, so Tang Wulin drew up some plans against them. The only thing that made him nervous was what Yuanen Yehui got for her fourth soul skill.

Three days later, Elder Cai faced Wu Zhangkong, Shen Yi, and the teacher in charge of the second grade. “Today, I will be personally overseeing the match between your two classes. The Academy has decided to reward the winners with contribution points.”

“That’s…” Wu Zhangkong and Shen Yi exchanged a look, then looked to the second grade’s teacher. They were all astonished by Elder Cai’s words.

Although Elder Cai was the headmaster of the outer court, she rarely intervened in its affairs. At her level, her time was better spent cultivating. Becoming a Titled Douluo was not the end of a soul master’s path. One still had to continue cultivating, improving themselves, and consolidating their energies. This, along with the aid of battle armor, would slow down their aging. Yet the Silver Moon Douluo deigned to spend some of her time watching today’s match between the first and second grades! It was clear just how much she valued them. This also wasn’t the first time she observed the first grade’s battles. She had also been present for the selection tournament, just hidden from the view of the students.

“Am I not welcome to do so?” Elder Cai swept her gaze across the three teachers.

“Of course you are,” Shen Yi said hastily. But Elder Cai normally wouldn’t care about such trivial matters!

“Good. Let’s go then.” Elder Cai had arrived like a storm and left just as quickly.

Wu Zhangkong and Shen Yi were helpless when it came to Elder Cai. They were about to head over to the arena for the match when Elder Cai summoned them.

Since the headmaster of the outer court would be observing, this match instantly became an event of utmost importance. But this wasn’t what Wu Zhangkong and Shen Yi wanted. The age gap between grades wasn’t a single year, but three! They weren’t really optimistic about their class’s chances of winning.

Although five of the rankers were in the first grade, the Academy kept every student’s personal data a secret from the outside world. This meant that the rankings didn’t account for students of Shrek Academy from the moment the began attending. The amount of growth one could achieve in three years at Shrek Academy definitely wasn’t small.

With the eyes of the Academy’s higher ups now trained on the first grade, a devastating loss would be horrible.

The arena was bustling with students from the first and second grades, all of them bursting with excitement and anxious to witness the battle between the champions of each grade. The first grade’s students were all thirteen or fourteen years old. The second grade’s students, on the other hand, ranged from ages fifteen to seventeen. This was due to the fact that there was a limit on how old new students could be, yet there was no minimum requirement. The students of the first grade were jumping with enthusiasm while those of the second grade were relatively calmer. The difference between them was clear.

Yuanen Yehui stood at the fore of the second grade. The reverence the second-grade students held for her showed in their eyes. It only took a single look from her for the entire class to quiet down. Every student in that class united under her.

Several days had passed since the selection tournament, and things had calmed down in the first grade. Since Luo Guixing backed down, none had reason to oppose Tang Wulin any further.

But habits weren’t so easily broken.

Tang Wulin watched Yuanen Yehui and she watched him. Neither said anything. Right now, they stood as representatives of their respective classes, and as opponents.

The teachers walked into the arena. At the very front of the procession was the stunning Holy Spirit Douluo. To the astonishment of the students, the Silver Moon Douluo walked beside her. However, what truly shocked Tang Wulin was the fact that Elder Cai was a half a step behind the Holy Spirit Douluo. This served as proof of the Holy Spirit Douluo’s status in Shrek Academy. Tang Wulin was certain she still had many secrets. Her main ability had to do with healing, yet her position was even higher than that of her fellow Titled Douluo, the Silver Moon Douluo. 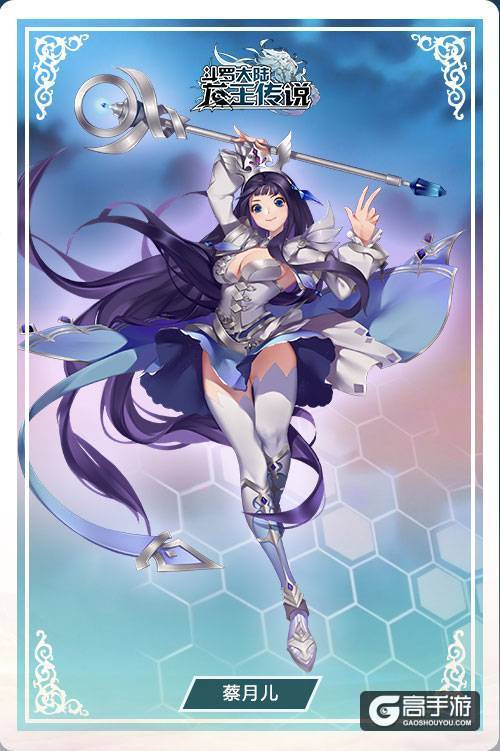