The moment Luo Guixing saw the golden grass covering the floor stir, he realized that it was a trap. Tang Wulin finally used his third soul skill. He teamed up with Gu Yue to deal with Wu Siduo!

Luo Guixing could teleport Wu Siduo back to his side with Spatial Retreat, but he couldn’t use the soul skill continuously. If he teleported Wu Siduo back to him, then Xu Yucheng would be left isolated behind enemy lines! Conflicted about what to do, his decision came late. He chose to believe in Wu Siduo’s strength and trust she could handle Tang Wulin and Gu Yue for a time. Then the sooner Xu Yucheng defeated Xie Xie, then the faster he could regroup with Wu Siduo to take care of Tang Wulin and Gu Yue. He ran some calculations in his head, and came to the conclusion that with Yang Nianxia, Zheng Yiran, and him backing the two up, victory was certain.

Xie Xie intercepted Xu Yucheng. Gu Yue’s light attack had slowed the Immortal enough for him to catch up.

Xu Yucheng scoffed at Xie Xie’s approach. He slashed out a shadowy beam at Xie Xie with his Demon Scythe. Xie Xie was merely a hinderance, so he decided to quickly chop Xie Xie apart before continuing his attack on Gu Yue.

However, as the shadowy beam flew toward Xie Xie, his body began to sway and his figure multiplied. He was using Ghost Shadow Perplexing Step! He sent out a Light Dragon Blade of his own. It pierced through the shadow beam and onward to Xu Yucheng!

Xu Yucheng frowned as he lowered his scythe and his figure flickered. Instead of using a footwork technique like Ghost Shadow Perplexing Step, he was advancing with pure speed! He left afterimages in his wake as he dashed forward. He sliced apart the Light Dragon Blade and sent back another onslaught of dark-violet shadow beams! The beams overlapped to form a giant net of death that collapsed onto Xie Xie.

Xu Yucheng’s four soul rings may have all been yellow, but he still had four! This attack saturated the air with his soul power, which suppressed Xie Xie’s speed. The only safest choice for Xie Xie was to retreat in this situation, but Gu Yue and Tang Wulin were right behind him. Retreat was not an option.

Inside of his workshop, Tang Wulin stood around a table with his teammates. “Wu Siduo and Xu Yucheng are very fast, so they’ll definitely be rushing us to get some early eliminations. If we want to win, we need to stop them and defeat either one of them as quickly as possible. Our only chance at victory depends on it.

“Wu Siduo is the strongest of them and the greatest threat to us with her Hell White Tiger. Gu Yue and I will work together to handle her. We’ll create a situation where Luo Guixing can’t teleport Wu Siduo out without sacrificing Xu Yucheng. But keeping Xu Yucheng occupied is our biggest problem right now. Xie Xie, Xiaoyan, how long would the two of you be able to hold out against him if you worked together?”

“I can handle him alone! I’m certain of it!” Xie Xie said confidently.

Xie Xie turned into a shining whirlwind of death to meet the onslaught from the shadow blade beams.

He’s facing it head-on? Many of the spectators, including Wu Zhangkong, frowned.

Three rings against four was a hopeless battle, especially when the latter specialized in attack power. The gap between their cultivation levels was too immense. Xie Xie gave up on using Ghost Shadow Perplexing Step to face that attack directly instead. He was going all in on in this clash!

The instant the two collided, the Light Dragon Storm began to collapse. Light dispelled darkness, but darkness devoured light. Xie Xie’s Light Dragon Dagger had never been on the same level as Xu Yucheng’s Demon Scythe, not to mention the gap in their soul power ranks. The outcome of their clash was predetermined. After a series of ear-piercing booms, Light Dragon Storm was dispelled and the scythe found its way right above Xie Xie’s head, slicing down to reap the life of its next victim.

Wu Zhangkong glanced at the referee, the Holy Spirit Douluo, but she continued to watch calmly without raising a single finger.

Xu Yucheng even hesitated for a split-second as he slashed down. When everything was said and done, he and Xie Xie were still classmates. Although this was live combat, he didn’t expect anyone to die. But the call never came from the teachers and neither did Xie Xie surrender. His scythe tore through Xie Xie, leaving behind nothing but wisps of smoke. No blood was spilled.

Xu Yucheng’s eyebrows jumped up in surprise, then he snorted. So he still had another card up his sleeve. His scythe slashed through nothing but air, which hissed in the blade’s wake. Although he hadn’t defeated Xie Xie with that strike, he was still confident in his victory. Gu Yue was right in front of him now, so Xie Xie had to come out if he charged her!

A brittle clanging filled the air as Xie Xie became visible again in mid-air as he intercepted Xu Yucheng. He crossed his two daggers together and accepted the attack with a grunt. To Xu Yucheng’s surprise, Xie Xie wasn’t sent flying backward. Instead, his eyes flashed crimson and his body exploded with power. He used Twin Dragon Storm to stop Xu Yucheng’s advance!

Fury filled Xu Yucheng. He thumped the handle of his scythe into the ground as his soul rings lit up and a dark-violet beam flew out!

The moment the beam appeared, Xie Xie felt as if he was being pulled toward it. It struck him in mid-air, knocking him out of Twin Dragon Storm. He coughed up a mouthful of blood as he slid to the side from the impact of the attack. Without taking a single second to recover, he used Ghost Shadow Perplexing Track to close the distance between them, thrusting his daggers right at Xu Yucheng’s neck.

You’re just an arrow at the end of its flight! Xu Yucheng sneered as he slashed his scythe down at Xie Xie.

Xu Yucheng’s judgement was accurate. Xie Xie had been injured after one of his clones had been defeated, then he was further weakened when he was forced to take on that attack. After suffering so much damage, he was running on fumes. Fortunately for Xie Xie, Xu Yucheng didn’t care about defeating him. He only cared about breaking through and regrouping with Wu Siduo. Since the very beginning of the exchange, not once had Xu Yucheng considered Xie Xie a threat.

In the eyes of their classmates, the fact that Xie Xie could obstruct Xu Yucheng for so long was reason enough to be proud. However, none held any hope for him.

Just as he was falling back, Xie Xie suddenly exploded with speed as if he had never been injured, and pushed himself into the trajectory of the scythe. The scythe sliced into his left shoulder, nearly cutting his arm off, and pierced through the other side. Blood sprayed onto Xu Yucheng, leaving him stunned. But in the moment his mind went blank, a golden dagger stabbed into his shoulder. Light exploded from the dagger as Xie Xie used Light Dragon Blade.

All Xu Yucheng managed to do was divert all of the soul power in him to defend against the dagger. But it was already stabbed into him! When their soul power collided, the two of them were sent flying backward!

It's Xie Xie's time to shine! 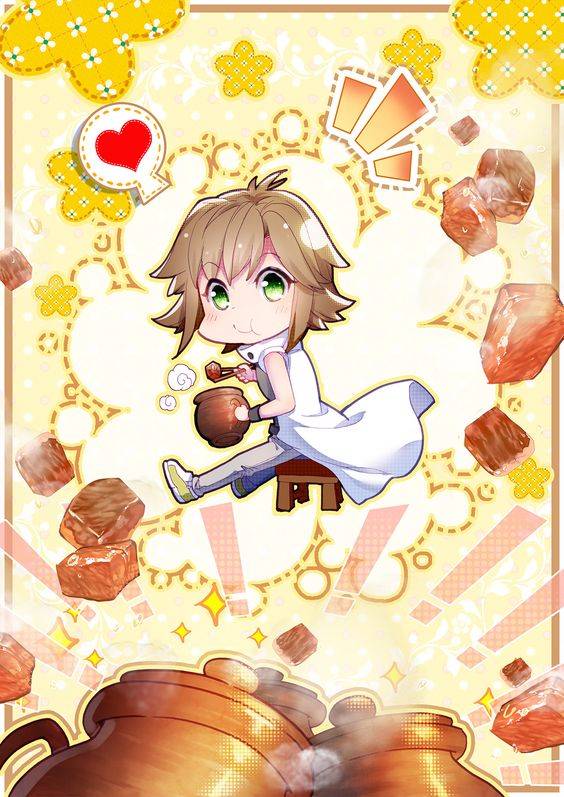