“I was just about to try to forge star silver when you called, Teacher. The design for my one-word battle armor’s right gauntlet is completed, so now I just need a high-quality piece of star silver to forge it. It would be of great help to me if you had any good star iron I could use. I won’t ask for much. Just as much star iron as that piece of star silver you wanted to give me would be greatly appreciated,” Tang Wulin said, a smile forming on his lips.

“Get out of here!” Feng Wuyu barely restrained the impulse to kick Tang Wulin out of the room. He had doled out a few words of praise, yet his disciple wasn’t satisfied with that!

Tang Wulin laughed. “I know you have it, don’t you? I’m willing to bet there aren’t many blacksmiths in the entire world with a greater stash than you! Is there really a need to be stingy with me? Just hand it over, please.”

Who’s being stingy here… Feng Wuyu’s anger dissipated in the face of Tang Wulin’s radiant smile. He took out some star iron and placed it on his desk.

“I don’t have anymore, take it and go. Before I get angry.” Feng Wuyu waved his hand in dismissal.

Tang Wulin giggled at his teacher’s resignation. “When are you going to teach me how to forge three-metal alloys?”

Feng Wuyu eyed him up and down. “You haven’t even mastered walking, and now you want to learn how to run? Wait until you can forge ten different two-metal alloys, spirit refine consistently, and forge a divine foundation metal. Then we’ll talk about three-metal alloys.”

“Oh… I’m still far from that.” Tang Wulin sighed, his head drooping. He made for the door, muttering to himself, “I still have two of the three goals to complete. It’s going to take me at least a year to do the other two.”

“Hold on a minute!” Feng Wuyu shouted when he heard what Tang Wulin muttered.

“Huh? Is there something else?” Tang Wulin looked back.

“You said you only have two goals left? Which one did you complete?” Feng Wuyu stared at Tang Wulin wide-eyed. Impossible! Asking him to meet those three goals was harsh! Even I couldn’t complete all of them until I reached the sixth rank!

Feng Wuyu set those three requirements in an effort to put more pressure on Tang Wulin. Of the three, learning to forge ten different two-metal alloys and becoming skilled at spirit refining were fairly easy to master and would come naturally with time. Tang Wulin had already succeeded once at spirit refining, but he hadn’t practiced that since his first success. As far as the alloys went, he’d been practicing for a few days now and could forge a couple of them. Yet he still muttered about completing one of the three requirements!

Feng Wuyu threw a bit of iron at Tang Wulin’s head. “What are you smiling for? Tell me before I beat your ass! Which one did you finish? Did you sneak off to Mu Chen to learn how to forge more alloys? Or did you secretly practice spirit refining? There’s no way you did any of that with what little time you have!”

“Why couldn’t I have forged a divine foundation metal?” Tang Wulin words dripped with condescension.

Feng Wuyu rolled his eyes and snorted. “In your dreams maybe. But this is reality! Wake up and tell me. Or did that not hurt?”

Tang Wulin looked wronged. “Of course it hurt! How about we make a bet? If I managed to forge a divine foundation metal…”

Feng Wuyu glared at him. “Still talking about divine foundation metals? Do you want another bump on your head?”

“Teacher, you shouldn’t bully kids! There’s no way I can fight back against you! How about this? If I win the bet, you pay me twenty thousand contribution points. I was penalized for the fight last time and I need to clear some debts. But the thing is, cultivating and blacksmithing is taking up all my time so I can’t earn more points. What if the Academy expels me because I don’t pay the fine?”

Feng Wuyu fought down his laughter at his disciple’s overacting, and forced his face into a serious expression. “Save it! You’ve successfully forged more than one alloy. Twenty thousand points is nothing if you sell some off. Besides, you’re my disciple. Do you really think the Academy would dare expel you?”

“If you’re too scared to bet with me, then I’ll just go to Grandteacher.” Tang Wulin turned around to leave.

“Now you just hold on a minute! Who said I’m too scared? You little brat, do you actually think that senile old fool Zhuo Shi has more guts than me? Fine! I accept your bet. Let’s see if you really can forge a divine foundation metal. But first things first, what do I get if I win?”

Hmph! You dare question me? Let’s see what you can do…

Tang Wulin’s smile had all the character of a predator about to pounce. “Teacher, I’ll do anything you want if you win!”

Feng Wuyu thought about it for a moment before saying, “Alright. If I win, I get everything you forge in the next three months.” That was an enormous sum. Even with Tang Wulin’s current success rate, the number of alloys he could forge in three months clearly exceeded 20,000 contribution points.

“Follow.” Tang Wulin smiled proudly and he turned to leave.

Feng Wuyu followed Tang Wulin back to his workshop. Doubt, curiosity, and excitement intermingled and growing with every step.

Inside the workshop, Gu Yue, Xu lizhi, Ye Xinglan, and Xu Xiaoyan were in the middle of discussing their battle armor designs. When they saw Feng Wuyu walk in behind Tang Wulin, they shot up to their feet.

“Where is it?” Feng Wu scanned the workshop.

Tang Wulin looked to Ye Xinglan. “Could you let Elder Feng see the jade silver? He can help appraise it.”

Ye Xinglan looked at him, then at Feng Wuyu. A second later, she took out the jade silver from her storage ring and presented it to Feng Wuyu.

The moment Feng Wuyu saw the it, his pupils contracted and his hand flew out to snatch it. He brought it close to his face for inspection. He stared at the gentle jade-silver glow of the metal for a long time, before finally handing it back. He turned to Tang Wulin.

“You really did forge a divine foundation metal.”

Without another word, he turned around and left. From beginning to end, his face showed no emotion.

Feng Wuyu glanced at him. “I’ll send you the points.” Then he shoved the door of the workshop open and left, letting it slam shut behind him.

After the door shut behind Feng Wuyu, Tang Wulin turned to his companions and made a victory sign with his hand.

Tang Wulin smiled mischievously. “Nothing. I just made a bet with him. A small bet. Nothing to worry about.”

The moment Feng Wuyu stepped out of Tang Wulin’s workshop, his face contorted in annoyance. “That kid really got me.” Then his features softened into a smile of satisfaction. “But it’s good that he knows how to pull one over on people.”

He shook his head and chuckled, “Kid, you really gave me a nice surprise!”

Three days later in the first grade’s classroom, Shen Yi announced from behind the lectern, “In order to fully examine your combat abilities, Teacher Wu and I have decided for our selection tournament to be decided via real combat. Now, let’s depart.”

The students stared blankly at her. Shouldn’t we be fighting in a virtual space? We could get injured in live combat!

Who do you guys like better? Him, or Mu Chen? 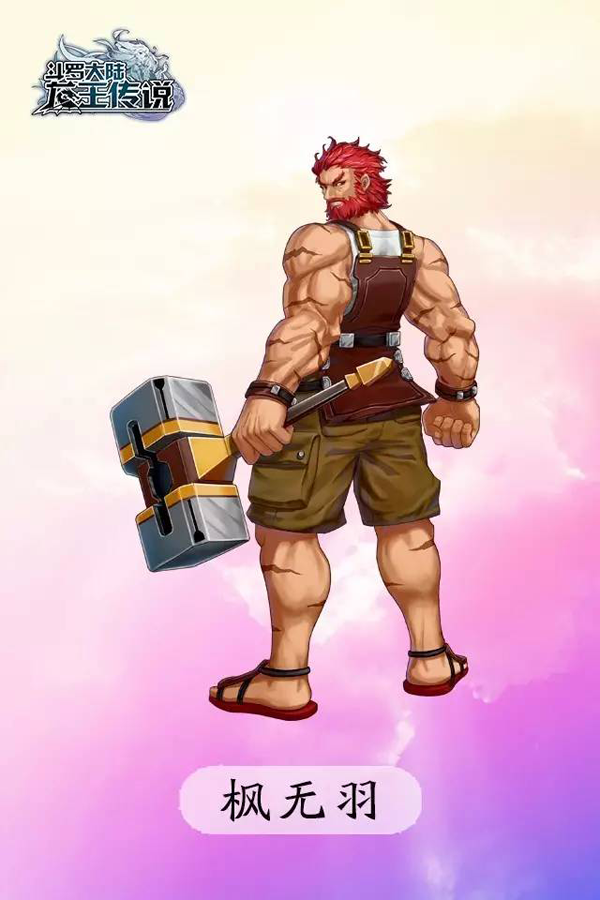