“What the hell are you looking at? Beat it!” Gu Yue said, shooting up from her seat.

Xu Yucheng glanced at her coldly, then turned back to Tang Wulin. He raised his hand, pointed his thumb up, then turned it down.

“You!” Gu Yue was about to explode, but Tang Wulin grabbed her arm.

After the five rankers left, half of the class stood up and left as well. Xie Xie hung his head, his fists clenched tightly. Steeling his resolve, he stood up and exited the classroom. Xu Xiaoyan looked to Tang Wulin anxiously, who returned her gaze with reassuring steadiness before standing up as well and leading his friends out.

Tang Wulin had already told Ye Xinglan about the restriction placed on her. She watched the entire confrontation with cold detachment from her seat in the back.

“Big Sis Xinglan, just what is the Academy thinking?” Xu Lizhi asked from beside her.

She flicked her gaze to him. “You still don’t get it? The administration thinks very highly of Tang Wulin.”

“Huh? And this is how they’re showing it?” Xu Lizhi was dumbstruck.

“Yes. They view him as very important,” Ye Xinglan answered without hesitation. She got up from her seat and followed Tang Wulin out.

Thoughts looped around endlessly in Tang Wulin’s mind the entire day, but in the end they all focused on one thing: just how can we win? The coming tournament would be a great challenge for him. If he didn’t emerge victorious, then his status among his classmates would plummet and his reputation dragged through mud. With all eyes watching him, there was no backing down now.

Xie Xie rushed back to the working student dormitory, but he wasn’t returning to his room. Instead, he headed straight for Yuanen Yehui’s room and banged on the door with all his strength.

“What is it?” Yuanen Yehui opened the door but upon seeing it was Xie Xie, her expression instantly chilled and her eyes reflected wariness.

Xie Xie’s eyes were red, his nails digging into his palms as his entire body trembled from an unknown emotion. Upon seeing Yuanen Yehui, he stepped forward and bowed deeply.

Yuanen Yehui took a step back, still leery. “Explain the situation to me first.”

Xie Xie sucked in a deep breath. Determination shone in his eyes as he resolutely said, “Please spar with me. I want to improve myself.”

Xie Xie didn’t answer. He bowed to her once more. “I beg of you, help me! Please!”

Yuanen Yehui raised an eyebrow and looked him up and down. Xie Xie was clearly like a volcano, about to erupt at any given moment.

Xie Xie raised his head, stunned. Then he let out a long breath of relief. “Thank you. Let’s spar then. I’ll pay for all of the costs!”

Tang Wulin was deep in contemplation while sitting on the forging table in his workshop when Ye Xinglan walked over. “Tang Wulin, do you feel discouraged now?”

He raised his head. Ye Xinglan started with surprise. Instead of looking defeated, Tang Wulin’s gaze held immeasurable willpower and determination. He shook his head. “No. This is just another obstacle for me to surpass. When my martial soul awakened, it was bluesilver grass, and I only had an innate soul power of rank 3. My family is utterly normal and didn’t have money to support my cultivation. I began blacksmithing at six to earn enough money for a ten-year spirit soul, but then the Spirit Pagoda staff member told me that I could only afford the random spirit soul draw. It was from that draw that I got Goldsong. Do you know what the staff member told me back then? He said Goldsong is a defective spirit soul. No one had any hope for me. Even my parents tried to dissuade me from walking the path of a soul master. They wanted me to focus on blacksmithing instead. I possess innate divine strength, so they thought being an ordinary blacksmith suited me.”

A faint smile formed on his lips and he jumped off the forging table. “I overcame all of it.”

He didn’t need to say anything more. Everyone understood his meaning. He started out as a mediocre person. Yet now, through his tenacity and hard efforts, he became the class president of Shrek Academy’s first grade class! The coming tournament may pose a great challenge to him, but it was nothing in comparison with his martial soul being bluesilver grass, nothing compared to having a defective first spirit soul. He always forged forward, step by step, and this time would be no different!

“Alright. I’ll help you then. Gu Yue has already finished the design for your hand armor. I need a piece of star silver to make it,” Ye Xinglan said.

Tang Wulin’s eyes lit up. “Star silver? Will you make it in time…?” The match between the first and second grade was set to take place in a week, and the representative selection tournament in three days time. With only three days, there was no telling whether she would succeed in making a battle armor part.

Although spirit alloys were capable of maximizing the amplification effects of battle armor and opened a path for improving one-word armor in the future, the difficulty of crafting with it also increased proportionally.

“I’ll give it a shot,” answered Ye Xinglan. “I took your divine foundation metal, so I have to return the favor.”

At that moment, a beeping noise sounded in the workshop. Tang Wulin took out his communicator to check who was calling him. Upon seeing the name on the screen, he immediately picked up the call. “Teacher.”

Feng Wuyu’s deep voice was transmitted through the line. “Come see me.” His words were short and concise.

“I’ll head over right away.” Tang Wulin turned to his companions. “Elder Feng just called for me. I’ll see what he wants, then come back right away.” He left after saying this.

“I heard what happened in your class. Sounds like the class president isn’t that great!” Feng Wuyu said.

“Mn. That’s right. I’m not qualified for the position.” Tang Wulin smiled bitterly. He didn’t bother explaining himself. With the situation coming to a head like this, explanations were useless. He had to settle the problem with action.

Feng Wuyu snorted. “Are you ready for the tournament?”

Feng Wuyu was taken aback, his eyes narrowing as he stared at Tang Wulin. “I heard your opponents are quite something. Are you confident?”

Tang Wulin’s eyes shined with courage. “I have to be even if I’m not.” His conviction was unshakeable.

“That’s good then. You have to face hardship head-on. You’ll grow a lot from this ordeal. Here, take this.”

Tang Wulin hurriedly reached out and caught the object Feng Wuyu tossed to him. It was a brilliant silver metal, specks of gold accenting its silver aura.

Even without testing it, Tang Wulin could tell that it was an extremely high quality piece! Its harmony rate was ninety percent at the very least.

“It’s ninety-nine percent. It’s a masterpiece from my early years. There’s no point just leaving it lying around, so I’m giving it to you.”

Tang Wulin was stunned. Warmth filled his heart. He had always thought Feng Wuyu was a harsh teacher and had never expected the old man to show such care and concern for him.

Feng Wuyu smiled. “Where’d all your greed go, kid? I thought you would just accept it right away instead of acting so politely.”

Tang Wulin scratched his head in embarrassment. “I have my own pride too!”

“What pride? Enough of that! Just accept it. Don’t let it go to waste.” Feng Wuyu grinned at him.

A long sigh escaped Tang Wulin, and he shook his head. “Teacher, you’re right that I’m greedy. But that’s because I grew up poor. Even so, I can’t accept this. It’s not that I’m embarrassed to accept it. I would never feel embarrassed with you. But it’s because I’m a blacksmith!”

Feng Wuyu was dumbstruck, but he quickly understood what Tang Wulin meant and nodded. “Excellent! Your heart isn’t swayed so easily. I’m convinced that you really are confident now.” He waved his hand and put the star silver back into his storage ring.

In order to craft the best battle armor, one had to be involved in the crafting process regardless of whether it was as the blacksmith, designer, maker, or mechanic. Feng Wuyu understood the meaning behind  Tang Wulin’s words. He wanted to create the greatest battle armor possible for himself, so he had to be the one to forge the metal with his own hands!

Here's Wu Siduo! What do you all think of her? Comment below! :) 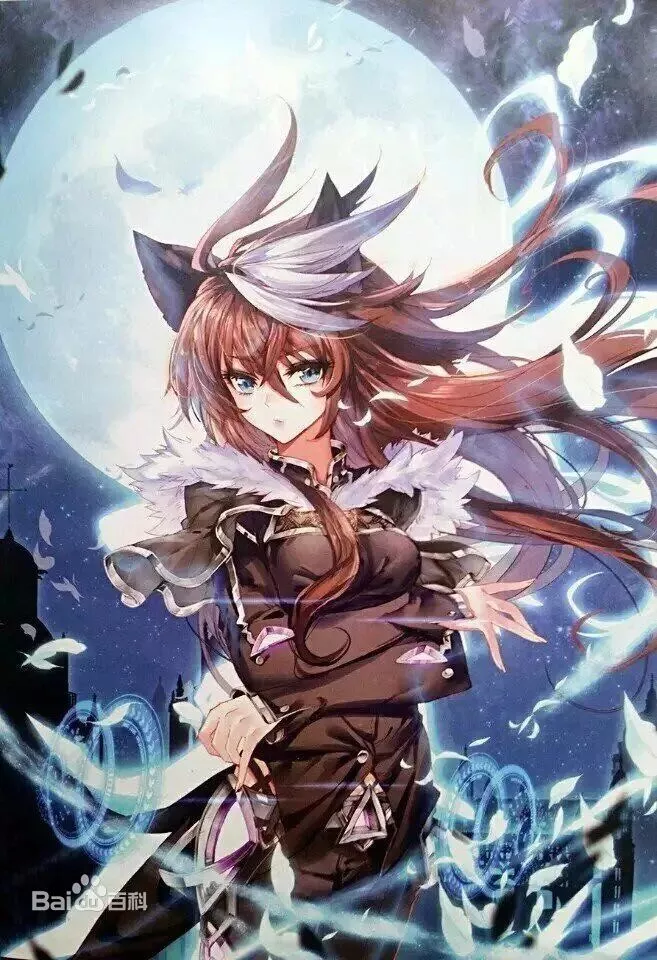