Blood Nine instantly realized that the enemy he was facing had most likely already reached rank 97 or above in her soul power.

Rank 95 was the minimum threshold for a Hyper Douluo, and there was a saying that each rank above that was like a heavenly rung climb up. With every successive rank that was attained past rank 95, one's powers would be increased drastically. Furthermore, this Evil Soul Master's martial soul was also of the highest caliber.

His father's soul power was rank 97, yet even he may not be able to defeat this opponent.

All of these thoughts flashed through Blood Nine's mind in an instant, and he opened his mouth to expel a mouthful of blood. The blood burst into flames in mid-air, transforming into a ball of reddish-golden flames that landed on his spear. All of a sudden, a burst of indescribable radiance erupted from the spear. Even the Evil Soul Master that he was facing had become rather hesitant about how to proceed.

"Boom boom boom!" Powerful attacks were raining down upon her Infernal Gates from the outside, and despite her immense powers, the gates wouldn't be able to withstand the attacks for long.

Black light flashed from her Dark Demonic Sword, and the horns on her head instantly turned into a dark purple color. Immediately thereafter, the surrounding space began to warp violently, and Blood Nine's suit of three-word battle shattered amid a resounding boom before transforming into a storm of metal shrapnel that swept toward the Evil Soul Master. At the same time, blood mist was pouring out of almost all of the pores on his entire body, and this blood mist was infused into his flame of life, causing it to burn even brighter.

A hint of surprise flashed through the Evil Soul Master's purple eyes. She had thought that this would be an easy opponent for her to take down, but he was unexpectedly tenacious.

She had no choice but to protect herself by withdrawing her Dark Demonic Sword, and it transformed into a dark purple light barrier that kept Blood Nine's attack at bay.

Right at this moment, three of her eight Infernal Gates shattered almost in complete unison, and several formidable auras instantly surged toward her.

"As expected of a Blood God." There was no emotion in her words, but her voice was tinged with a peculiar seductive quality.

Her dark purple figure rose up into the air, and a purplish-black rift abruptly appeared up above. As she rose upward, she slashed her Dark Demonic Sword through the air, and her ninth soul ring abruptly lit up. The sky dimmed, and the other eight Evil Soul Masters all transformed into streaks of purple light that vanished into the rift in a flash. As for herself, she took one final meaningful glance at Blood Nine before also disappearing into the rift.

Blood Nine's attention had been focused on her the entire time, and in the instant that their eyes met right before her departure, he was suddenly struck by a strange feeling. Those eyes were completely expressionless, yet they had been imprinted deep into his mind.

However, he didn't have any spare mental capacity to think about this. His flame of life was burning in an extremely exuberant manner, and he was currently more powerful than he had ever been in his life, but he couldn't snuff out the flame.

Blood Nine was throwing up large mouthfuls of blood in an uncontrollable manner, and his flame of life became more and more exuberant as it injected itself into the Blood God Array to stabilize it. Blood Five, Blood Six, Blood Seven, and Blood Nine had all been wounded to a certain extent during that surprise attack, but thankfully, the seed of life had reciprocated them with enough energy for them to survive that ordeal. The Blood God Array was wavering and flickering, but it didn't collapse in the end.

However, there was no going back for Blood Nine. His flame of life had already burned to the point of no return, and it would continue to burn until his body and soul had both been burned away into nothingness.

Tears began to streak down Blood Two's face. He only had one son, and despite how strict he normally was with Blood Nine, watching his son die before his eyes without being able to do anything was naturally an extremely excruciating feeling.

Blood Two was in a state of complete despair, but he was greeted by the sight of his son's smiling face, even as blood continued to gush out of his mouth.

It was as if he were communicating to Blood Two through this smile, telling him that he hadn't brought dishonor upon him nor the Blood God Battalion.

However, none of that was important to Blood Two; all he wanted was for his son to survive!

All of the auras of the Blood Gods had become very unstable. In particular, Blood Eight, who was situated the closest to Blood Nine, already had tears shimmering in her eyes.

She knew that Blood Nine really liked her and had always been pursuing her, but she was too conceited for her own good, and she always told him that she would only give him a chance if he could become more powerful than her.

Blood Nine had always been working toward that goal, and the competitive Blood Eight was also constantly improving. In the end, he never managed to surpass her.

At this moment, Blood Nine's flame of life had reached the peak of its exuberance, it was drawing closer and closer to the point where it would be entirely snuffed out. Blood Eight's heart was filled with boundless remorse. She hated herself for being so arrogant and not accepting his feelings sooner.

Blood Nine's gaze shifted from his father to Blood Eight, and even though he was still constantly throwing up blood, his smile became very gentle. The pride in his eyes had disappeared and was replaced by a warm gaze. He wanted to imprint the image of her firmly in his mind during the final moments of his life and use his final radiance to bless her and wish her well.

Following the surprise attacks from the Evil Soul Masters, a battle of life and death was also unfolding within the Blood God Array.

Resounding booms rang out across the entire abyssal passageway amid fearsome metallic storms, and countless abyssal creatures were torn into shreds. The destructive power of the ninth-grade soul missile was simply far too fearsome, even more so than the abyssal creatures could comprehend.

These superweapons had already existed over 6,000 years ago, but at the time, the human army didn't use them in battle in fear of harming their own allies. However, here in this abyssal passageway, there were only abyssal creatures around, so there was no chance of any allies being harmed. As such, the explosion of the ninth-grade soul missile completely stopped the eight abyssal emperors in their tracks.

The Black Sovereign spread open her wings, which transformed into a barrier of darkness to shield herself and the other seven abyssal emperors. At the same time, she released her Demonic Engulfment Mist to its full extent, and it intertwined with the metallic storm in a fierce clash.

In order to protect the other six abyssal emperors, she had no choice but to withstand the explosive power of the soul missile head-on, and in the face of the missile's tremendous power, even the Black Sovereign's aura was significantly hampered.

This type of explosive energy was also unable to be absorbed by her Demonic Engulfment Mist, and Zhang Huanyun took advantage of this brief respite to fly over to Tang Wulin.

He said in an urgent voice, "Wulin, don't worry about anything aside from fighting enemies; I'll take care of everything else."

His seventh soul ring lit up as he spoke, and the mirror behind him instantly expanded to a diameter of over 100 meters. Zhang Huanyun's body had already fused with the mirror, and this was his Mirror True Body!

Tang Wulin took a deep breath before letting loose a low cry. "Everyone, lend me your power!"

Six streaks of light emerged from his body to heed his call, and they were none other than the six plant system Great Beasts of the Ice Fire Yin Yang Well.

They were led by the Beautiful Silk Tulip, and the group consisted of the Delicate Inferno Apricot Flower, the Octagonal Mysterious Ice Grass, the Blackjade Divine Bamboo, the Land Dragon Golden Melon, and the Keen Gaze Dew.

These Great Beasts had all attained intelligence already, and ever since they decided to follow Tang Wulin, they had constantly been nurtured by the aura of the seed of nature within Tang Wulin's spiritual world. These six Great Beasts very rarely communicated with him under normal circumstances, but they were all genuinely thankful for the decision they had made.

In the beginning, they had departed with Tang Wulin so they could bask in the aura of the seed of life in order to fortify their current powers before searching for opportunities to make breakthroughs.

However, they quickly discovered that they were deriving far more benefits by following Tang Wulin than they had expected.

Tang Wulin's bloodline aura was downright incredible to them, and what was even more astonishing was that every time Tang Wulin made a breakthrough, particularly after his dragon core took shape, his rich blood essence power would wash over their bodies, providing them with more sustenance than even the Ice Fire Yin Yang Well did.

In a sense, they were already no longer pure soul beasts. After exceeding 100,000 years of age and attaining human forms, they had to also imitate human bloodlines. Even if they didn't choose to be reborn as humans, this was still a necessary process. 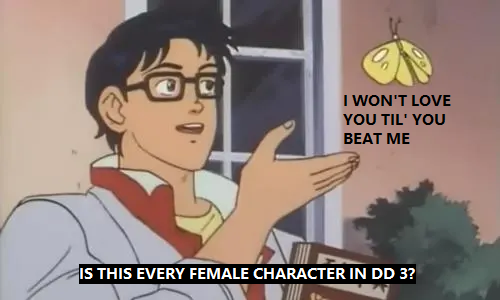