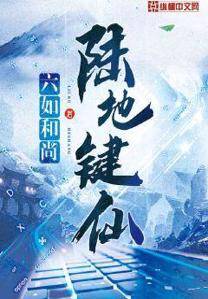 Hello everyone, I'm StarveCleric.
I've worked on a few series thus far like The Experimental Logs of the Crazy Lich (1-160), The Records of the Human Emperor (1-330), Library of Heaven's Path, Martial God Asura (>4320), and Little Tyrant Doesn't Want a Bad End.

Keyboard Immortal follows the journey of Zu An, who was given a Rage System, where he could get items by angering people. Fortunately, he had strong credentials as a keyboard warrior in his previous life, such that one could even say that he's overqualified for the job. Using crude insults and blind violence is too rudimentary for a keyboard warrior; the key is to hit them where it hurts!

This novel has quite a few bits of quirky, dark humor that might not appeal to all people

It's a story with lots of trolling, but it has a proper storyline and world-building. There are quite a few of ecchi scenes too, but it's mostly weaved in naturally so they wouldn't be too jarring to read even if you don't like them.

If you want something serious but not too heavy, do give this novel a try. The first few chapters do build up a little slowly, but it finds its pace later on.

---
Ko-fi if you ever feel generous and want to give me a small tip: https://ko-fi.com/starvecleric

A lightning strike transmigrated Zu An into another world. In that world, he was known as the trash of Brightmoon City, but for some reason, he was married to the gorgeous and highly talented daughter of the Chu clan?

What? I'm a transmigrator but I don't have any talent for cultivation? Why are there so many people out for my life? And most importantly of all, how in the world did I get on the bed of my sister-in-law on my wedding night?!

It was a nightmarish starting point for Zu An, but fortunately, as a famed keyboard warrior in his previous life, the world gave him a keyboard in this life too so that he could turn things around. Through his trolling and flaming, he shall stand atop the corpses of his burned enemies and rise to the top of the world!