Short applause rang out. The music stopped. People stopped talking and looked towards the source of the sound.

As the inner veil was lifted, San and Biyeon walked in with bright faces. The cheerful voice of the MC, master of ceremonies, spread widely throughout the space.

The MC was Cecil, who possessed the reputation as one of the empire’s finest minstrels and performers.

“We will now start the event!”

People look at him with interested expressions. A young nobleman, unable to contain his curiosity, raised his hand.

“This is an investment briefing session,” Cecil answered briefly.

The gathered people tilted their heads and waited for the following words of explanation.

“Perhaps it will be of interest to all of you who have come. Everyone, please sit comfortably.”

“Thank you for accepting our invitation.”

Biyeon’s presentation soon followed. The presentation was conducted in a direct tone without any prior background explanation. A general overview of the region, migration policy, tax policy, and long-term urban planning schedules were presented.

The briefing presentation session was short and simple. All the people stared blankly forward without understanding what was going on. The audience was never given an opportunity to ask questions.

While people were catching their breath and trying to make sense of what they just heard and saw, Biyeon returned to her seat after saying her closing remarks.

However, over time, the people’s eyes gradually calmed, and the sound of their heavy breathing gradually diminished. The reason was different for each person. Warriors, merchants, workshop operators…

The Essen crew members looked at the gathered crowd and smiled. This was a very familiar event in the Essen estate.

“I think the captains are trying to make a big deal this time,” Raron commented while cracking his fingers.

“If you add up the surrounding desert and jungle area, the size of the province is five times larger than the Essen estate. They want to ensure that they have ample resources. My heart is pounding like crazy.”

The next presentation soon followed. A banner was raised with lights illuminating the banner on both sides. The banner was spread out in front of the Gijan map.

To people, it looked like a ceremony in which a prince was ordaining a vassal knight. Everyone gathered was presumably acting as a notary for the event.

The image of the strange invitation was dancing in the minds of many people.

‘It really was just a courtesy invitation!’

Although the gathered crowd was growing restless, the Essen crew members were holding back their tears. They worked as special agents who dealt with the imperial court’s most secretive information. The Essen crew members all understood the true purpose of why their captains organized this event.

‘They’re planning to make us real nobles. The captains…’

In the case of those conferred with the title of Grand Duke, all of one’s vassals could officially become nobles, as ordained by the emperor.

So, when the Grand Duke or Prince appoints a noble, the noble shares his or her fate with the Grand Duke and Prince. If a noble decides to leave the Grand Duke’s territory, he or she is no longer protected as a noble and loses the title.

The officially appointed Essen warriors became the first nobility of the new nation-state. Although not yet officially awarded the title of Grand Duke, San and Biyeon were seen as the new, budding nation-states royal family.

The gathered people were watching this conferment of titles unfold. The appearance of the event was extremely serious, but people couldn’t tell if this was a performance or a real ceremony.

It could be seen as a ludicrous prank to confer titles by persons without titles.

However, even in the heart of this empire, there was no one who would dare ignore the Essen warriors. They now exuded a dignified appearance as complete and accomplished warriors.

All of the warriors had reached the highest level before Awakening, as they had all reached the Dark Warrior level. With wisdom and conviction, they had learned the skills and experiences necessary to become effective nobles.

In the past two years, no one in the imperial secretary office had done as well as the people of Essen.

With a firm underlying logic base and a flexible way of thinking, they had already gained the status of top problem solvers who mainly tackled the most difficult tasks of the empire.

The banquet continued. The unripe buzzwords Biyeon threw to these people would ripen and bloom in the future.

Perhaps tomorrow, many anxious people would approach these new nobles to curry favor.

“Is this another adventure?” Cecil asked.

“There are ten days left. I wonder who they’re going to send?”

San playfully curled up Biyeon’s long hair. Her hair unraveled between his fingers and gently cascaded down. Biyeon opened her eyes.

“Is our vacation over?”

“Yeah, but I feel a little different from the other times. Is it because this is our last vacation?”

“It’s like we’ve reached the dead-end of an alleyway.”

“There was always no way out.”

“It’s all an adventure.”

“Anyway, let’s go. We need to be well prepared to receive our guests.”

“I guess they’ll want some answers?”

“Well… let’s just think of it as a light exercise…”

San lowered his head and gently kissed Biyeon’s lips before getting up. Biyeon felt that his lips tasted sweet.

“They said to come by tomorrow.”

“As the emperor promised, Gayu will be overthrown, and Rain will become the first-seat secretary.”

“She’ll be quarantined. All the chief of staff secretaries except for the fifth-seat will be replaced.”

“She’s mainly responsible for the health of the imperial family. She seems to have maintained a friendly relationship with Rain. I think there were quite a few personal exchanges between them.”

“She was a very strange woman.”

“She had little presence.”

A moment of silence passed.

“Now, all of the contractual obligations with Rain have been fulfilled.”

“The project is over.”

“There are no signs of anything happening yet. The medicine Senun gave me seems to be working.”

“Six months was it…? No, only five months left. Considering the possibility of failure, we may not even have a chance to come up with a countermeasure. We need to pull our plans forward.”

“If I fail… are you really going to take action?”

“It’s better than being fooled and counterattacked. It’s an unavoidable fight anyway. If one wants true liberation in this world…”

“Okay. If there’s even a 0.1% chance of success, I’ll do it. So, I warn you, don’t think of stopping me or doing anything foolish.”

“This time around, please follow my opinion. I know you’re not going to accept it by force, but…”

“When would be the right time?”

“When it’s the right time. There’s not much time left, anyhow. Let’s see after our first fight… We don’t know how strong our opponents will be. Let’s take care of our own bodies first. We’ve been able to rest for quite a while.”

He was right. Their promised work with Rain was over, and the good times of sitting around in one place were gone. From now on, blood, tears, and endless struggle and determination would greet them once again.

Biyeon shut her eyes tightly. She recalled a very old song and the subsequent applause that she heard in Episode 285 like a hallucination. 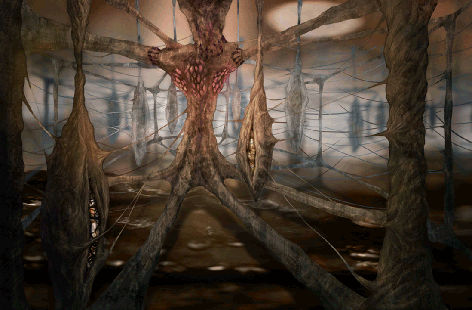