“Probably… you’re probably missing a key ingredient to create Nectar… am I right?”

Bichel coughed as he was caught in an awkward situation. However, he did not break eye contact with Biyeon. Gathering an army of believers for a god was always a difficult, uphill battle.

‘The number of magic dragons and Councilors is always growing. They both seek to modify human beings. For gods who need a sturdy base and steady stream of believers, their existences are dangerous…’

“We can resolve your issues,” Biyeon stated in a matter-of-fact tone.

“We know how to handle the ingredients, and you guys, the gods, know the knowledge necessary for production. I think. We have a high chance of succeeding, no?”

“What!” Apollo’s eyes grew round for the first time.

“Based on this, we want to create a working relationship. Us and all you gods. Our opposition is the magic dragons and the Fallen amongst the Original Beings. What say you?”

The sun had already passed its peak position in the sky and was falling towards the west. The dying light of the sunset colored the mountainous landscape in a red hue. San and Biyeon set off from the temple during this period.

The two did not converse as they left the temple. San squinted his eyes as he looked upon the sunset. Biyeon kept her head low and tightly sealed her lips as if captured in deep thought. The cool evening wind blew past them. Though their hair grazed their foreheads and eyes, the two continued to put one step in front of the other as they walked away from the temple’s grounds with heavy footsteps. After a while, they could see the valley opening below them.

San kicked a pebble that was on the road with gusto. The pebble drew a parabola in the air as it fell into the valley. They could see the valley filled with birds that were skirting from one area to another. They could see the dark shadows blanketing the landscape as the sunset’s rays were blocked by the overhanging clouds. Without speaking to each other, both sat down on a patch of grass in the valley. The sunset was glorious as the sun started falling below the horizon. Though the sun’s dying rays were strong, it did not bother their eyes.

“So, we’ll have to see this through to the end, huh?” San said. It was the first words between them since leaving the temple. His voice was scratchy and grainy as if he had just swallowed a handful of sand.

“Was I too urgent?” Biyeon said as her hair fell in front of her face from the evening breeze. Biyeon focused her gaze on the purple flowers that were growing nearby.

“It was something that we needed to investigate and find out anyway. We’ve been able to understand the situation, right? That’s enough.”

“It’s as if our sliver of hope has been thoroughly erased and destroyed.”

“Well… how can we expect anyone to help us? Let’s organize our thoughts and plan out what we’ll do next. This is nothing…”

San stared in front of him without speaking further. With tightly shut lips, squinting eyes, and deep breathes… the wind continued to blow his hair into his face. The lump on the back of San’s hand stayed silent as it trembled every so often. Extending his thumb and index finger, San made the form of a gun with his hand and placed that hand near his eyes.

“Gods… you guys will regret your decision.”

He made a motion of pulling the trigger on his hand-formed gun. The sky within his mind crumbled down.

“Sages… we don’t know who will be opposing who.”

San pulled the trigger once more. The earth within his mind became smaller.

San placed a hand on his arm and flipped his arm upwards in a ‘flipping off’ motion. The world in his mind turned over.

He glanced over at Biyeon. She was still looking straight ahead in a stupor. San’s Adam’s apple momentarily moved up and down.

“They said a hundred years, right? We’ll have to either capture the magic dragons or give ourselves up to Nectar… regardless, we’ll live. As long as I’m San Kang… I won’t allow death.”

San looked at the purple mark on his arm that formed from the needle that was placed in them just a moment ago. The area where the needle was inserted was still sore and tender. Within their bodies, various eggs and other contraptions were inserted. It would allow the two to connect with the gods twenty-four hours a day…

Apollo’s office was silent and dark. It was as if everything had paused. The color paned window was glowing red from the sunset’s rays. Within the space were Apollo and Bichel, both seated quietly and looking thoroughly exhausted.

“Will the Outsiders find them interesting?”

“Such a predicament. Also, do you think it’s by chance?”

The two stopped conversing for a moment. They took a moment of rest to gather their thoughts and strength. The sunset’s red-hue rays elongated the shadows that were forming from the window.

“I’m a little concerned,” Bichel mentioned as he looked up at the office’s ceiling.

“I’m not sure about the other things… but I don’t think it was a good idea telling them that we share information with other entities in this world.”

“I don’t think it matters. The gods are calculative. They probably released that bit of information on purpose.”

Bichel turned his head. Apollo took a sip from his teacup. Though he had only taken a light sip, it seemed that the color in his face was returning, and his general demeanor was becoming more relaxed.

“Even if they know, they won’t be able to do much. You also observed their current state, right? Those two won’t be able to live long in this world. They can’t escape either. I think it was for the best to convey the truth.”

Apollo put his teacup down and sunk deep into his chair.

“Siluone is such a cruel dragon. Senun as well… at least to those two… they inserted things that do more than just gauge their development and update their bodies’ statuses… evil things.”

“Could this possibly give rise to misunderstandings? The magic dragons and Satan, in particular, might not be happy with what we did. The information network that they laid down on those two are now being overheard by us, and once they realize this…” Bichel said in a more concerned tone of voice. Apollo shook his head.

“It’s the gods' decision. We can’t fathom what they’re thinking. Ever since the Creator created this world, the gods and dragons have had a positive relationship. However, the Creator’s world has fallen into troubling times. All due to the rise and revolt of the dragon species… and the larger problem is…”

Apollo stopped speaking and looked at a wall. On the wall was an artifact that symbolized Tehara, a sun and fire. The entering sunset’s rays made the artifact glisten with a greater hue of red.

“Even with the Creator descending himself?”

“That’s right. Even the god of oracles has stated that the future is murky and unable to be read. That just goes to show how powerful the Creator’s enemies are this time around. The key turning point was when the magic dragons reincarnated the Fallen.”

“Are the gods planning to stay neutral?”

“Active neutrality. They’re planning on taking the middle ground once war breaks out. It’ll be a form of insurance and bargaining chip. The information that the gods possess will become the critical factor that decides between who wins and who loses.”

“Won’t those two become dark horses? They’ll also be in contact and intertwined with the Outsiders now.”

“The Outsiders are powerful. They’re an ancient force…”

“Do you think the two are eyeing a chance to take over the imperial courts and the empire’s throne?”

“So, there’ll be competition for soldiers?” Bichel said before keeping his mouth shut. Apollo smiled in response before stating, “That’s exactly the picture that the gods want. A large-scale war will break out between the Creator versus the Fallen, the dragons versus the magic dragons, and the humans versus the blood demons. No one will be left alone… there’ll be a delicate balance based on the size of one’s forces. That’s when information will be the most important factor to determine who succeeds and who fails.”

“Interesting enough, within this complex web, at the center, are those two. They possess what all the powerful parties want within their bodies. In terms of poker cards, those two are wild jokers. Everyone wants what they have, but no one really wants them on their side… they’re strong but just cast-off material.”

“Anyway, having stepped into the temple themselves today, the two have allowed the gods’ to finally complete their assignment of getting to know more about the two. Once the ‘god seeds’ take root, we’ll all be able to know more about them. From their location to their patterns and even their thoughts, we’ll be able to gather and analyze all of it. We’ll also know the form and origin of their unique skills and possibly the process of producing Nectar. It’ll come in handy when we need to increase the combat strength of our congregation. They may even be able to provide us insight into the imperial courts and their secrets… secrets that the Outsiders have held in the imperial courts for so long…”

Apollo smiled with satisfaction. The conversation had taken another pause. The day’s conversation was progressing in this sort of halting manner. The silence was used to organize their thoughts and to consider deeper.

<What the gods would gain from the two>

- Increased affinity with and access to humans, especially the imperial courts and empire

<What the two would gain from the gods>

- Referral to the Outsiders

- Real-time updates on information pertaining to the dragons/magic dragons/the Fallen.

- Providing a mass communication channel once for a 48-hour period

“To become comfortable with chaos,” Apollo said as he walked to the top of the temple. He continued, “The magic dragon and Fallen have decided to pursue war. A great period of chaos will ensue. We must wait steadfast for the gods’ time.”

“The gods possess the power of interpretation and prediction. Dragons may be able to gather and analyze tremendous amounts of data, but gods are the ones who can interpret what that data signifies and how it’ll impact the future. In a hundred years, our Apostles should be able to overcome Sages.”

Apollo stood tall at the peak of the temple. The sun fell down towards the western horizon towards their god, Tehara’s, space. 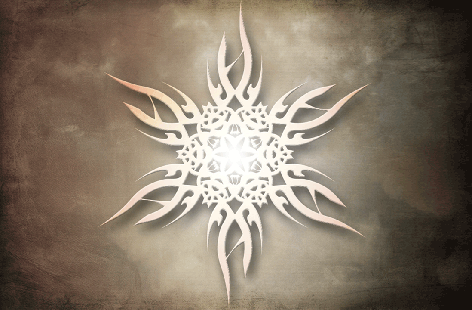