Jian Wushuang couldn’t help but let go of the bow in her hand. She heaved a long sigh of relief after seeing the arrow pierce his True Fate. She had always been arrogant and confident. However, she was thoroughly horror-struck this time. Li Qiye never did anything as she unleashed her bombardment upon him, yet she still struggled to kill him. If Li Qiye actually took action, then the consequences would have been unthinkable.

She became relieved as her ultimate arrow attack was finally able to kill Li Qiye.

However, just when her sigh came out, a faint peeling sound appeared. A white flower with eighteen petals emerged from Li Qiye’s forehead. In this very instant, the white flower slowly bloomed, and one of the petals lit up with a shining light.

In just a moment, a white petal appeared inside Li Qiye’s true fate. As the light radiating from the petal descended on the true fate, a loud blast occurred. The dead Li Qiye with a shattered true fate emitted myriad laws into the sky like an endless flood as his true fate once again derived a boundless grand dao. With that, the true fate flew back into his palace, then Li Qiye stood upright.

“The taste of death...” Li Qiye emotionally commented as the white flower flew back inside his forehead before instantly disappearing. Only one of the eighteen petals on the flower had a flashing glimmer at this moment.

The proud girl had never been afraid of anything, not even someone stronger than her and capable of defeating her. She came from an imperial lineage and knew that defeat was not something to be shameful about. Even Immortal Emperors had lost at times, let alone other people.

However, defeat had nothing to do with the current situation. The fearless girl had finally been frightened to the point of having a pale complexion.

Death was a common sight to her, but this was her first time seeing someone be reborn after being killed by her. She was absolutely sure that her last arrow had killed Li Qiye and that those who were killed by her, no matter if they were Virtuous Paragons or a top genius like Ye Qingcheng, wouldn’t be able to revive themselves.

However, Li Qiye was still alive and well without any injury as if nothing had happened!

This was absolutely impossible. There was no merit law in this world that could allow people to come back from death. Of course, this was referring to a true state of death.

With a blanched expression, it was as if Jian Wushuang had seen the most unbelievable thing in this world.

For the Death Record, death was a good thing. There was a mantra inside the technique: One fate accumulated from three deaths, one item formed from six deaths, one life changed from nine deaths, and eighteen deaths to reach the high heavens.

Of course, it was not so easy to die. For example, with Li Qiye at his current level, how could it be easy to kill him? Moreover, it would become progressively more difficult to die. Even if Li Qiye wanted to commit suicide, he wouldn’t be able to do so. Of course, dying from old age didn’t count since even the four arts of the Death Scripture wouldn’t be able to save one from a depleted lifespan.

Li Qiye took a long breath. He had finally died once — this was indeed not easy. He truly chose the right person; Jian Wushuang was an excellent grindstone.

“It is unfortunate that you are still weak. If that arrow was like your patriarch’s when he was younger and dominating, then I wouldn’t be so comfortable right now. Even if I could come back to life, I would be bedridden for one or two years. You are still lacking a bit, so you need to try harder in the future. Of course, you have to leave alive today to have that chance.” Said Li Qiye with a very comfortable appearance.

Death was a terrible thing for other people, but it seemed that Li Qiye was enjoying the sensation very much.

Jian Wushuang didn’t know that Li Qiye was telling the truth. If she was too strong, then the arrow that had killed him would leave behind an eternal wound that even the rebirth via the Death Record wouldn’t be able to expel. Only time would be able to heal such a wound.

Jian Wushuang’s strength was too fitting for Li Qiye since her ultimate arrow was able to kill him without leaving an eternal wound.

“You, you, what evil arts are you practicing?” With a shocked expression and great anxiety, she glared at Li Qiye.

“Evil arts?” Li Qiye couldn’t help but laugh and say: “If I am cultivating an evil art, then all the merit laws in this world are worse than elementary evil arts. Ugly girl, I cultivate the most righteous and proper merit law in this world, the ultimate profundity of the dao, got it?”

Normally, Jian Wushuang would definitely become angry at being called an ugly girl like before. However, she had no reaction this time, she could only stare at Li Qiye with a solemn expression without saying anything.

After a while, she coldly stated: “You purposely tricked me here to test your evil art, using me as a grindstone!”

“Correct. It looks like you aren’t too dumb, you finally guessed it.” Li Qiye leisurely smiled and said: “Unfortunately, there is no prize.”

Jian Wushuang snorted while looking at him with her sharp and pretty eyes.

“If you run away now, maybe there is a chance that I will spare your life. After all, I am in a good mood.” Li Qiye cheerfully said while looking at the still-proud Jian Wushuang.

Jian Wushuang’s expression darkened. However, she was still arrogant, and with complete confidence, she coldly replied: “Run? I have never ran before. If I can kill you once, then I can kill you a second time. Hmph! I want to see how many more times you can revive yourself. Revive again and I’ll kill you again until you can’t revive anymore!”

“You are mistaken.” Li Qiye smiled and gently shook his head: “If you continue to use your Starshattering Bow, then it won’t be easy to kill me a second time. Since you have killed me once with it, it is essentially impossible to kill me a second time, unless you step into the Virtuous Paragon realm right now. If not, then you have to change your weapon. Of course, it needs to be much stronger than the Starshattering Bow at the very least.”

Having said that, Li Qiye laughed and said: “Even if you bring your patriarch’s Immortal Emperor Life Treasure here, its attack would not be much more powerful than that last arrow, unless you could unleash an Imperial Massacre. Another option would be if you had that bow from him. Otherwise, it truly wouldn’t be easy for you to kill me again.”

Li Qiye’s words left Jian Wushuang gritting her teeth. She wished that she could take a good bite of his flesh right now.

“Fine, you are very amazing. If you dare, then name your merit law and I will definitely have a way to kill you so that you will never get up again. Of course, if you are a coward who is afraid of death, then forget it.” Said Jian Wushuang with a sneer.

Li Qiye burst out in laughter and clapped his hands after hearing this and responded: “Ugly girl, although you are very annoying with no likable qualities, at least you aren’t an idiot like those girls with big breasts and no brain. You’re just a little bit better since you know how to goad others…”

“... But I’m sorry to say that this type of goading is completely useless against me.” Li Qiye paused for a bit at this point before continuing: “It is not that I don’t want to tell you, it’s just that even if I did, I’m afraid you wouldn’t know what it is. If I told you and you hadn’t even heard of it, then it would be too much of a blow to your confidence. I mean, you come from an imperial lineage, so if you are so ignorant, wouldn’t you lose all face?”

Jian Wushuang wanted to vomit blood after hearing this. These were the words that drove her crazy the most. Moreover, there were also praises mixed in as well, causing her face to be flushed red from anger.

However, this was not her first time experiencing Li Qiye’s vicious speech. She took a deep breath and coldly glared at him to say: “What else can you do outside of having a sharp tongue?!”

“I’m very capable with regards to many things.” Li Qiye comfortably smiled and slowly said: “However, I’m a little reluctant to kill you right now. Of course, don’t get me wrong, I’m not saying that I like you, it’s just that I don’t really want to throw away such a good sharpening stone. At least right now, it is not that easy to find such a suitable one like you.”

Jian Wushuang was gritting her teeth to the point where you could hear them rattle. At the moment, she was itching to bite his flesh off. Otherwise, it would be difficult to erase this anger in her heart!

How could she not be full of grievances? She was proud and arrogant not only due to her power and great talents, but because she was also very beautiful as well. It could be said that she was known as one of the great beauties of the Stone Medicine World. 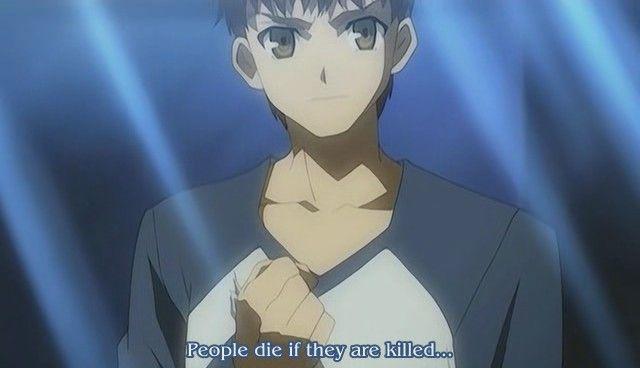