Chapter 576: Sweeping Through In An Unbeatable Manner

Chapter 576: Sweeping Through In An Unbeatable Manner

The Yin Yang Master was even more surprised that Li Qiye used an unbeatable weapon right from the start. The mirror was a weapon on the same level as Immortal Emperor True Treasures so its advance couldn’t be stopped by the master’s body no matter how powerful it might be, killing him on the spot.

Who would have thought that this might have happened? Until now, Li Qiye had never used a powerful weapon to kill his enemies, but now he had ended a Heavenly King with one move. If he didn’t use the mirror this time, then perhaps the master wouldn’t have lost his life right away.

This sudden change caused the spectators to be dumbstruck. Who would have thought that Li Qiye would kill someone right away due to a verbal quarrel? Such an action was quite taboo since this was akin to declaring war on the Yin Yang Gate.

After seeing the death of the master, the experts from the Ancestral City who were standing right behind him shouted: “Halt your assault!”

In just a split second, several dozen experts attacked with powerful treasures that all shot towards Li Qiye.

Li Qiye scowled in response as his twelve palaces roared while the Yin Yang Sea of Blood drowned the world. An incomparable blood energy empowered the mirror to sweep away all the attacking treasures. Meanwhile, his dual Immortal Physiques powered up to the maximum. Space suddenly fluctuated and in an instant, Li Qiye flashed across the cemetery to appear right behind these experts.

A spectacular scene appeared before everyone. With a flash from his body, all the treasures exploded like fireworks in the curtain of night, and the explosions were accompanied by the sounds of bones breaking. The moment Li Qiye’s figure disappeared, the experts lost both their treasures as well as their own bodies. Flesh and blood flew everywhere as their bodies exploded.

Up above were the colorful fireworks of exploding treasures and down below were the experts’ bodies becoming mincemeat everywhere on the ground. Such a scene was too stimulating to the senses.

With the dual physiques along with the light from the mirror, no one could escape their demise.

Li Qiye killed several dozen experts in an instant and was met by a cry from the camp of the Ancestral City: “Little animal, how impudent!”

This cry tore apart the world as dozens of old men rushed outside with bright lights flashing around their bodies as if they were deities. Their power caused others to shiver, and even Heavenly Sovereigns couldn’t stand straight.

Li Qiye was the first to take action when these old men rushed out from their camp.

The mirror resonated once more as a bloody moon and golden sun appeared. His blood energy also reinforced his cultivation. At this moment, he held the mirror with both hands, and it became brighter than ten suns.

Its ultimate attack was comparable to a Heavenly Annihilation or even an attack unleashed by an Immortal Emperor with full strength!

A Heavenly Annihilation was a True Treasure’s ultimate attack. Such an attack would turn Virtuous Paragons into ashes for they were helpless against it.

Under the pressure of this unbeatable strike, all Heavenly Kings and below were suppressed flat on the ground without being able to lift their heads.

The resonance of this strike alarmed all the realms. The other cultivators in the Prime Ominous Grave were scared out of their minds. The ancestors from the great powers could sense this world-destroying power and became extremely pale.

“This is insane. Is this an Imperial Massacre or a Heavenly Annihilation? Does someone want to shoot through the five realms?” An ancestor exclaimed in horror.

The arrival of the two True Immortals could annihilate everything before them. Who would be able to deter the Righteous Yang and Mysterious Yin?

“Resplendent Break — the unequaled attack of Immortal Emperor Fei Yang! Retreat!” The lord of the Ancestral City shouted in fear after seeing Li Qiye unleashing the strike from the mirror.

He had once heard of this attack. Immortal Emperor Fei Yang had used this move before to break apart the Ancestral Realm.

However, it was all too late. The extreme Yin and Yang swept through them and turned everything into ashes. The dozens of old men from the Ancestral City were annihilated without leaving behind a trace.

After this strike, Li Qiye then entered the path of death with an incomparably domineering aura as if he was unstoppable in this world.

Many experts from the Ancestral City failed to stop him as he opened up a path of blood just like he said before.

“Little animal!” From within the camp came another furious cry.

A vast imperial aura appeared. An undying from the Ancestral City could no longer tolerate the humiliation and broke his seal. This character of the ancestor level rushed forward with a surging imperial aura. Clearly, he was carrying an emperor’s weapon.

“No, let him go! It is not worth wasting your lifespan for a junior.” The city lord immediately stopped the ancestor who held the emperor’s weapon.

At this time, Li Qiye had already embarked on the path of death. He turned around to face the ancestor and the city lord with a relaxed attitude. He put away the mirror then gazed at the old ancestor before calmly speaking: “I’m temporarily occupied with the path of death and have no time to talk to you guys. I’ll stomp on your Ancestral City once I return!”

The ancestor almost vomited blood from anger and had the impulse to rush forward. Li Qiye had killed almost one hundred experts from the city in a second, he didn’t even spare peak Heavenly Kings, so how could the city not be furious?

However, the city lord was strangely calm and replied: “Ignore him. If he wants to enter hell, then let him be.” He coldly stared at Li Qiye as his eyes were deriving a terrifying universal law. Ever since Li Qiye stepped onto the path of death, the city lord had been looking at him as if he was looking at a dead man.

Li Qiye’s announcement caused everyone to be dumbfounded. He was arrogant to the point of saying that he would destroy the Ancestral City! Li Qiye was the only one in the current generation who would dare to utter these words.

Li Qiye was too lazy to look at his opponent any longer and disappeared inside the path of death.

“Go to hell. Don’t come out or I’ll send you back again!” The enraged ancestor cursed. He was shivering from anger but he didn’t give chase after seeing Li Qiye going inside the path of death.

The city lord was very calm since in his eyes Li Qiye was already dead. In the endless river of time, no one had ever left the path alive; even Godkings would die inside.

As for the rest... His announcement earlier had already startled them, but now that they saw — with their own eyes — him enter the path of death, they became even more bewildered. Their first thought was that he was crazy, that there was a problem with his brain, or maybe he was tired of living.

“Is he insane?” A Heavenly King from the previous generation asked whilst in a daze.

However, it seemed that he went crazy and ran into the path of death instead.

Everyone knew that the path of death had no chance of survival. People had never heard of someone leaving it alive, not even unbeatable Godkings. These were existences who could fight three hundred to five hundred rounds against an Immortal Emperor. Think about it, if even Godkings died on the path of death, then other people shouldn’t even dream about passing.

This news quickly spread around, driving all the listeners crazy. His declaration of destroying the Ancestral City became insignificant compared to him entering the path of death.

“One can survive against the heavens but not themselves.” A great character lamented after hearing this: “He was alive and well yet he chose to run into the path of death. What is the point outside of committing suicide?”

Many great characters from the human race sighed in regret.

“What is wrong with Li Qiye? Defeating Di Zuo and having twelve palaces already made him the number one in the Sacred Nether World, and becoming the Immortal Emperor in the future would definitely not be an issue. If he kept on going like this, then he would definitely achieve invincibility. Why enter the path of death now?” Another human expert added.

In a short period of time, many didn’t understand his choice regarding the paths. They only came up with one possible answer: he was tired of living.

While the rest were confused, Li Qiye was walking on the path of death.

The path of death was silent and shrouded in a frightening mist. He slowly proceeded deeper as the corpses below his feet became more numerous. It was apparent that they were great characters when they were alive; even remnants of Virtuous Paragons could be found.

He marched through these white bones in this serene and dreadful atmosphere. The only sound that could be heard was that of his steps crushing the bones. 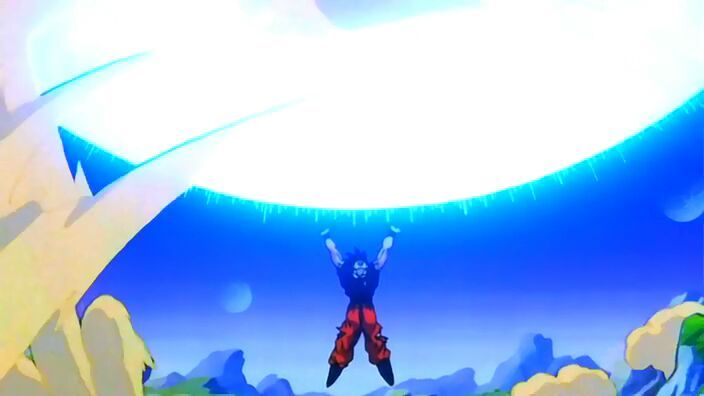