Beastmaster Descends on Wuxiaworld! The Return of Wei!

Hey guys, I'm absolutely tickled to be announcing that Beastmaster of the Ages has gone live on Wuxiaworld!  It's been one of the most popular VIP sneak peek novels we've seen in a while, and now it hath come to the masses!  Just as exciting - it marks the formal return of Wei!  Wei was our translator who finished Terror Infinity long ago on Wuxiaworld, and ever since then he's been lurking around, honing his craft while trying to find the perfect book for him.  Now, with Beastmaster, he has found it and we...

No one would deny Li Qiye’s invincible might, but because of his young age and limited cultivation, he still had a long way to go before challenging Virtuous Paragons!

Everyone felt that competing against one ancestor was already arduous, let alone three at the same time. This was simply impossible. Many speculations appeared; some awaited a miracle while others prayed that Li Qiye would die a miserable death to the three ancestors.

To the younger cultivators, Li Qiye was so heaven-defying that if he continued to live, the young would never have a chance to rise. No matter how great they might be, the Heaven’s Will wouldn’t be meant for them. They also knew that no one in the younger generation could kill Li Qiye, so they had to rely on the previous generation, such as these ancestors.

Li Qiye watched the careful approach of the three ancestors and smirked: “Hurry up, don’t waste my time.”

At least, in the three ancestors' eyes, his expression and attitude were a blatant disrespect. They were Virtuous Paragons, people who instilled fear in all beholders; even descendants of emperor’s lineages were no exceptions.

But at this moment, Li Qiye’s leisured attitude was as if he didn’t put them in his eyes, and they couldn’t accept this.

They rose into the air, refusing to believe in the impossible, that Li Qiye was heaven-defying to the extent where he could solo the three of them. They chose the most advantageous positions for offense and roared: “Kill!”

Their attack was so devastating that it caused the grand dao to shatter and the stars to fall. Such a terrifying aura instilled horror in the spectators. The weaker ones could do nothing but lie on the ground without being able to stand back up.

An attack from a single Virtuous Paragon was already extremely terrifying, so it was needless to say what happened when there were three. Even the most powerful Heavenly King would be rendered into ashes, let alone a young person like Li Qiye.

The hearts of Daoist Bao Gui and the rest of the elders jumped out of their ribcages after seeing this onslaught. They were full of regret and thought that Li Qiye shouldn’t have been this careless. If they would have known that this would be the outcome, then they would have stopped his enemies in his stead.

“Crash!” However, a splashing sound resounded at this moment. Right before this attack could destroy Li Qiye and turn him into ashes, a huge carp suddenly jumped up. No one knew where this carp came from since the pond before them couldn’t contain such a huge carp. Only an ocean could house such a big beast! It seemed like this carp had jumped out from another world.

It immediately attempted to swallow the three Virtuous Paragons from the Titanic Crescent Sacred Ground. In this very second, the three ancestors panicked and wanted to flee, but they couldn’t escape its gigantic maw and were swallowed like prey.

“No!” Their unwilling screams echoed out from within the carp’s mouth. Unfortunately, they didn’t even have the chance to feel regret.

The carp was not satisfied after swallowing the three ancestors from the emperor’s lineage. It was a sad fate of dying without a burial ground.

This scene stunned everyone. No one expected for a huge carp to come out, but they were even more shocked that it swallowed three paragons like three little flies.

“It’s the Diamond Carp!” A person calmed down and shouted. Then, the crowd all ran far away to keep a distance; no one dared to come any closer.

Although those who had chased after it before were full of dread, Daoist Bao Gui’s group, of course, was completely pale because they chased after the carp all over the Water Realm for the longest time.

During their chase, they had never seen it attack anyone because it was very mild tempered and wouldn’t take the initiative to attack. Its speed was also very fast, much faster than a Heavenly King.

Moreover, they didn’t expect for it to be strong to the point of being able to swallow three ancestors so easily. How frightening was this? If they knew that it was this dangerous, they wouldn’t have been courageous enough to chase after it.

Think about it, who would dare to chase after an existence that could kill three paragons? If it became annoyed, then it would swallow the entire group.

Those who previously had intentions of attacking it were now drenched in cold sweat. Luckily, they didn’t successfully chase it down or else the result of the three ancestors would be repeated on them.

“No!” The sacred lord from the Titanic Crescent camp bellowed miserably. His countenance was as white as paper. He thought that if the three ancestors came into being, they would be able to take back the mountain bell. How could he have known that not only would they fail to do so, but they would also become food for the Diamond Carp?

The sacred ground suffered a heavy loss at the moment after their failed gamble.

“Who doesn’t know an old trick of baiting people with words?” Li Qiye said and smiled after seeing the Diamond Carp swallow the ancestors. He slowly continued: “If you want me to jump into your trap, then I’ll dig one for you as well. We’ll see who will die in the pit!”

Li Qiye’s slow words caused everyone to feel a chilling sensation. The three ancestors wanted to entrap Li Qiye with praises, but Li Qiye also did the same. Finally, the ancestors failed to kill him and only jumped into his trap.

It was just like Li Qiye had said, he could still fight one on three without lifting a finger.

“This brat wasn’t going to do anything from the start!” A great character from the previous generation of the ghost race spoke while quivering.

What puzzled everyone was how Li Qiye managed to control the Diamond Carp. Only Lan Yunzhu knew the answer to this question.

“Splash!” When everyone was still terrified, a clear splashing sound appeared. The whirlpool in the middle of the pond was receding. The water fish and turtle that carried the tablet slowly swam back to the middle to return to their nest.

“Splash!” The whirlpool became smaller and smaller as the Diamond Carp roared with a dragon-like cry.

Li Qiye rubbed its head and said: “Go, you won’t be able to go back if it closes.”

The Diamond Carp didn’t want to leave and kept on rubbing on Li Qiye’s hand, but it eventually jumped back into the pond. With a loud splash, it disappeared before everyone’s eyes. It was difficult to believe that such a little pond could contain the huge Diamond Carp, but maybe it wasn’t so strange after all since each step was a single world in this pond.

“Crash!” The whirlpool spiraled with ripples and eventually disappeared like it had never been there at all.

“No—” An unwilling person let out a cry, but he was powerless and could only watch it disappear. The group also realized that the big fortune was now gone.

Many were unhappy since they spent so much time here to no avail. They desired a big fortune but couldn’t harvest anything.

Lan Yunzhu, alone, obtained the biggest harvest — the unique Night Era Flower. At the very least, the outsiders seemed to think so. They were not as lucky as her since they had no way of entering the pond.

“Goddamned pond, it is better to leave this creepy place.” Many people gave up and started to curse before leaving.

Although they knew that there were treasures inside, the only thing they could do was to watch while sighing in disappointment. What could they do since they couldn’t even take sixty steps, let alone one hundred steps?

Some were able to take one hundred steps, like Tian Lunhui for example. However, he came from the All-Eras Ancient Kingdom so treasures were not as tempting to him. Unless it was a huge creation from the legends, Tian Lunhui wouldn’t make a move. 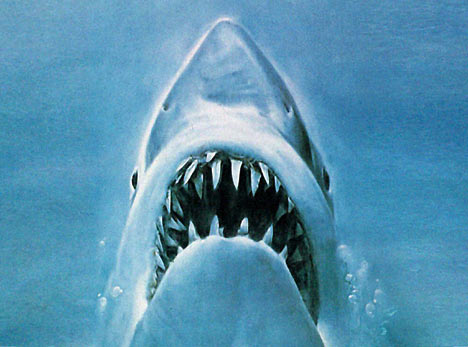