“Xshhh!” The rushing torrent of flames suddenly shot out a universal law in the form of a divine chain into the fiery ocean.

“Ahh!” A miserable scream came out. A Bronze-Carapace Insect the size of a fist with a shining husk was penetrated, and the law chain instantly burned its body.

“Young lady, save me!” The Insect King cried out for help.

This insect was the king and it wanted to use its powerful cultivation to withstand the refined sunfire for a moment where it would then get closer to Li Qiye and deliver a fatal blow.

However, it never had the chance. The insect was pierced by the divine chain in an instant as its body burst into flames.

“Nooo!” The Insect King pitifully bellowed. At this moment, it was feeling its life essence melting away as it truly felt fear. It was very difficult to kill the Bronze-Carapace Insect Tribe because they could change bodies. But now, since its body was pierced by the divine chain, it couldn’t break out. The chain that pierced through its body swiftly burned the insect’s life force as it struggled on the verge of death.

“Li Qiye, halt your assault!” The Phoenix Maiden shouted after seeing this scene and went on to attack. With a screech, a phoenix spread its wings and covered the nine heavens, then it flew towards the sea of flames to attack Li Qiye.

“You won’t do!” Li Qiye’s voice rang from inside the sea of flames. With a roar that pierced the heaven and earth, a gigantic Primordial Kun Peng rushed out of the sea of flames. It soared in the sky as its wings were capable of slapping down the stars; with a slash as if it came from a divine blade, these wings cut into the fiery phoenix.

This was not the first time these two had exchanged blows. The maiden’s fire phoenix was not a match for Li Qiye’s Primordial Kun Peng.

“Boom!” The fire phoenix was blown away by the Kun Peng’s gigantic wings and disappeared, leaving behind a Phoenix Maiden that was smacked far away into the distance while spewing out blood.

Li Qiye didn’t stop there. The Kun Peng let out a long roar and, with an incomparable speed, it chased after the wounded Phoenix Maiden. Its claws tore apart the world as it once again slashed at the maiden.

The maiden was scared out of her mind since she couldn’t escape these claws with her speed. As her life hung on a thread, a dragon roar suddenly appeared. A dragon claw swiftly rushed forward and grabbed the maiden away right under the Kun Peng’s claw.

The person who suddenly joined the fray was Long Zuntian. He moved at an extreme speed to save the maiden’s life.

Meanwhile, in the sea of flames, a pitiful and unwilling scream was still ringing out: “Ahhh!” The Bronze-Carapace Insect King was burnt to ashes. With that, the sea of flames covering the sky converged back into nine suns behind Li Qiye. The Primordial Kun Peng also flew back to Li Qiye and hovered above his head for a moment before slowly disappearing.

Li Qiye watched the Phoenix Maiden being rescued by Long Zuntian, but he was not in a rush to kill her. He slowly walked forward as ashes fluttered in the sky, ashes of the countless dead Bronze-Carapace Insects.

“So you finally want to take action?” Li Qiye asked and looked at Long Zuntian with a smile.

Li Qiye didn’t care for ordinary sovereigns or even ordinary Heavenly Kings, but his current attitude showed that he held relative respect for Long Zuntian.

Of course, Long Zuntian wasn’t someone that ordinary Heavenly Kings could compare to. Although his cultivation halted at the Heavenly King realm, he was also a grand completion Saint Physique.

Long Zuntian gazed back at Li Qiye as his spirit surged along with his blood energy. All the rings around him expanded as they poured down a primordial essence that immersed him within. It was as if these rings were opening a new world for Long Zuntian.

In just a split second, he exuded a terrifying aura like an awakened dragon. He was silent, but people could hear the intermittent roars of dragons, causing them to be startled.

Afterward, the moment his blood energy all came out, waves of buddhist lights began to emanate from his body as if he was a sacred Buddha protected by a gigantic dragon.

The moment when his will to battle came to life, he suddenly became younger by several dozen years and had a spirited style capable of proudly walking across this world. He had returned to a younger age!

“Grand completion Saint Physique on top of being a heaven-defying Heavenly King!” Many shivered at the sight of Long Zuntian’s terrifying aura. Not to mention trivial sovereigns and kings, even ancestors from the great powers had to be cautious.

A supreme genius like him, with the power of a Heavenly King along with his physique, surely could kill all Heavenly Kings. He even had the ability to fight against ordinary Virtuous Paragons!

“The paragon genius of an entire generation… What a shame…” Seeing Long Zuntian’s proud style that could reign over this world, the ancestors hiding in the darkness lamented with regret.

If he hadn’t been born in the Difficult Dao Era, then today, he would have loomed over many ancestors of the great powers and might even have become an existence of the legendary master level.

Unfortunately, his birth was inopportune and the Life Reduction left a fatal wound, stopping him from reaching the peak.

“Diamond Saint Physique!” Seeing the gigantic dragon protecting the sacred Buddha left Li Qiye with a smirk as he said: “A bit interesting. A grand completion Diamond Saint Physique could stop an attack from an emperor’s weapon… I do want to give it a try.” [1. The word diamond here has a lot of meanings, but diamond is nice because it also has the indestructible property of this physique. Here are the meanings: Vajra, Buddha's warrior attendant; diamond; hard metal. I also thought about using Vajra, but it is more commonly used as a thunderbolt weapon from sanskrit mythology.]

“I wouldn’t say that I can stop an attack from an emperor’s weapon wielded by an ancestor, but if it is a Heavenly King wielding the weapon, then I am confident that my Saint Physique can stop it!” With great spirit, Long Zuntian spoke with great confidence. His proud demeanor made him even more attractive.

Everyone believed his words without any doubt. He was a supreme genius of the previous generation, and his illustrious record had proven his strength!

“Good, I like to hear these words since my favorite thing to do is to test the limit of physiques.” Li Qiye smiled and said while looking at Long Zuntian’s Diamond Saint Physique: “How about we have a match with our physiques!”

“Whatever you want!” Long Zuntian confidently replied. He was confident in fighting against even legendary minor completion Immortal Physiques with his grand completion Saint Physique. Alas, he had never seen one since he began his dao path.

“Then let us start!” Li Qiye’s gaze became serious. His chest shot out a wave of light as bright as the explosion of the sun while the space around him suddenly shook twice.

Long Zuntian was astonished. A divine buddhist light surrounded his body. In this second, he exerted the Diamond Saint Physique to its maximum potential.

At this moment, both of them took action and slammed into each other at an unbelievable speed. Long Zuntian’s speed was fast as he utilized his Heavenly King cultivation to the limit. Li Qiye was even faster and he inched closer in just a flash.

Their speed was too fast. Not to mention the other experts who couldn’t see anything, even the ancestors couldn’t grasp this split second acceleration.

“Boom!” The two collided, resulting in a deafening blast. It was as if the world had exploded! A blinding light illuminated the heavens for many miles. That one blow seemed to have destroyed dozens of suns, creating a dazzling spectacle.

Once this blinding light disappeared, everyone saw Li Qiye and Long Zuntian in a standoff position. The two of them were unscathed as they stared at each other like two bulls in an arena.

“Crank crack!” At this time, the spatial fabric broke like glass and a terrifying black hole appeared.

Because of the earlier blinding flash of light, the ancestors from the great powers couldn’t see the moment of collision between Li Qiye and Long Xuntian, so they had missed a good scene.

However, after seeing the broken space, everyone understood that the earlier blow from the two was very frightening.

“The later waves will surpass us.” Long Zuntian gently sighed and said while withdrawing his proud attitude. It seemed that he had become dozens of years older again. He then lamented once more: “I am old, this world belongs to the younger generation.”

His words caused many people to feel down. Could it be that Long Zuntian had lost? If this was the case, then it was truly bizarre.

Li Qiye calmly said: “Already lamenting before the outcome is decided, isn’t that too early?”

Many became lively again. Earlier, they thought Long Zuntian had lost, but this didn’t seem to be the case.

Long Zuntian shook his head and said: “No, I am now old and no longer have the courage and boldness from back in my youth.” He then continued on while gazing at Li Qiye: “You really have the qualification to become Di Zuo’s top rival.”

People’s minds quivered after hearing this. Long Zuntian was Di Zuo’s dao mentor, yet he recognized Li Qiye’s ability. One could imagine just how heaven-defying he must be! Li Qiye actually had the strength to fight against Di Zuo? 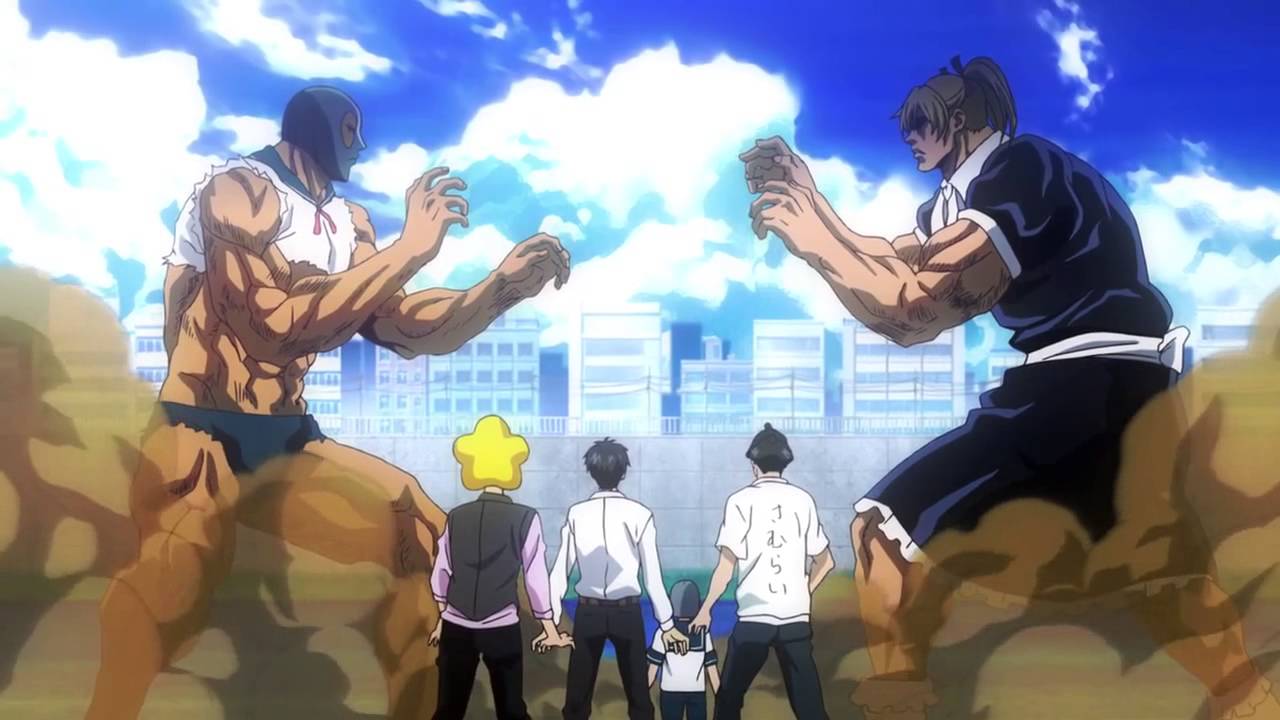