Chapter 526: Cultivating in the Alchemy Garden

Chapter 526: Cultivating in the Alchemy Garden

After saying this, Li Qiye took out the Prime Ominous Key and slowly unfurled it. At this time, the key was just like the royal decree of an emperor.

Both the Soldier Tree and the Silkworm Dragon Soulgrass and even the Ginseng Ancestor became silent. They all looked at the key in Li Qiye’s hand. Eventually, the Soldier Tree scowled and didn’t give his opinion.

Without a doubt, these trees allowed for Li Qiye to use the medicine field in front of them.

Li Qiye then smiled and said: “My thanks. I will only cultivate here, so you guys don’t need to worry about me. Do as you please.” With that, he sat down in a meditative pose and took out his Myriad Heavenly Cauldron.

“Buzz!” After it was taken out, the cauldron turned into a giant frog and spewed out powerful flames like a wolf staring at lambs. It looked at the Ginseng Ancestor, then at the Dragon Soulgrass and it didn’t leave out the reincarnation vine… It looked as if it wanted to eat all of these immortal vegetations.

“The Myriad Heavenly Cauldron!” These grasses and trees all exuded sky-pillaring auras; they were ready for battle.

Li Qiye stopped the cauldron from provoking the immortal vegetations and said: “Hey now, stop, we all need to live together peacefully.” He added with a smile: “We are only here for cultivation, not to eat immortal medicines.”

He stroked the cauldron and persuaded: “You have eaten too many spirit medicines so there is no need for more. The thing you need to do now is to refine all the essence in your body so that they can harmonize to turn your medicinal trove into the best trove possible. Otherwise, it would only be a waste if you eat even more.”

Since an archaic age, the Myriad Heavenly Cauldron had devoured countless mixes of herbs. Although it had an amazing medicinal trove, the essence of these different herbs couldn’t completely fuse together, and its power did not reach the level of an Immortal Medicine or True Immortal Medicine.

Li Qiye continued to stroke and speak to the cauldron: “This medicinal field has been blessed by the heavens so this is a very rare opportunity. Cultivate here to refine and melt all of the different kinds of essence within you.”

Eventually, the Myriad Heavenly Cauldron obediently turned into a regular cauldron next to Li Qiye and obeyed his command.

The group of immortal vegetations angrily scowled then left the field. To them, the cauldron was an unforgivable enemy. Because of its presence, they didn’t want to linger around any longer, so they temporarily gave way for Li Qiye.

Li Qiye then sat down and told Lan Yunzhu: “You should also sit down and cultivate. This field is unique in this world and it is hard to see it again. Use this chance to strengthen your True Fate and dao foundation, it will definitely be beneficial for you. However, if you don’t want to, you can go take a look around.”

With that, Li Qiye closed his eyes and opened his Fate Palaces. With a deafening blast, all of his palaces opened with his True Fate along with a dao foundation that looked like a galaxy. After a long roar, the foundation then turned into a Primordial Kun Peng that shrouded the sky.

“Boom!” His palaces then turned into a kingdom as the Terra’s Root instantly dug into the medicinal field. It quickly sucked up the extremely refined worldly essence from the field, so the kingdom inside the Fate Palaces was quickly filled with this new source of energy.

More rumbling blasts resounded. His Life Wheel took action; its rolling blood energy flowed into the dao foundation like a long river flowing into the sea. The Revolving Crescent Sun Law crazily sucked in worldly energy. Like a devil, it crushed Li Qiye’s blood energy then the worldly energy and fused the two of them together before sending the newly formed energy back into his foundation and True Fate. In just a minute, Li Qiye’s True Fate emitted a blinding brilliance.

Li Qiye had been refined by the Worldly Prime Liquid so his body, dao foundation, and True Fate could be said to be perfect.

This time, Li Qiye wanted to use this medicinal field to temper them once more. Because he had opened ten palaces, he needed an even better condition to refine his dao foundation and True Fate. Only this type of training would allow his potential to become limitless and gain the opportunity to open the eleventh, twelfth, and even the thirteenth palace from the legends.

“Rumble!” Meanwhile, the cauldron sucked in an endless amount of refined essence while its treasure trove appeared. It was as vast as a sea with dense medicinal essences.

Lan Yunzhu was shocked to see such a scene and wondered just how many immortal herbs this cauldron had devoured to have such a treasure medicinal trove.

Li Qiye then roared again as his foundation turned into the Primordial Kun Peng. The creature flew into the sea of medicinal essence and immediately turned into a gigantic incubator, allowing Li Qiye’s dao foundation to wildly refine the Myriad Heavenly Cauldron’s medicinal trove.

The True Fate channeled the worldly energy and blood energy to harmonize the essences. In just a second, newly refined sources of energy filled the cauldron and strengthened it repeatedly. Universal laws smoothly poured down onto Li Qiye’s body like a waterfall, tempering both his body and the Myriad Heavenly Cauldron.

At this point, the cauldron and himself reached a new level of synchronization as Li Qiye borrowed the cauldron’s medicinal trove to strengthen both of them in a complementary manner.

Lan Yunzhu also followed suit after seeing Li Qiye meditate. She opened her Fate Palaces and borrowed the worldly essence in this medicine field to refine her True Fate and dao foundation.

A green smoke filled the garden as pure energy drifted everywhere. This place was not a simple medicine field, it was also a supreme land. This was why amazing existences like the Silkworm Dragon Soulgrass and the Ginseng Ancestor were absorbing energy at this place.

The worldly energy continuously moved as Lan Yunzhu’s dao foundation turned into an eternal river with nonstop changes. She had dual saint talents with her Saint Fate and Saint Wheel. It could be said that her talents were excellent, so her worldly energy absorption speed was very fast. Her True Fate became blindingly radiant with universal chains hovering around it. At this minute, it was as if the heavenly dao had become closer to her.

As she looked around, she felt an endless power as if this was the right path of the dao. As this force pervaded the area, it was as if all of the energy in all the nine worlds was being gathered at this place.

She turned around and noticed that this endless power was coming from Li Qiye’s body. He was no longer using the pure worldly energy to refine his dao foundation since the process had already been completed.

The tempering of the cauldron was also finished, so he had put it away as well.

He then sat in the medicine field with a solemn expression. The palaces floated above his head and turned into both the dao and a kingdom.

“Eleven Fate Palaces!” Lan Yunzhu exclaimed in shock after seeing the palaces above his head.

Before this, Li Qiye had nine stars and ten palaces — this was already shocking enough. Nine deserves utmost veneration, ten embodies extreme perfection! A person with ten palaces was already considered a heaven-defying genius with the fate of becoming a supreme existence.

However, Li Qiye had eleven palaces at this moment. During the refinement of his dao foundation and True Fate, he had opened a new palace.

“Eleven palaces… A miracle across the eons!”

Although eleven was only one more than ten, this was not an insignificant number. Even the most brilliant genius that was meant for greatness would find it nearly impossible to open another after having ten palaces. This was why eleven palaces was also called a miracle across the eons.

Those who had opened eleven palaces could be counted on one’s fingers, and some speculated that there were no more than three in total.

“Crack!” However, while Lan Yunzhu was astonished at the sight of eleven palaces, the meridian in Li Qiye’s forehead suddenly made a sound.

It was as if something else was digging inside and was about to burst out.

Lan Yunzhu immediately knew what was going on and uttered in horror: “The opening of the twelfth palace...!” She lost herself in fear. Twelve palaces... How terrifying was this?!

There existed a phrase in the cultivation world: eleven is a miracle across the eons, twelve decides the position of the Immortal Emperor!

In other words, one with eleven palaces would be a timeless miracle, but one with twelve meant that, who could be the Immortal Emperor during that generation if not they? Since time immemorial, no one had heard of someone successfully opening twelve palaces. 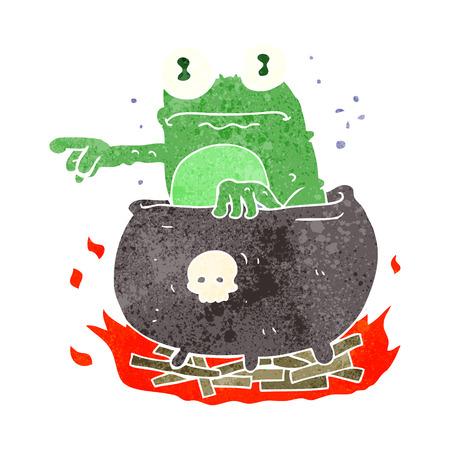