Thinking about having to choose a direction in this vast, endless void left Daoist Heaven Calculating with feeble knees. He was very scared, especially since there was only one Secret Realm. Earlier, if they were just a bit unlucky and picked the wrong time to jump, it would all be over. At this point, he couldn’t help but become drenched in cold sweat.

“What, you don’t trust me?” Li Qiye coldly glared at the daoist and asked: “Besides, I wasn’t afraid to die so what are you afraid of? Is your life more valuable than mine?”

“Haha, it’s a bad habit of mine.” The daoist wryly laughed: “The more one understands the workings of clairvoyance, the more they will be afraid of death. Ever since I was young, I would calculate every time I went outside to see if there was any danger or not. Hehe, but this little one knows that Sir is my auspicious spirit, and I’m sure that by following Sir, the star of luck will shine upon me!”

“Enough with your haughty laughter.” Li Qiye’s enjoyment caused Lan Yunzhu to angrily glare at him and say: “Within that endless void, how did you know that the Secret Realm was right here?”

The truth was that, when Li Qiye revealed that there might only be one Secret Realm in the entire Prime Ominous Grave, she was also scared out of her wits. Recalling that one wrong jump might have killed them left her shivering in fear.

She also didn’t notice anything special about the spot that Li Qiye chose. Even if she was asked to do it again, she wouldn’t be able to find the exact same spot. There were no discernable characteristics in that vast and empty space.

While Lan Yunzhu stated her question, Li Qiye was looking at the large lake ahead in a daze. He ceased his thoughts and smiled mysteriously before answering: “That is a secret only meant for me to know.”

Of course, he couldn’t tell her that he had been here before and how someone else had told him about the Secret Realms. After conducting many experiments, Li Qiye finally stumbled upon the method to find this Secret Realm. Fortunately for him, he was immortal, thus having ample time.

Like what the Ancestral Flow Master had said before, the Dark Crow was immortal, thus Li Qiye had the guts to experiment. Nevertheless, it still came at a cost along with a kind of pain that not just anyone could tolerate.

Li Qiye smiled and said: “Okay, the creations are right in front of you guys. Take your pick.” Having said that, he walked closer to the large lake.

Lan Yunzhu and Daoist Heaven Calculating also quickly chased after him. They went by the disorderly rock formation and inadvertently stepped on some round rocks.

The moment they did so, two round rocks suddenly pushed them away and abruptly stood up.

“Yah! Who is so blind as to actually step on me?!” Lan Yunzhu and the daoist became aghast when the two round rocks suddenly stood up and spoke.

At this time, they stared at the two rocks while being dumbfounded. No, they were not rocks but clearly two people, two dwarves. These dwarves were short and stout, yet they had long and sharp ears. Their green skin and pointy noses resulted in a very funny and weird appearance.

Cultivators usually saw many strange things, but to suddenly witness such a spectacle would frighten even the more courageous adventurers.

The daoist stared at the two dwarves in disbelief and exclaimed: “Oh man, what the hell is this thing?!”

“What the hell are you?! We are the Secret Realm’s elves, understand, little brat?”

Lan Yunzhu and the daoist were stunned. The Secret Realm’s elves — this sounded very pleasant, but it was completely different from the elves in their imaginations. No one would ever believe a dwarf calling themselves an elf.

“Don’t mind them, they are new and didn’t know that you guys were sleeping.” Li Qiye said with a wide smile.

“Hmph! No deals, no picking, don’t bother us!” The two Secret Realm’s elves were dissatisfied and loudly snorted. Then, they quickly rolled up their bodies back on the ground. They looked just like pudgy rocks once again.

At this moment, Lan Yunzhu and the daoist finally understood that what was ahead of them were not rocks, all of them were “elves.”

“You did it on purpose, right? You didn’t warn us beforehand so that we would stomp on these Secret Realm’s elves.” Lan Yunzhu quipped at him.

“Well… I simply forgot to mention it.” Li Qiye chuckled and leisurely replied.

In response, Lan Yunzhu only glared at him in a lively manner with a hint of playful flirtation. She was a beauty no less than the Divine Spark Phoenix Maiden.

She and the daoist then carefully made their way through the sleeping elves and followed Li Qiye to the large lake.

Li Qiye sat down by the lake and stared at the surface in quiet contemplation as if he was recalling something.

He had come here in the past. After many experiments, he finally found this Secret Realm. He also brought someone else here, but unfortunately, they didn’t obtain the greatest creation.

It was a time worth remembering, a time filled with laughter. Although Li Qiye was only a Dark Crow at that time, he liked to stand here to quietly listen to this happy laughter.

Lan Yunzhu noticed him sitting in a trance, so she sat down by his side and asked: “What’s wrong?” She felt that he had something on his mind.

In her memories, Li Qiye had always been nonchalant as if nothing seemed to be able to shake his dao heart. But this time, he had turned sentimental; this word didn't seem to be a suitable description for a ferocious and overbearing person like him.

If it wasn’t happening before her eyes, she would think that it was an illusion since she didn’t expect this out of him.

Li Qiye withdrew his gaze then looked over at Lan Yunzhu and asked: “Is the Exquisite Jewel from the Thousand Carp River still there?”

“The Exquisite Jewel?” Lan Yunzhu answered: “That is our emperor’s weapon, so of course it is still there. The jewel is an unbeatable foreign dao mysterious treasure left behind by our patriarch. It was personally refined by the patriarch as well.” [1. Patriarch here is just gender neutral; remember, Qian Li’s gender is still unknown, but we can assume that it is a lady from this chapter and when the two met before.]

“That’s true, your Immortal Emperor Qian Li did personally refine this amazing foreign dao treasure. This jewel incited greed from many, but very few people could understand its profundities.”

Lan Yunzhu, of course, knew this. Many generations of geniuses with the greatest talents in the river sect had studied the jewel and had great harvests. This also applied to her.

However, this was not why she found it strange, it was more about Li Qiye’s sudden attention to it. The patriarch didn’t only leave behind one Immortal Emperor Life Treasure, so she felt that something was amiss when Li Qiye specifically brought up the jewel.

“Why are you bringing it up?” Lan Yunzhu looked at him and asked: “Is there something strange about it?” Intuition told her that Li Qiye knew more about the river sect than they themselves did. For example, the Yin Yang Pond and the Golden Divine Willow.

“Just curious.” Li Qiye answered with a smile: “I’ve long heard about the fascinating Exquisite Jewel of your Thousand Carp River, so I couldn’t help but ask. Everyone is inquisitive by nature to an extent.”

“Stop!” Lan Yunzhu snappily glanced at him and said: “Uncle, don’t act as if I don’t know what you are like. Don’t always lie without batting an eye, it is extremely obvious.”

“Then I’m very happy.” Li Qiye replied: “This shows that us husband and wife have a mental connection; you are like a worm in my stomach!”

“You are the worm! So gross!” The angry Lan Yunzhu tried to kick him while gritting her teeth. Her expression showed that she wanted to beat him up.

On the side, Daoist Heaven Calculating just acted as if he didn’t see anything. With the two flirting like this, as an outsider, the daoist knew how to act; it was as if he was invisible.

“Okay, since we are here, let us not waste any more time. You two can pick your own creations. Remember, there is only one chance. What you get is up to your own fortune.” [2. Sentences like this makes me glad that I chose creation instead of using luck or fortune for it.]

“The creation is in this lake?” Daoist Heaven Calculating asked and stared at the large lake. Coming from the Heart-ghost Tribe, he was a very skilled diviner.

Li Qiye noticed the daoist’s interest in the lake and said: “Of course. There is a great creation in the lake. It is one that encompasses the entire Secret Realm. Do you want this one?”

“I wonder if I am fated to obtain it?” The daoist indeed was very interested. He understood that when Li Qiye said that it was a great creation, it must be indescribably heaven-defying and unparalleled.

He already knew that following Li Qiye into the Prime Ominous Grave was a great fortune, so if he could obtain this creation, then his trip would be over. He understood the heaven’s will and didn’t want to be too greedy.

Li Qiye said: “Very well. If you have the ability, then I shall give you this great creation. Go first. If you can get it, then it belongs to you.”

“Thank you, Sir.” The daoist was happy to hear this and quickly bowed towards Li Qiye. After hearing this, he knew that Li Qiye had a method of obtaining this creation, but Li Qiye was giving him a chance. 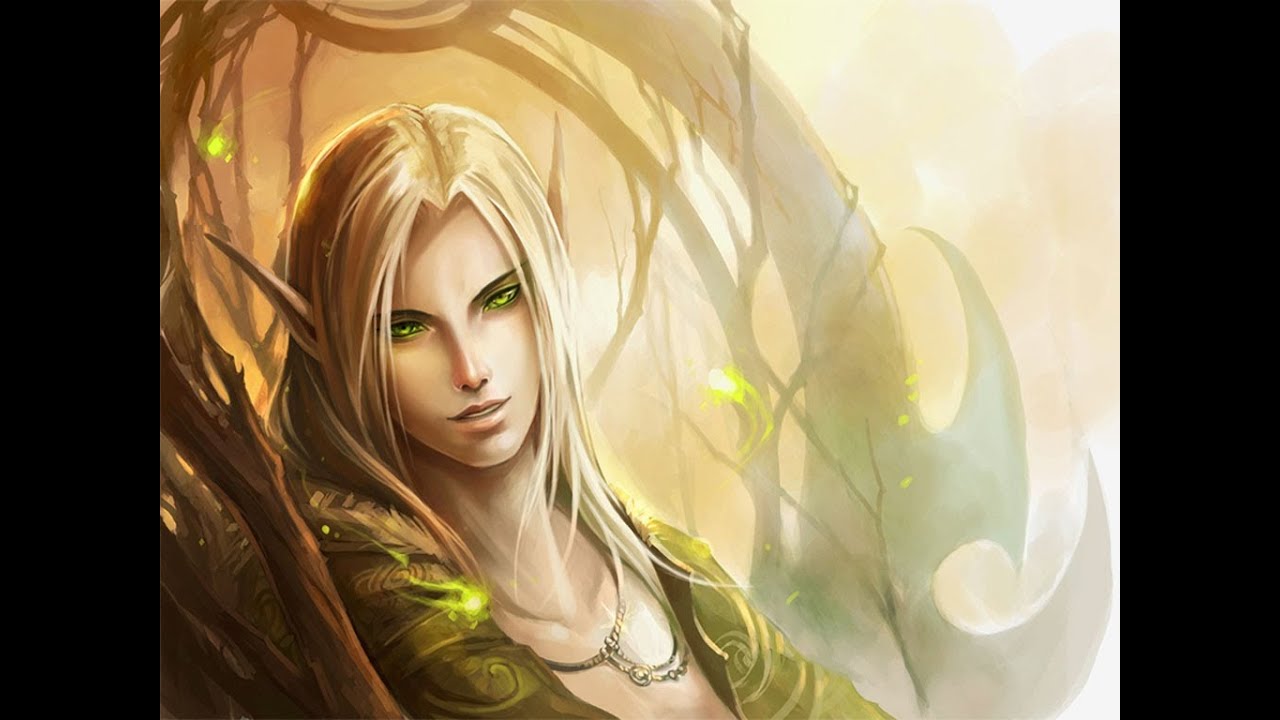 This is how handsome I am.[/caption][/spoiler]